If you took all the wealth in the world and leveled it among all the people in the world, what would our standard of living be? 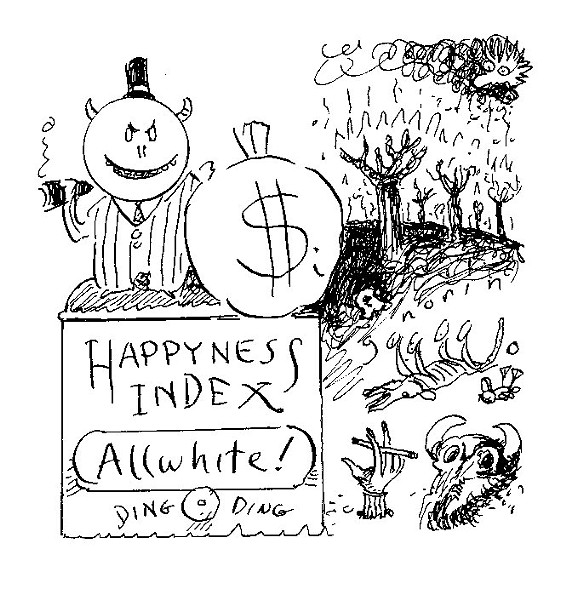 If you took all the wealth in the world and leveled it among all the people in the world, what would our standard of living be?

As it happens, Kathy, I've answered this very question once before: back in 1991, when the USSR was on the verge of collapse, and with it, seemingly, the dream of the socialist utopia you're describing here. At the time, with a gross world product of about $21.8 trillion, I calculated a global per-capita income of $3,100—a number, I wrote, suggesting that "a more equitable distribution of resources wouldn't beggar everybody."

Fast-forward to 2015. The world is richer, but an equitable distribution of resources most certainly isn't beggaring anybody; in fact, that kind of shakeup looks like an even more remote possibility now than it did a quarter-century ago. (But hey, let's not count Bernie out just yet.) Before we get into the numbers, a caveat: From today's vantage, an exact comparison is tricky because the units have shifted. I arrived at the 1991 figure by adding up all the world's gross national products. Since then, though, gross domestic product has replaced GNP as the standard primary measure of economic health. So, admitting our comparison will be rough, what we come to is this: If we add up each country's 2013 GDP, we get a gross world product of $75.5 trillion dollars. Divide that by the 2013 population, 7.2 billion, and we're left with a per-capita world income of $10,500—a decent gain on 1991, even after you adjust for inflation.

Of course, this rising tide is hardly lifting all boats. The per-capita GDP of the 10 richest countries in the world in 2013 was $76,500, that of the 10 poorest a puny $433. Leaving out the tiny principalities Monaco and Liechtenstein, Luxembourg has maintained the top spot now for two decades running, with Norway just behind it since 2000. (The U.S. typically clocks in around eighth or ninth, if you're wondering.) The other end of the GDP rankings hasn't been quite as consistent over the same period, with Burundi, Malawi and Ethiopia taking turns at the bottom.

So the numbers on inequality are stark. But what if we take a broader view—globally, is inequality growing or not? Here things get more complex, and the question provokes a surprising amount of disagreement among economists. It seems that, aside from an income gap, there's also an information gap: whereas tax returns in the U.S. and Europe provide rich (as it were) data for analysis, elsewhere researchers have to rely on surveys, which can return sketchier results—particularly with respect to where the wealthy have their money parked. So while some studies in recent years have indicated that global inequality is on the decline, a pair of IMF economists warned in 2014 that when you correct for the "missing rich," as they're called, it actually "might not have gone down at all." (One recent estimate put individual wealth kept in offshore tax havens at a gobsmacking $7.6 trillion.)

But countries don't exist in a vacuum anymore, and further muddying the issue is globalization. This has been great for the booming middle classes of places like India and, especially, China, whose middle class is now the largest in the world. It's been less great, of course, for the middle class in the U.S., where thus far the benefits of globalization have worked mainly to further enrich the 1 percent: imported Chinese goods have held down wages and employment (as documented in a 2013 paper from the National Bureau of Economic Research) while lifting the share prices of stocks held predominantly by the wealthy.

To hear the World Bank tell it, one of the more encouraging trends in terms of global income is that the proportion of people worldwide mired in extreme poverty—defined as living on $1.90 or less a day—will this year fall below 10 percent for the first time. Of course, that's cold comfort to the 702 million who don't make the cut; and critics suggest it's cold comfort even to many of those who do—$1.91 a day ain't exactly a walk in the park. As the author of a 2014 paper to this effect, Georgetown University economist Martin Ravallion, has put it, "The bulk of the developing world's progress against poverty has been in reducing the number of people living close to the consumption floor, rather than raising the level of that floor."

What Ravallion is talking about—and the substance of your inquiry, Kathy—is standard of living: a trickier metric than simple wealth. Some economists have urged that we focus less on dollar figures, for instance, and more on holistic measures of prosperity that take into account such factors as health, education and environmental sustainability. We could, for instance, enrich ourselves by burning the estimated $15 trillion in untapped coal, oil and gas extant in the world today, but it's not exactly an ideal scenario—hell, we're on that road already.