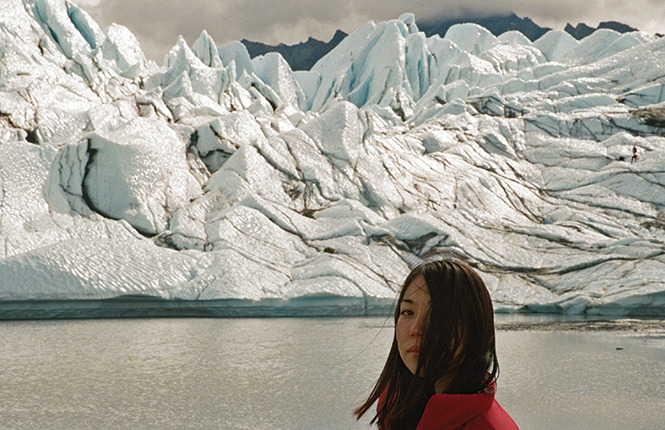 Our favorite local music writers take their chance to expound upon their very favorite releases from 2019 and music well-worth visiting or revisiting as we enter 2020.

Erin Moore, music editor
1. Sasami, Sasami
Sasami's eponymous debut album comes after years of her supporting indie mainstays like Cherry Glazerr and Wild Nothing, but on this album, the multi-instrumentalist doles out equal measures of Broadcast-style deftness and emotional grit à la Yo La Tengo. Sasami's soft, measured voice translates an old rage tempered with acceptance, resulting in a smooth, scar-like starkness. This is the kind of breakup album that—like Sasami's musical breakout—feels like it was a long time coming. The single "Callous" alludes to the bitter pain of a relationship stretched too long, with oneself lost in those strands of time. Fumbling with my phone as I pulled out of the alley of the Minneapolis apartment that hosted my own fraught, too-long relationship, Sasami is what I chose to listen to as I began my journey home. Opening track "I Was a Window" played as a weight lifted from my shoulders, and it's Sasami's perfect capture of that feeling which is so undeniably special.
2. HTRK, Venus in Leo
3. Men I Trust, Oncle Jazz

Nic Renshaw, contributor
1. Moon Tooth, Crux
Long Island prog metal foursome Moon Tooth delivered massively this year with their second full-length record, Crux. On a purely sonic level, Crux is merely exhilarating, dishing out high-octane bangers like "Trust" and "Thumb Spike" with style and flash to spare and bringing cathartic power ballads like "Through Ash" and "Motionless in Sky" to vivid, Technicolor life. However, it's the theme that really sets this album head and shoulders above anything else I heard this year. Frontman John Carbone's lyrics outline an emotive and thoughtful rumination on the sacrifices and struggles endemic to the unbridled pursuit of one's passions, and his vocal performance gives it a raw, human heart to keep all the instrumental pyrotechnics grounded in something real and relatable. Whether you're looking for a thought-provoking artistic statement or you're just in need of some face-melting guitar shred, Crux will no doubt leave you satisfied.
2. Default Genders, Main Pop Girl 2019
3. Pijn & Conjurer, Curse These Metal Hands

Parker S. Mortensen, contributor
1. Jai Paul, Do You Love Her Now / He
As someone who fell in love with Jai Paul's 2013 leak, I had fully resigned myself years ago to the fact that I'd probably never hear from Paul again. Then the two-track EP Do You Love Her Now / He came in June, and I was knocked on my ass. In some ways the new tracks feel anachronistic, like they carry the torch of his fully produced work unevolved. But it's what I always wanted: Paul's sexy falsetto thrumming its weird synths and guitar into a sound no one else approaches. Paul addressed fans in a letter unpacking the pain he'd felt from having his work stolen and sold. I had always felt guilty for hanging onto the MP3s. I couldn't let go, and I still can't. But to see an artist return so entirely in his element and to be so honest about his own last six years—I promise I won't let go of that either.
2. Dorian Electra, Flamboyant
3. Sophie, Oil of Every Pearl's Un-Insides

Zaina Abujebarah, contributor
1. Inclination, When Fear Turns to Confidence
After gaining a lot of traction with their first release, Midwest Straight Edge, Louisville, Ky.-based Inclination released their follow-up album When Fear Turns to Confidence in March 2019 with Pure Noise Records. While its track list only consists of five songs, the drug-free message delivered from this release is potent and impactful. Sonically, this album embodies the dominant state of hardcore this year with its thick, chuggy metalcore-inspired nature. The '90s metalcore influence comes through in every track, but the melodic guitars laced throughout and punky-drum beats set it apart from the rest of the current hardcore landscape. It's heavy, it's genuine and it's been on my rotation consistently since its release.
2. Judiciary, Surface Noise
3. Hereafter, Vamachara

Alex Murphy, contributor
1. Miranda Lambert, Wildcard
When I think about the music that stuck in my head this year, I think of Bill Callahan's tender words on the death of his mother. I come back over and over to the line, "Kisses sweet as hospital grapes." When I think of music that melted my brain, I think of Black Midi and 100 gecs, who seem to be swinging at the edges of music with skyscraper-sized hammers. But those are artists I engage with on a personal, atomized level. When I think about the music I talked about most, that opened up new interpersonal space, it's the kiss-off country of Miranda Lambert's Wildcard. "Way Too Pretty for Prison" is the revenge-on-your-ex song of the year, and "It All Comes Out in the Wash" is serious contender for "relatable fuck up" anthem of the decade. While there is an ongoing, important conversation to have about the corporatization of popular music, especially country, there is not enough serious conversation about road-trip singalongs and the conversations that follow them as merit of good art.
2. Denzel Curry, Zuu
3. Angel Olsen, All Mirrors