Should politicians swear in public?

Scott Renshaw: It's time to stop sanitizing discourse. We know bullshit when we hear it, and we know when someone is actually thinking "bullshit" even when we don't hear it.

Mason Rodrickc: Absolutely, they !@#$-ing should. Swearing is honest thought; we all swear, and when we do, we tend to mean it. We need to hear what they actually mean.

Alissa Dimick: They should be able to say whatever they want. I would love for #FeeltheBurn to say "Fuck you, Trump!" just like the rest of us.

Kylee Ehmann: I think politicians should only be allowed to swear and all other words should be off limits to them.

Jeremiah Smith: Politicians should speak as plainly to the public as they would to their closest friends. It's easier to ferret out bulls**t that way. I am fine with them cussing as much as their vernacular can handle.

Nicole Enright: I say yes. Because they are human and swearing is fine. Maybe it will help people loosen up a bit.

Jackie Briggs: I have the same policy on politician swearing as I do for grandparents. I don't know that they need to go f#&king crazy with it. But when they let a "bitch" or a "bullshit" slip, I actually start listening to what they have to say. Grandma means business.

Derek Carlisle: Fuck it, if they wanna swear, let 'em, it's probably the most honest words to come out of their mouths.

Pete Saltas: If a person is afraid to swear in public, I don't trust them. Unless, of course, they never swear in private. So how do we know if they swear or not? Are they keeping cuss word secrets from us? What else are they hiding? So many questions! Shit!

Cussing is gaining currency. You hear it often, unbleeped, in prime-time sound bites. That's my observation after months of bluster from the presidential candidates. Even mild-mannered Jeb Bush is cussing: "We're Americans, damn it!" he said with made-for-newscast gusto. Donald Trump handily trumped Bush with "bomb the shit out of ISIS," while Rand Paul called "bullshit" on increased NSA surveillance necessitated by the Paris ISIS attack. "Bullshit," by the way, is the same word Kirstie Alley used on The Today Show a few years ago, and "unadulterated 100 percent pure bullshit" is how NASA climate scientist James Hansen characterized the recent climate accord. Bernie Sanders was sick of Hillary Clinton's "damned emails"—a welcome applause line in this offbeat campaign—and Ben Carson is "crazy as hell," according to Lindsey Graham. Meanwhile, in Down East Maine, Jeb's father took a swipe at "old iron ass" Dick Cheney. Vice President Cheney, you may recall, snarled a "fuck yourself" at Sen. Patrick Leahy while they stood in the Senate chamber. The current VP, Joe Biden, congratulated President Obama on the Affordable Care Act with a man-hug and a compliment—"This is a big fucking deal!" Biden said. 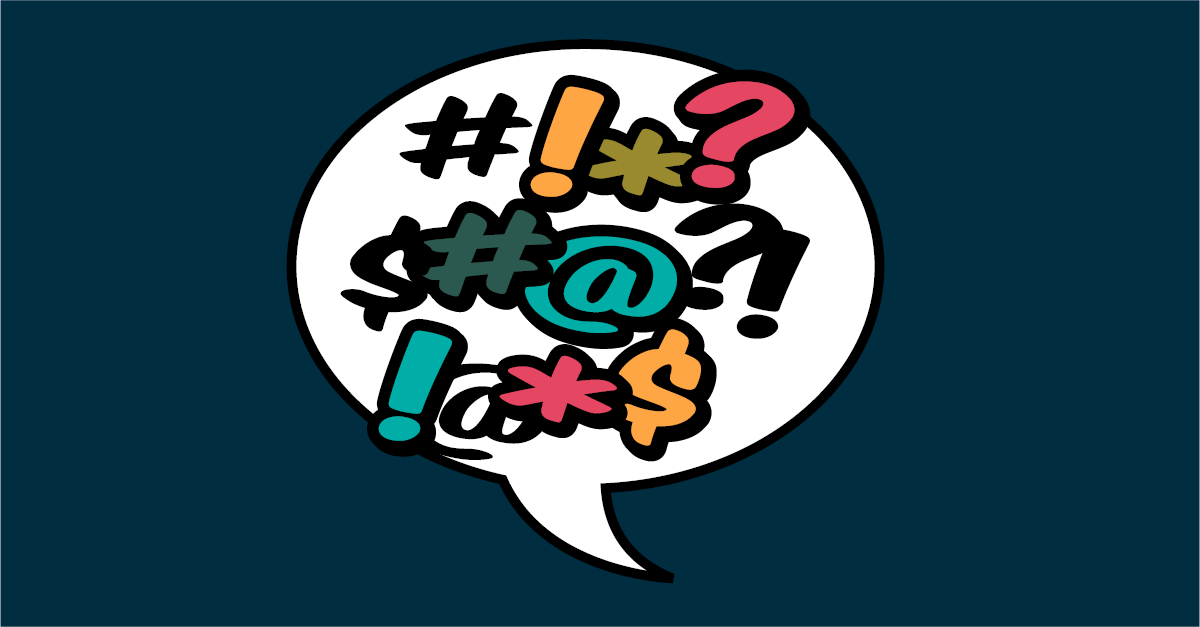 Granted, that assortment of vulgarities may not constitute a big deal. Politicians have been cussing for years, just like me, stand-up comedians and damned near everybody else. It is no secret that Rahm Emmanuel and John McCain can cuss as well as Richard Nixon and Lyndon Johnson (who named his penis Mr. Jumbo). The difference is that off-color language is now on the record, unapologetically. Profanity is being deployed in a calculated way, I think. On the one hand, a "damn" here or a "hell" there spices up the gruel of talking points. On the other, cussing is intended to ingratiate. When Jeb says, "damn it!" he intends the subliminal message to be that he is authentic and therefore worthy. Is Joe Sixpack sick of slick, focus-grouped politicians? Hell, yes!

If politicians are using vulgarity to win votes, others are using it for their own reasons. Browsing the bookstore for a gift for grandma yields Assholes: A Theory on prominent display. A recent edition of the Westminster College newspaper carried an op-ed about "fucking millennials." Jennifer Lawrence tells Stephen Colbert that Amy Schumer has a "sweet little ass and great tits." In my class at the University of Utah, the professor says, "What the fuck?" as nonchalantly as though he were texting WTF? to his homeboys. A review of The Big Short in New York Magazine by Jessica Pressler reads, "In the beginning, banking was a fucking snooze. But according to the audience, the movie was not. They laughed in all the right places and got quiet in the third act when it all goes to shit."

Movies provide evidence that cussing has become acceptable. In 1939, when Clark Gable said, "Frankly, my dear, I don't give a damn" in Gone With the Wind, a righteous uproar ensued. In 2013, the 569 F-bombs exploding in Wolf of Wall Street received passing notice. The Martian was granted a PG-13 rating in spite of an F–word or two.

That a creeping transition is underway is evident in a 2014 speech given by Orrin Hatch, our senator for 39 years. "I get a big kick out of [Democrats] using the word 'progressive,'" he said. "My gosh, they're just straight old dumbass liberals anyway." If prim Hatch can go public with "dumbass," the train has left the station!

It seems pretty clear that the censorious bleep will eventually fall into disuse, along with the verb "to bowdlerize," as cussing becomes cool. Utah will be on the trailing edge of the trend, its head in the sand. But I do think change has begun along the Wasatch Front. I have LDS friends who prefer "hell" to "heck," and "damn" to "darn" over the backyard fence. Peter—a church-going 9-year-old I know—wrote a confessional letter to Santa this year. Among his lapses, he wrote, was using the words "F, S and H." He hasn't tried the B-word yet. But "bullshit" shows up a lot in the columns Robert Kirby writes for The Salt Lake Tribune. (He spells it %&$#@*!) That a creeping transition is underway is evident in a 2014 speech given by Orrin Hatch, our senator for 39 years. "I get a big kick out of [Democrats] using the word 'progressive,'" he said. "My gosh, they're just straight old dumbass liberals anyway." If prim Hatch can go public with "dumbass," the train has left the station!

I am an old, dumbass liberal who cusses enough to irritate my wife. My father's favorite expression was "Oh, for hell sakes!" His forbears were pioneers who enjoyed this bit of LDS folk humor recounted in Danish dialect:

Jens Jenson was a good fellow. Everybody liked him as an honest fellow. His only fault was that he swore so much. The bishop came to him and said, "Jens, you should come to church. Come up to church." And Jens finally came up. It happened to be a testimony meeting, and all of his old friends were popping up giving their testimony. Jens finally got nerve enough. He stood up, got started and said, "Oh, good hell. I can't do it!" And he sat down. So right after church, the bishop came up and patted him on the shoulder. "You are doing all right, Jens," he says. "Now, the only thing the matter with you is you swear a little too much. Especially you should not swear in church."

Nor did J. Golden Kimball, "the swearing LDS apostle." "I won't go to hell for swearing," he said, "I repent too damned fast." I doubt Kimball took offense when others cursed and so provides a Golden lesson for those who cuss and those who don't. CW