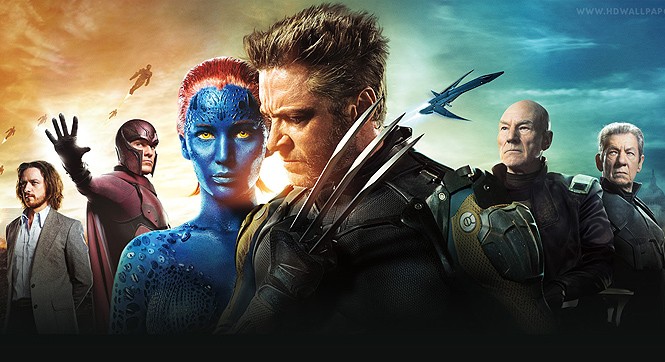 X-Men: Days of Future Past

Wolverine (Hugh Jackman ... still) time-travels to 1973 to stop the creation of the mutant-hunting Sentinels, and then maybe teach the younger X-Men a thing or two about kicking ass, proper sideburn curation and Broadway musicals. (Fox)

Max (Kat Dennings) and Caroline (Beth Behrs) open their cupcake shop in the back of the diner and go to baking school while still waitressing, and yet somehow find the time to drop 6.5 vagina jokes per minute. God bless 'Merica. (Warner Bros.)

After a man's (Ben Barnes) daughter winds up in a coma, things get worse when his wife (Sarah Roemer) finds out he's been sleeping with a co-worker (Eliza Dushku), and his daughter begins talking to him telepathically. But locked in what? (Lionsgate)

Renowned scientist/dog Mr. Peabody (voiced by Ty Burrell) and his boy sidekick Sherman (Max Charles) travel through time via the WABAC machine to fix the history they inadvertently screwed up by traveling through time. Wha? (Fox)