You There, God? | The Straight Dope | Salt Lake City Weekly 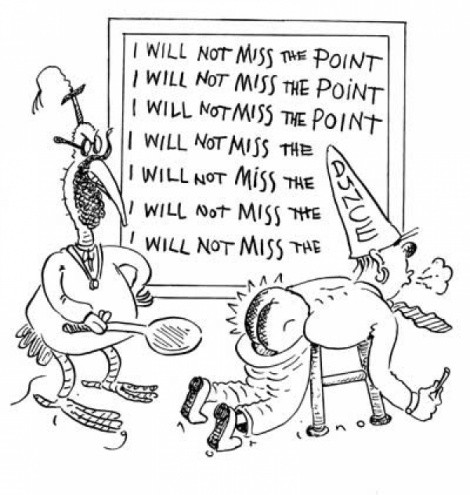 Know what I think about your answer [to the question of whether there’s a God]? (I mean, besides the fact that it was a load of soft-pedaling quasi-theistic horseshit?) I think the subtext suggests we have a case of Antony Flew-ism here. [The late philosopher was a longtime atheist who embraced deism late in life.] You’re of the age when one starts hanging one’s hopes on there being a god after all, and just don’t give as much a damn about the rational truth as you once did. Old age and death are scary. They’re the great unknown. So much so, they’ve driven more than one lifelong unbeliever into the arms of religion. Now, I don’t pretend to know what your position on the god question used to be, or even is now. But you’re at least in your 60s, and given how ruthlessly factual and rational you have always been in answering other weighty matters, and how mushy and indulgent toward theism you were on this question, I personally detect something of a soft spot, a chink in the armor, probably related to a desire for there to be Something Beyond. —Cyningablod, via the Straight Dope Message Board

Cyninga, you surprise me. The proper reaction, on encountering some seemingly uncharacteristic example of Straight Dope logic, is not to conclude that Cecil has gone soft. Rather, it’s to humbly ask: What subtle gambit is the Master up to that I’ve unfortunately failed to grasp? This would then be followed by the necessary hours, days, or, if need be, years of patient reflection until the concept got through one’s thick head. Let’s consider the argument presented in our previous outing on this subject:

1. The medieval theologian Thomas Aquinas reasoned that the universe must have a First Cause, to which he assigned the name God.

2. Modern physicists in their way are likewise in search of a First Cause.

3. If the physicists succeed, one taking the Thomistic view of things might reasonably call that First Cause God.

The callow intellect might erroneously deduce from the above that the God so construed is the benevolent deity of Western religious tradition who invites us to join him in paradise. However, on further study, or actually if you were paying any fricking attention at all, you would notice that your columnist has described the posited entity as “an impersonal, abstract and frankly mechanistic God.” What solace I or any other doddering creature might derive from such a being is a mystery to me. Indeed, to even characterize it as a being is to grant it way too much, something I’ll get back to in just a mo.

One may ask: Why call it God at all? Two reasons. First, entertainment value. It’s easy to argue God doesn’t exist, and all sorts of knuckleheads have done so. I could have rehashed their well-worn arguments, but how much fun is that? Second, unlike knee-jerk atheism, accepting that there could be a God provides us with an opportunity for an instructive exercise: If in fact there is an Almighty, what’s it like?

Thomas Aquinas, good monk that he was, persuaded himself that God had the familiar attributes of the Christian deity—free will, perfect knowledge, infinite power and so on. Much of his reasoning is ingenious, but absurd. For example, he purports to demonstrate that God consists of the Father, Son and Holy Ghost, which adherents of religions other than Christianity will find ludicrous.

So, let’s set all that aside and focus solely on Thomas’ idea that God is the First Cause—and remember, this is the core idea of one of the world’s foremost religious thinkers. A useful proxy for the First Cause is energy, which has a number of qualities commonly ascribed to the divine. The laws of thermodynamics tell us that energy is neither created nor destroyed, and thus presumably is immortal. Einstein’s famous equation E=mc2 suggests energy can be transmuted into matter and vice versa, and so may be said to be the wellspring for all creation, just as God is.

Yet no one thinks energy bears any resemblance to God in the traditional religious sense. It has neither knowledge nor will. It’s not a person. It doesn’t summon us to paradise or command us to embrace the good and shun evil. It provides our lives with no meaning. It’s just there.

By this route we arrive at a fuller understanding of whether God exists. Can we identify some fundamental principle or essence at the root of the universe and define that as the deity? Sure. Does doing so provide us with grounds for belief in a benevolent, all-knowing Creator? Clearly not. In short, by acknowledging the possibility that God in some esoteric sense exists, which was the point of my original column, we show that God in the popular sense probably doesn’t—or more exactly, we show that belief in such a God has no rational basis. Happy now?