In a year where it seems everything was weird and different, movies were particularly weird and different. The COVID-necessitated closure of movie theaters around the country and around the world bounced mainstream theatrical releases from original release dates either to streaming services or to the (theoretically) more promising terrain of 2021. And yet, even if blockbusters took 2020 off, there was still plenty of superb cinema if you knew where to look. Here are my favorites from this peculiar movie year, proving that greatness doesn't disappear just because of a virus.

10. Never Rarely Sometimes Always: Writer/director Eliza Hittman's narrative shouldn't be reduced to the fact that it's about a 17-year-old (the stunning Sidney Flanigan) traveling to another state to get an abortion. On a sadder, more profound level, Hittman connects abortion to a culture of men sexualizing underage girls, then making those girls the only ones responsible for the consequences. It doesn't just ask "why is it so hard for a teen girl to end an unwanted pregnancy," but also "what world have men built that contributes to so many unwanted teen pregnancies."

9. David Byrne's American Utopia: Stop Making Sense is a tough act to follow, but erstwhile Talking Heads frontman David Byrne isn't really trying to duplicate that landmark concert film in this record of his 2019 solo tour. Instead of attempting an almost alien remove from the audience, here he offers up his music in a way that celebrates collective humanity. Brilliantly directed by Spike Lee, it's effective both as pure showmanship and as a warm shared experience.

8. She Dies Tomorrow: In a year dominated by an infectious disease, writer/director Amy Seimetz gave us a creepy thriller that made despair itself literally contagious. Beginning with a young woman (Kate Lyn Shiel) who has become convinced that her death is imminent, Seimetz offers a kind of narrative contact-tracing as existential dread spreads from one person to another. With a compelling visual style and a wicked sense of humor, She Dies Tomorrow digs into an allegory for the insidious way mental illness tells people there's no hope.

7. Collective: Alexander Nanau's documentary launches from a tragic fire at a Romanian nightclub that killed several people, becoming both a portrait of crusading journalists who investigate corruption in local hospitals, and a profile of a newly-installed Minister of Health attempting to sweep out the rot in the system. Both sides of this story are amazingly compelling, providing a grim reminder that reform is a fight that depends on refusing to get discouraged even when the bastards win. 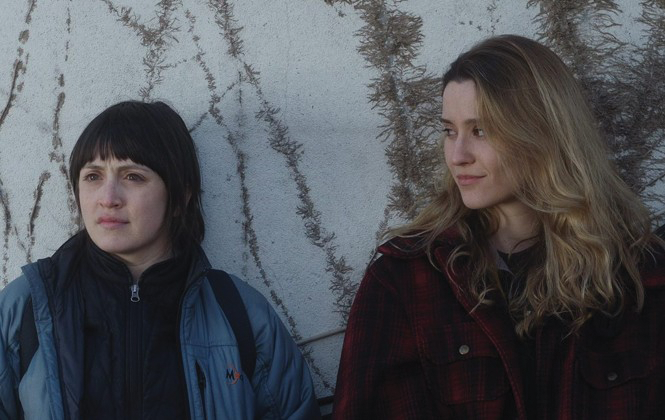 6. Fourteen: Tales of dysfunctional/codependent relationships are tough to nail down, which makes writer/director Dan Sallitt's portrait of two friends-since-grade-school—the phenomenal Tallie Medel and Norma Kuhling—all the more impressive. Sallitt's low-key directing style, emphasizing sustained takes, allows him to capture a relationship weighted with decades of history, building a remarkable portrait of how it feels to care deeply for someone you might not ever be able to "fix."

5. Another Round: Turn Thomas Vinterberg's premise—four co-workers testing a researcher's theory about the beneficial effects of being slightly inebriated all the time—just a bit sideways, and it easily could have been a high-concept comedy. Instead, while also dodging the danger of turning into a "hey kids, don't become an alcoholic" PSA, Vinterberg conveys how much fun it is in the moment to hide from the things that make you feel like crap, anchored by Mads Mikkelsen's terrific performance.

4. Wolfwalkers: The filmmakers behind The Secret of Kells and Song of the Sea return to the well of Irish folklore for an animated tale so rich with subtext that it practically overflows: a beautiful tale of friendship between lonely, motherless young girls, plus a potent metaphor for the collision between occupying English Christianity and native Celtic paganism. Top that all off with Moore's distinctive brand of 2-D animation—including exhilarating moments representing the freedom of running with wolves—and you've got the year's most complete animated film.

3. I'm Thinking of Ending Things: It's not necessary to have read the book on which Charlie Kaufman's movie is based in order to appreciate this achievement, but it helps. Ian Reid's psychological thriller—about a young woman (Jessie Buckley) pondering breaking up with her boyfriend (Jesse Plemons) even as they travel to meet her parents—certainly falls into Kaufman's mind-bending wheelhouse, but it's also a perfect vehicle for serving up some stunning performances, and a surreal narrative that still reveals a heartbreaking meditation on loneliness and regret.

2. First Cow: Director Kelly Reichardt's favorite themes coalesce magnificently in an adaptation of Jon Raymond's 2005 novel The Half-Life, about an itinerant cook (John Magaro) in the Oregon Territory circa the 1820s who begins a business collaboration with a Chinese immigrant (Orion Lee) built on stealing milk from a local landowner. It becomes both an economic parable and a tale of unconventional friendship, where capitalism collides with basic decency in a sweet and sad reminder of the violence behind our mythologies of bootstraps social climbing.

1. Dick Johnson Is Dead: Kirsten Johnson's debut feature Cameraperson felt indebted to her long career as a documentary cinematographer, in its hypnotic, almost stream-of-consciousness lack of narrative. Here she shows her versatility while retaining her deep humanity, capturing the experience of caring for her aging father with compassion and an oddball sense of humor that involves staging mock death scenes for Dad. What emerges is both a beautiful individual character study and a magnificent exploration of how we try to prepare for inevitable grief.