On the road with a new album 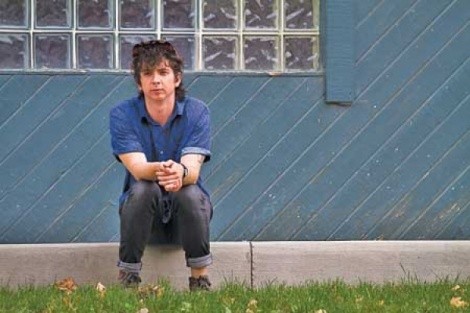 Dreaming of making it big in the music industry, to many, means getting together with friends in a garage to create something new and sonically spectacular.

Trevor Powers of Boise, Idaho, artfully plodded down that path, playing in various bands and searching to find his musical feet. But in the end, his project, Youth Lagoon, came from something like the Justin Vernon (Bon Iver) model: Holing himself up in a basement to churn out material with some real heart and soul, if not serious pathos, behind it.

The resulting album, the first in a two-record deal with Fat Possum, is the soft, nostalgic-laden The Year of Hibernation.

“I don’t think I ever started finding myself musically until I started working on music alone,” Powers says. “I’m not sure why that is other than, for me, music is a really intimate thing. Even though music itself can seem somewhat intangible, it’s almost like physically creating something. Even when I did start messing around with writing by myself, it still took a long time to figure out who I was musically and how I could present it.” He adds that he’s still trying to figure that out.

Artists who create such “basement work” in relative seclusion inevitably face a crossroads of releasing that work upon the wider world and touring that personal exploration on the open road. For Powers, that process has been a huge period of growth and personal introspection.

“Traveling has opened up a whole new mindset for me and has been really inspiring. Sharing works that I write in isolation isn’t necessarily a difficult thing ... mainly, just strange,” Powers says. “I almost see it as a form of time travel, since when I’m playing these songs in front of people, I’m taken back to a different place where I’m alone again—a place where I can sing as loud or soft as I want because there isn’t anyone around to hear. And then when a song ends, I’m back around people again.”

Keeping his touring setup simple seems to help work that compelling mental magic as each song slowly develops and builds. While playing the keys and programming percussive beats as he wistfully croons about his past, Powers is joined by just one other musician: guitarist Logan Hyde.

Being so new to the game and methodical about his musical evolution, time is surely on Powers’ side, especially with the sheer amount of enthusiasm and critical acclaim he has rightly garnered thus far. One hopes his second album will find him still longing for all the solitude that was key in fashioning his first.