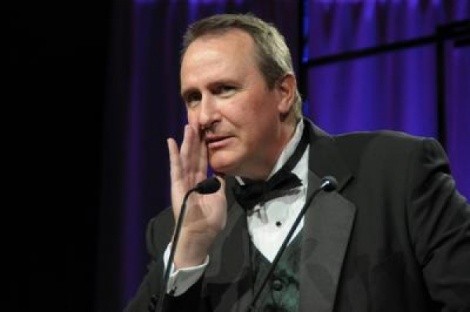 I just became viewer 858 of the YouTube announcement that Utah Attorney General Mark Shurtleff recently discovered he has a form of colon cancer. Monday, Dec. 6, Shurleff uploaded a short video on YouTube on the subject. He looks good. He sounds good. I can’t really tell if he’s reading from a script or speaking from the hip. No matter, it’s wrong to feel ill of him right now. But, I have to wonder—who was the knucklehead who suggested he make the announcement on YouTube?

Shurtleff is one of Utah’s most powerful elected officials. When he reaches out to the media, reporters from Logan to St. George reach for their pockets to turn off the obnoxious ring on their personal cell phones. When they see it’s a call from Shurtleff, they jockey for position on the latest piece of insider news. If nothing else, Shurtleff has made a nice career of smiling for the cameras, and the reporters lugging them have always been eager to follow him. As a fairly handsome man with a smile and humor uncommon among Utah politicians, Shurtleff is made for the media. In that way, it’s not much of surprise that he announced his bad news on YouTube.

Maybe he’s experiencing nothing serious at all. Maybe losing part of one’s colon is akin to clipping out that nagging ingrown toenail that’s been causing a slight limp since high school football. Maybe Shurtleff is just continuing the fine tradition and long line of dead macho males who, just before they hit the floor after a stroke, believed the pounding in their heads would go away in another minute, or …

Or maybe he’s way ahead of the curve. That must be it. A day must be coming when, rather than discuss with any media, a politician just goes right to social media to make an announcement such as this. But that day isn’t here because, when I went to Shurtleff’s Twitter account, his most recent posts were these: “HAPPINESS is a Warm Machine Gun - Tommy shooting an M60!”, and “Word of the Day ‘palingenesis’ = rebirth/regeneration. ‘Sarah Palin’s Alaska,’ proves better def. = ‘2008 vice-prez race.’ ” I have no idea what either of those tweets mean, but I doubt they have anything to do with the large intestine. Or the appendix, for that matter.

As for Facebook, the king of social media and the most likely place to make such an announcement, I can’t tell. Shurtleff and myself aren’t FBF—Facebook Friends—thus I can’t see all of his profile or updates. I can report, though, that Rocky Anderson is a FBF of Shurtleff. Of the scores of get-well wishes posted on Shurtleff’s Facebook wall, I haven’t seen one from Anderson. Maybe the rumor that they were bosom buddies was only that, and maybe, like nearly everyone on Facebook, they just added each other as friends because friends are currency on Facebook. And just as likely, they both possess the gene that craves public attention.

Which further confuses me. If you want the public to know something, and it is most certainly something that the public has a right to know, why make the announcement on YouTube? Why not just write it down, fold it into an airplane and toss it from the Capitol steps? While social media is a valuable communication tool, and it certainly works for President Obama and Sarah Palin, the numbers generated from scarcely known public figures like Shurtleff don’t even equal a common cold, let alone pneumonia. Or maybe that’s the plan. A cold is easier to contain than pneumonia. Politicians will just put the “news” out there and journalists will have to find it and spread it. Some news will spread better than others.

I don’t know Shurtleff well. I’ve met him, I’ve voted for him and I’ve scorned him. While he pretty much reviles City Weekly (although he recently spoke to City Weekly editor Jerre Wroble, in a sign of potential thaw) it might surprise him that the feeling isn’t mutual. On matters of power and politics, we diverge. On matters of health, we’ll get sick someday, too, so we’ll leave the disparagement to those who are already wishing Shurtleff the ultimate ill on local newspaper comment boards. We don’t want that—we like our targets in front of us, not under us—so, get well, Mark. But, neither journalists nor the public should have to search among YouTube’s Jackass videos to find what our politicians are up to. Or maybe that’s the best place.