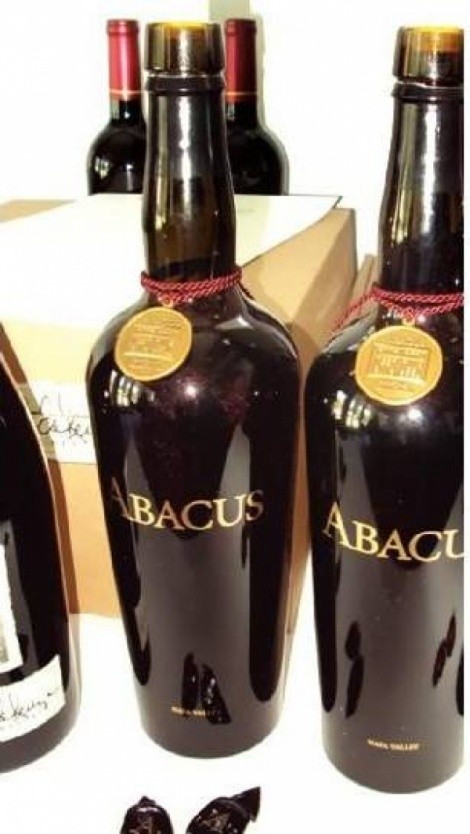 I’ve been a fan of ZD Wines from Napa for quite some time—ever since I was first introduced to ZD Reserve Chardonnay some years ago. Recently, I sampled a range of ZD offerings—first at a wine luncheon at the marvelous new Forage restaurant (you’ll be reading more about Forage soon in City Weekly) and again at the Sundance Food & Wine Festival. And, while I’ve enjoyed ZD’s wines through the years, I’d never had the opportunity—OK, the income—to try its most prestigious and pricy offering: Abacus. But, more about that later.

The lunch at Forage began with ZD’s “standard” 2007 Chardonnay ($31.95), which I enjoy very much. In part, that’s because it undergoes no malolactic fermentation, which negates the flabbiness found in too much California Chardonnay. This award-winning wine is cold-fermented and barrel-aged in American oak, so it’s also not as heavily oaked as many California Chards, making it a more food-friendly Chardonnay than many. Hints of vanilla and honey pair up with pretty pineapple and apricot aromas in the 2007 ZD Chardonnay; it’s a well-made young wine to drink now. For something a bit more full-bodied, rich and complex, take ZD 2006 Reserve Chardonnay ($51.56) for a spin.

You may find this surprising, but ZD Wines was created not by farmers or winemakers, nor even movie moguls, but by two aerospace engineers—Norman deLeuze and Gino Zepponi—who pooled $5,000 in 1968 and applied for a winery permit. When I asked ZD winemaker Robert deLeuze, Norman’s son, where the name ZD came from, he said it was a melding of two things. First, and most obvious, the first letters of the names Zepponi and deLeuze. Not so obvious is the reference to what engineers call ZD, meaning “zero-defect.” Today, Robert and his wine-making family don’t claim to produce zero-defect wines, but that’s certainly the goal they aim for.

2006 ZD Cabernet Sauvignon, Napa Valley ($46.83) is a solid, well-crafted California Cab. There’s nothing too fancy here—just classic dark fruit and cassis aromas, along with typical traces of anise, vanilla and tobacco. The 2006 is fruit-forward and tasty now, with well-integrated oak. A wine, though, that I find much more inviting is ZD 2007 Founder’s Reserve Pinot Noir, Carneros ($65). This wine is made from 100 percent organic fruit from the deLeuze Family Vineyard and, for you techies, is 100 percent Hanzel clone Pinot Noir. It’s aged for 15 months in French oak barrels, lending interesting spiciness to this Pinot. I was told that ZD founder Norman deLeuze was especially passionate for Pinot Noir. The Founder’s Reserve ZD Pinot, named in his honor, is one he’d certainly find passion for.

As for Abacus, I’d heard about this wine in almost mythological terms. Frankly, selling here at $419 per bottle (higher in California), I didn’t think I’d ever get to taste it. At Forage, I finally did. Here’s the deal: Abacus is a “solera style” Cabernet Sauvignon, produced from a blend of every ZD Reserve Cabernet ever made—17 of them. The current Abacus XI (the 11th vintage) includes 17 vintages of ZD Reserve Cab from 1992-2008. Each year, a small amount of Abacus (about 15 percent) is bottled and sold. And each year, new wine from the current ZD Cabernet reserve (also around 15 percent) is added back into the Abacus barrel. A youthful of new wine is infused into wine dating back 17 years.

Why Abacus? Well, the first and last vintage (1992 & 2008, in this case) are depicted via an abacus on the wine’s bottle. Thanks to Robert deLeuze, I now know how to read an abacus. Also thanks to deLeuze, I now know what Abacus tastes like—the current vintage, at least. It doesn’t suck.