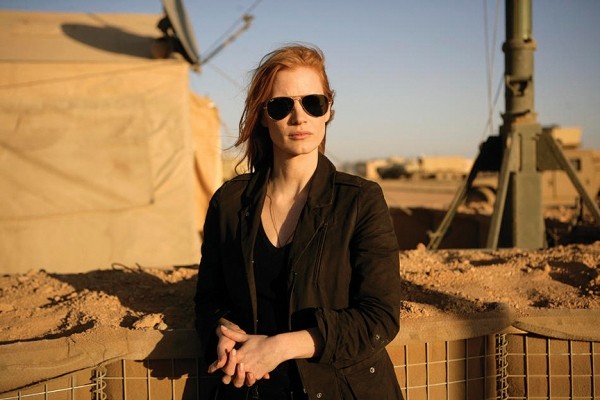 A lot of generally intelligent people have said a lot of dumb things about Zero Dark Thirty, all likely with the best of intentions. Some have argued that it glorifies torture by showing that “enhanced interrogation methods” did, in fact, lead to key intelligence in the eventual mission to find and kill Osama bin Laden.

Others have argued the exact opposite: that it clearly indicates torture failed as an intelligence-gathering technique.


Submitted: Both sides are wrong. And also missing the point.


Zero Dark Thirty, as you’ve almost certainly heard, is about the work it took to track down bin Laden, up to and including the military operation that resulted in his death. That’s also wrong, or at the very least profoundly insufficient as a description. Because what director Kathryn Bigelow and screenwriter Mark Boal have accomplished, while a significant act of cinematic journalism, isn’t merely procedural. It’s about confronting the human side of something that seems so massive and convoluted as to be beyond humanity—whether it’s for those most intimately involved, or those of us who only knew what was happening after it was all over.


The central character is CIA analyst Maya (Jessica Chastain), a fictionalized sort-of-amalgam of various real-life figures. We first meet her in 2003, visiting a “black site” where a colleague, Dan (Jason Clarke), is heading up the interrogation of an al-Qaida operative. “If you lie to me, I hurt you,” Dan repeatedly and calmly tells the chained man—and we see plenty of graphic evidence that he’s dead serious.


When Maya is left alone in the room with the prisoner—her face still betraying shock at the details of what’s going on—it feels like the setup for a “good cop” moment, the nurturing woman offering comfort and hope. But Maya seems to read it as a challenge, a test of whether she’s got what it takes to play with the big boys—and she quickly shows the prisoner that she, too, is all business.


It is no coincidence that Bigelow and Boal make their protagonist a woman; that fact, and Chastain’s brilliant performance, are absolutely central to Zero Dark Thirty’s moral center. The film is full of instances where we see Maya facing subtle and not-so-subtle condescension from her colleagues: Dan pointing her out to another male colleague with “Was I lying, or what?”; the CIA director responding to an assessment of Maya as smart with the retort, “We’re all smart.” Maya’s own line about discovering bin Laden’s hideout—I’m the motherfucker who found this place”—has already become something of a badass catchphrase, yet it’s also a kind of assertiveness she seems compelled to show as a result of gender-based presumptions. The women in Zero Dark Thirty—including Jennifer Ehle, also fantastic as one of Maya’s colleagues—aren’t just required to have balls; those balls need to be bigger than those of any other swinging dick in the room in order to be taken seriously, even if it means taking bigger risks.


And that’s where the film becomes more than a timeline of decisions. It’s about the psychology and rationalizations behind decisions: the way people convince themselves what they’re doing is necessary, or the reasons they convince themselves (and others) they’re certain even when they’re not. It’s a “fog of war” tale that also catches Maya at the end, when she has the luxury of reflecting and wondering if the decisions she made have changed things only for the better.


Zero Dark Thirty is far from perfect structurally, at times struggling to connect its three fairly distinct sections—intel-gathering in the Middle East, political wrangling in Washington and the eventual raid on bin Laden’s compound itself. And the revolving door of supporting characters does occasionally make it hard to follow a basic narrative line. Yet, it’s consistently gripping, not just as espionage or military thriller but as an exercise in viewer identification. As we’ve already seen from the outraged editorials, you get to look at every data point, every casualty, every violation of human dignity, every course of action, and play history’s armchair quarterback. The movie asks in blunt terms, “If it were you, and you knew this was what it took to achieve this goal, would you have done the same things? And was it worth it?”