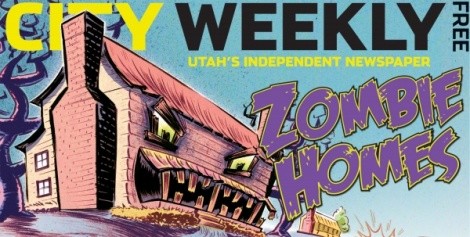 Anyone who’s seen a zombie horror flick knows you can’t trust the government in times of an undead apocalypse. They’re just as likely to shoot you as help you when it comes to quarantining the brain-eating zombies who were once your friends, family and neighbors.

In the housing market, an outbreak has already struck—a foreclosure crisis that has spread like a virus across the country. Kicking folks out of their homes and filling the market with zombie homes that infect neighborhoods with deflated values increases the likelihood of more foreclosures, which gives rise to an undead community—even a zombie economy, lurching slowly away from recovery.

And some Utahns in search of help have found the government just as likely to push them toward foreclosure as save them from it.

Terrie Combs thought it couldn’t hurt to ask when she inquired about a loan-modification program offered through her mortgage holder, Bank of America. The program was subsidized by the Treasury Department through President Barack Obama’s Home Affordable Modification Program (HAMP), commonly referred to as the Making Homes Affordable Program. 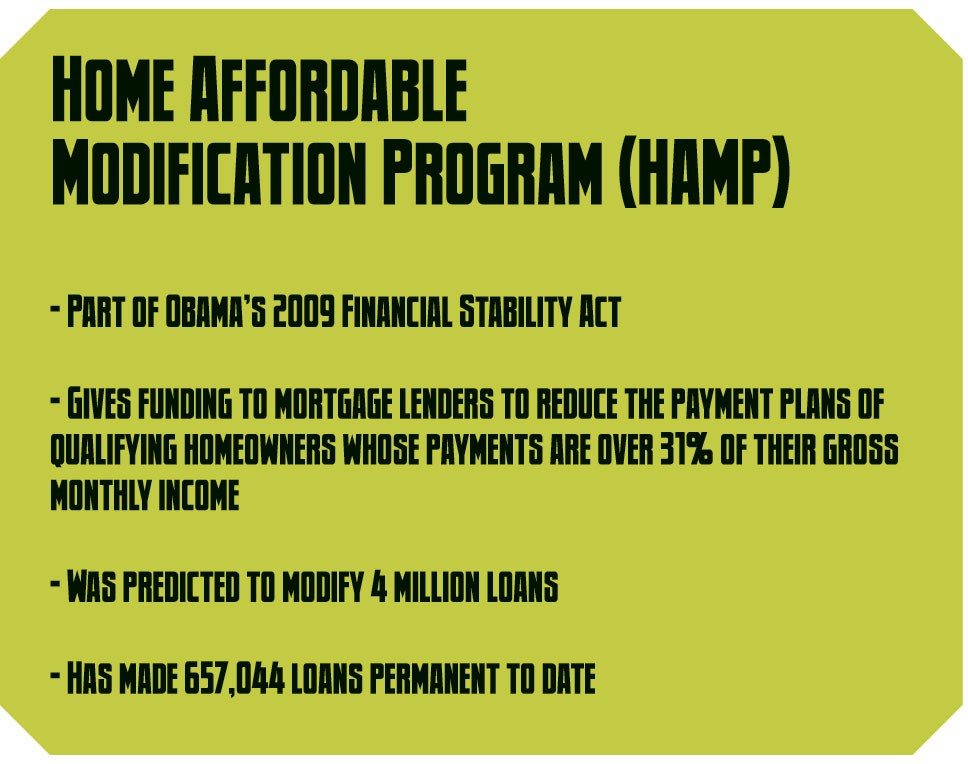 Combs waited months for her application to be approved, unaware that Bank of America’s foreclosure arm, ReconTrust, was at the same time moving forward to take her home. Combs learned that she had not been approved for the modification only after her home had been sold and she was served notice to vacate.

Combs, who runs a small pizza chain with her husband, is still shocked at how the HAMP program not only didn’t make her home affordable, but also allowed Bank of America to string her along with promises of salvation while simultaneously swooping in with foreclosure. In frantic phone calls that placed her with call centers as far-flung as Costa Rica, Combs says she got different responses nearly every time and no answers, as loan-modification representatives acted as if they had no control over the foreclosure department’s actions.

Combs is not alone. Marco Fields, a housing advocate with TEEMS Utah, a nonprofit organization that helps homeowners fight wrongful foreclosure, says she is flooded with daily calls about similar stories involving numerous national banks. She sees Utah’s foreclosure crisis as being exacerbated by the HAMP program, whose major flaws have been exploited and botched by loan servicers in a way that makes the problem worse.

“People think the foreclosures are going down—they’re not. What is happening is there are so many people defaulting that the banks can’t keep up with filing notices of default,” she says, adding that there is about a three-month backlog of foreclosures that have not yet been publicly posted.

“That is terrifying,” Fields says. “By the end of the year, we’re going to see more than 50,000 foreclosures,” compared to the 32,000 posted in 2010. It’s the kind of problem Fields says will drag Utah’s economy down for years or even decades if action isn’t taken now.

“It is a fundamental community and state crisis,” she says.

But it’s hard to point a finger at one culprit for causing the foreclosure outbreak. While many homeowners would like to point at least a middle finger at banks and loan servicers like Bank of America, which is currently the subject of numerous lawsuits around the country, Rick Simon, a spokesman for Bank of America, points out that the HAMP program changed its guidelines regularly and had inconsistencies that added confusion and delays to the modification process. Simon says it was also hard to prepare for the flood of applicants seeking modification.

“There was a traditional way these things worked, and we’ve turned that on its end completely over the past two years,” Simon says.

Advocates like Fields understand there aren’t easy-to-pinpoint culprits, but she and others say no matter the cause, all of Utah’s state and federal leaders will be at fault if they don’t act now to help protect Utah homeowners. She points out that in July, funding ran out for local nonprofits to continue to employ federally trained foreclosure-prevention counselors. A year prior, the state’s 20 Housing and Urban Development-certified counselors helped stave off 1,292 foreclosures.

“We have a third of the HUD counselors we had from this time last year,” Fields says. “We went down from 20 to six, and pretty soon we’re going to be down to two. All the money’s gone.”

HAMPered
Fields, the founder of homeowner advocacy organization TEEMS Utah, says the HAMP program was launched in 2009 with poor guidelines and no penalties for banks that didn’t follow the program’s guidelines.

Fields says that since 2009, the program has worked better at getting clearer guidelines for everyone involved, from homeowners to the loan servicers who hold the mortgages and investors whose bottom line is tied up in pools of loans. But even with all the refinement that’s happened, it’s still a confusing and distressing process for homeowners.

“The problem is that the banks’ and investors’ guidelines change every four to six weeks,” Fields says. “And the poor little homeowner who is trying to get some kind of relief gets stuck in this cycle and goes around and around.”

Among the problems that have beset the program is that homeowners who seek a HAMP loan modification through their loan servicer undertake a trial modification that lets the homeowner make reduced mortgage payments while his or her financial information is vetted by the bank or loan holder. But while the application is being processed, the foreclosure process is not stopped. So, if the application process drags on too long, foreclosure will hit well before a bank can even determine whether the applicant is approved for the modification. While HAMP guidelines say a bank can’t foreclose on a home that is under consideration for loan modification, Fields says banks often don’t tell an applicant they’re not approved until their home is already on the auction block.

Contrary to the law, banks and servicers sometimes won’t even tell homeowners why the modification was denied.

At the beginning of August 2010, Combs faced two perilous deadlines. Bank of America’s loan agent told her that despite more than four months of asking for and receiving paperwork from her, they needed more information and they needed it by Aug. 18. Meanwhile, Bank of America’s foreclosure subsidiary, ReconTrust, gave her a warning of accelerated foreclosure saying that she owed $2,800 in missing payments, and if they didn’t receive it by Sept. 5, her home was to be sold on the courthouse steps.

Those “missing” payments, Combs says, were the funds that were reduced from her payment as part of her trial modification, and she says she had been told not to make those payments.

“I had equity in my house, so it was a really good find for that investor,” Combs says. “Bank of America came back and said, ‘According to state laws and our investor guidelines, we can’t rescind your sale; you had plenty of time to do your paperwork—goodbye.’ ”