FairBoundaries not backing down on E-signatures | Buzz Blog

FairBoundaries not backing down on E-signatures 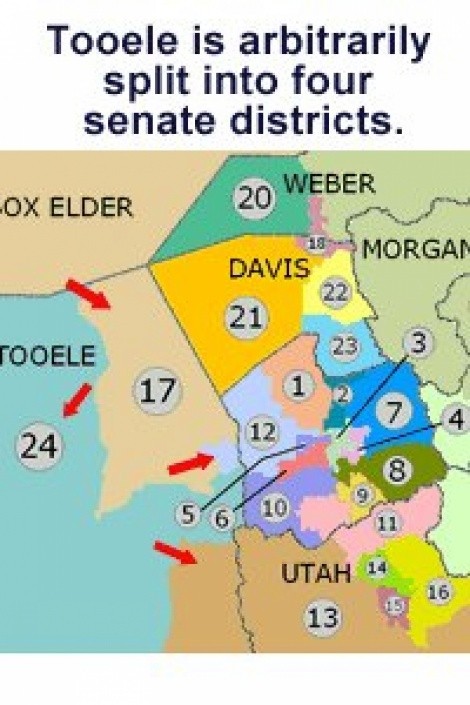 Despite being the sixth-most Internet-connected state in the U.S (.xls) the Utah Attorney General has issued a legal opinion that we citizens can't use our Internet machines to sign formal petitions for citizen initiatives. If you don't know, that's a method for the citizens to pass laws without involving our elected officials. This is important especially when we as citizens want to change--or take away--some of those elected officials' powers.

The anti-gerrymandering group Fair Boundaries hopes to ask voters on the 2010 ballot to create an independent redistricting commission and take that job away from legislators. Fair Boundaries is still soliciting e-signatures via Twitter.

"The long and short of it is, basically, we still intend to take e-signatures on-line. What we're going to do is, obviously, be sure we can get them approved, and if not, if necessary, use it as a manual back up to go door-to-door to talk to these people in person."

"That's one of the points we're leaving open, however, we don't want to do that," Haring said. "We want to talk to the lieutenant governor [and] the attorney general to hopefully resolve this without having to go to the courts."

The law doesn't forbid e-signatures, but doesn't explicitly allow them either.

Wouldn't it be nice if the Legislature, upon hearing that Utah citizens are unable to use 20th Century technology in the 21st Century to run our democracy that someone on Capitol Hill would quickly craft a bill to allow it? It's 2010, folks. I've been paying federal taxes online since 2000. Since the Fair Boundaries initiative, and others, are aimed at taking powers away from the Legislature, however, I realize that's probably not going to happen this year.

Update 2-11-10 3:13 p.m.: the promised press release has arrived. Money quote: “The people of Utah have a solemn right to participate in their democracy by way of an initiative on the ballot. This AG’s opinion stifles that constitutional right and is based on a misinterpretation of both the initiative statute and the Electronic Transactions Act,” says Merrill Nelson, petition sponsor with Fair Boundaries.