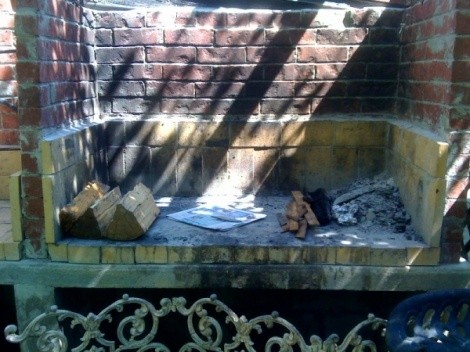 This Sunday I ventured into new culinary territory, taking on the challenge of cooking one of my favorite Spanish dishes, namely the paella.---

I had a secret weapon in the form of a disco de arado. It's a blade from a ground tiller that's been converted with wielded-on legs and a heavy metal lid into a shallow and outlandishly large wok. You need wood rather than charcoal to get the thick metal base heated up but the taste, from both the smoke, and the olive-oil cured cooking surface is extraordinary. I purchased one in Argentina before emigrating to the States and had it shipped over. It's heavy and bulky - not the kind of thing for overhead luggage.

Not that you need one to cook paella. I'm sure 'Sur la table' in the Gateway can provide one if you feel so inspired.. 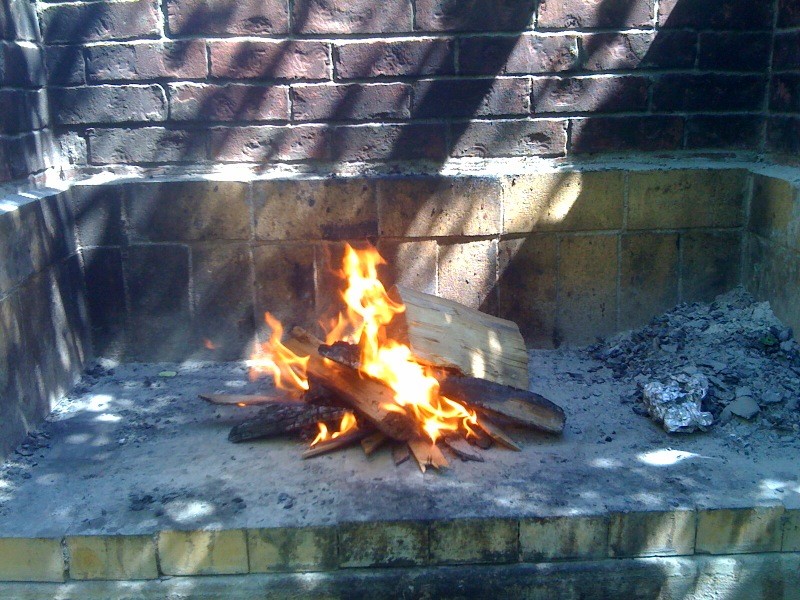 After I lit the fire - always my favorite part of the process - I roughly chopped three green peppers, four yellow onions, five garlic cloves, four carrots and skinned and cut up four chicken thighs. Once the fire was ready, I settled the disco into the embers and coals, let it heat up, then added some oil and pan-fried first the chicken, then added the vegetables. 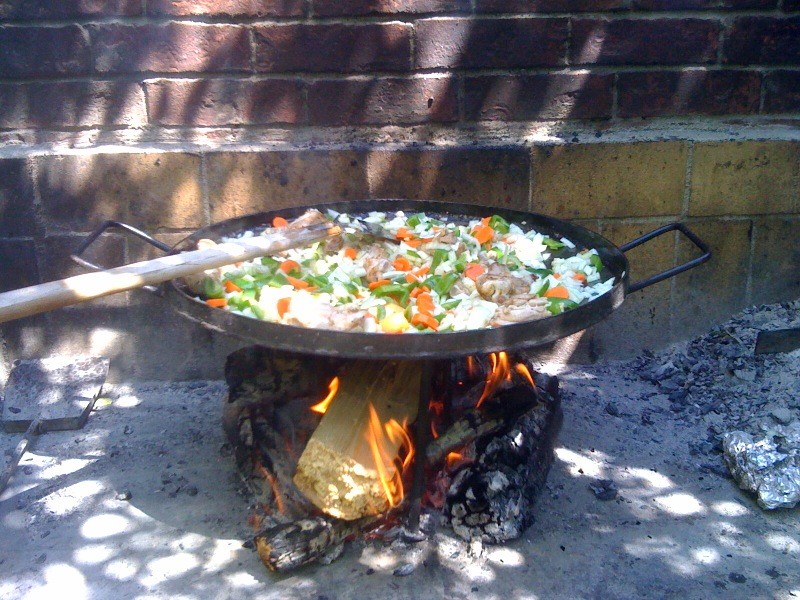 Twenty minutes in I added two liters of vegetable stock and a family-sized bag of saffron-yellow rice, a must for paella.

The night before I'd put two lovely looked squid in a bowl of milk to soften them. I sliced up the squid into strips, taking off the tentacles cups before cutting them up too. 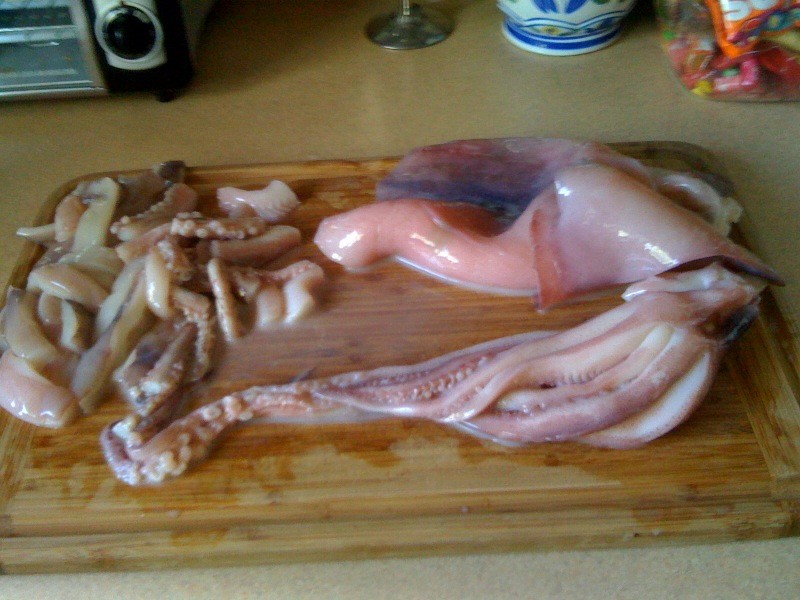 I added the squid, then a little more water.

Twenty minutes later I added pre-cooked mussels and baby clams and five minutes before I was ready to serve - having provided an appetiser of homemade chicken liver pate - I added frozen peas. 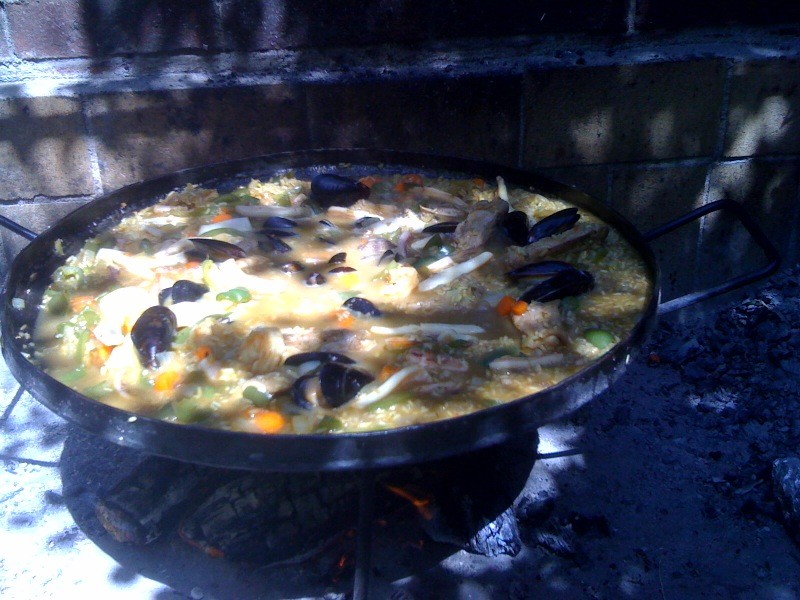 The only thing I lacked I suppose was a beach chair and the sound of the sea to fall asleep to. Somehow paella that's not cooked by the sea just isn't the same. That said, on a gorgeous Utah Sunday afternoon, under a blue sky, it was pretty damn good.