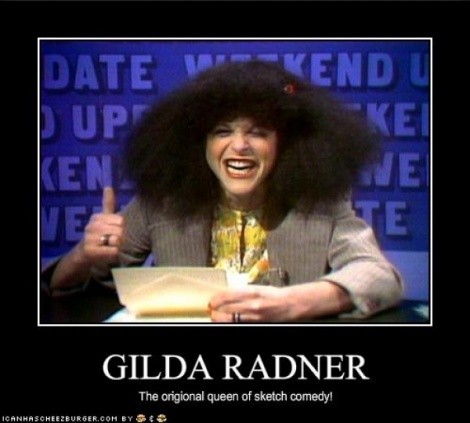 Last night’s premiere of The Walking Dead set AMC ratings records with just over 5 million viewers—but will they be back next Sunday? Insert once-bitten-by-a-zombie joke here. ---

Conan: Show Zero (TeamCoco.com) In preparation for next Monday’s TBS premiere of the new Conan O’Brien show (simply titled Conan), Team Coco is doing … something, tonight at 9 pm Mountain Time, at TeamCoco.com, YouTube.com/TeamCoco and Facebook.com/TeamCoco. That’s it for details—but whatever it is, it’s gotta be better than Lopez Tonight.

Preview: There’s no Gilda Radner in this promo for The Women of Saturday Night Live—but at least there’s Laraine Newman. Oh, Laraine …