City Weekly took it to the street on Tuesday night at the Broadway Cinema to ask movies lovers what their favorite Sundance film has been so far.--- Surprisingly, there were a couple of repeats. If you have a favorite, post a comment at the bottom of this blog. And check back for movie reviews and general Sundance coverage. 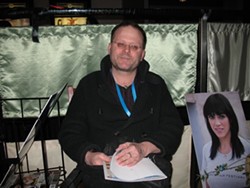 Patrick Kiser, 31, Salt Lake City
If a Tree Falls
“It’s a documentary about the Earth Liberation Front and a series of arsons they undertook as a response to environmental destruction. It had a strong story, cool people that you got to know, and the footage was compelling.” 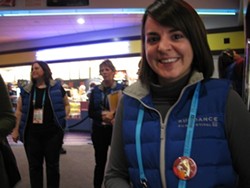 Michelle Zimmerman, 24, Salt Lake City
The Music Never Stopped
“I thought the story was inspirational. You got to see the extent of what people can overcome. The lead had a brain tumor and couldn’t remember anything, but the music brought him back. It had songs from people like Grateful Dead and The Beatles.” 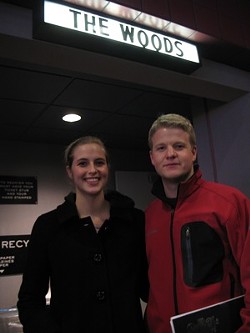 Tanner Leishman, 24, Salt Lake City
Senna
“It is a kind of documentary that you don’t normally see—F1 Formula racing. It was about this guys life as a winning driver. He died while racing while he was the best.”

Rachel Leishman, 23, Salt Lake City
If a Tree Falls
“I thought it was thought provoking, kind of outside the box. I liked that it didn’t give you the answers; it was fair and showed both sides of the story.” 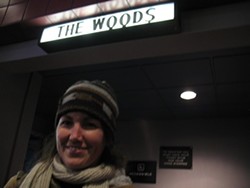 Desiree Rinker, 42, Salt Lake City
Old Cats
“I’ve only seen one movie so far and it was the worst ever. While I found it interesting about an older generation, it was painfully slow. Well, maybe it was good because it portrayed being old. I don’t know. I think The Woods is going to be great though.” 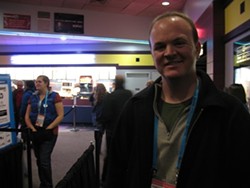 Aaron Webb, 28, Salt Lake City
And The Music Never Stopped
“I’m a music teacher,, so I identified with it. I loved all the classic rock, too. I expeccted it to be depressing, but it was uplifting. Oh, and it was funny, too. It’s my favorite after about 13 so far.”