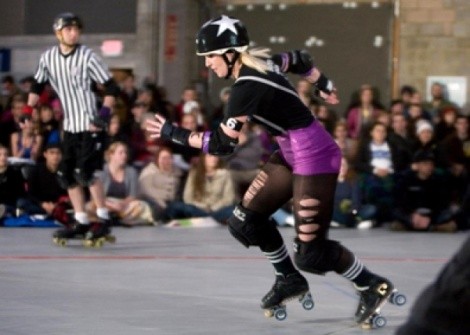 Saturday, Feb. 18: SLC’s Wasatch Roller Derby’s first home-teams bout of the 2012 season played out in front of a packed house at the west-side Derby Depot, with the Black Diamond Divas taking on the Hot Wheelers.---

The Black Diamond Divas looked like the more confident team from the first whistle, taking the lead early on with a flurry of impressive scoring jams by Bruiser Ego and Skatey Gaga. The Divas also suffered an early casualty: Combat Baby went down hard on the track’s third turn and was carried out with a broken leg. Hot Wheelers jammers Drew Fairywhore and Clam Jammer clawed their way through the defensive pack to answer the Divas, eventually taking a 12-point lead—which was quickly crushed by a blazing 33-point run by Bruiser Ego that would set the pace for the rest of the night. Score at halftime: Black Diamond Divas 52, Hot Wheelers 27.

That lead mushroomed into a blowout in the second half; Wheelers jammers Sarin Gasp and Colonel Skirts (like Clam Jammer and a handful of WRD skaters, former members of Ogden’s Junction City Roller Dolls) could only squeeze in a few points in sporadic bursts against the Divas’ quickly stacking numbers. Divas jammers The Instigator, Veronica Scars and Veronica Tastrophe (coincidentally, WRD does have two Bettys to balance out the Veronicas) continued to run the score up as the Wheelers struggled against the Divas’ strategic wall of blockers; not even a valiant last-ditch scoring binge by Clam Jammer could close the gap. Final score: Black Diamond Divas 121, Hot Wheelers 80. 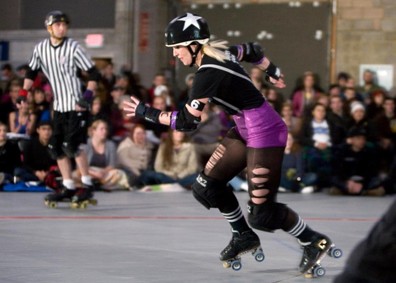 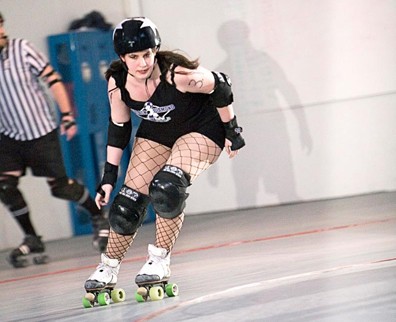 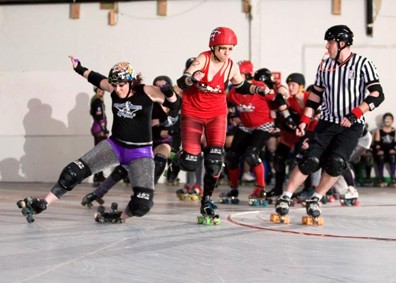