We've got a mix of material that flew in under the radar and didn't have an official release last month, and a few bands who have release shows this weekend. --- We'll kick things off with the debut EP from Bullets & Belles. The four-piece harmonizing group from SLC bill themselves as “whimsical soul” with a sound harkening back to the rockabilly/traditional-pop stylings. The group haven't been around long enough to have a big following, but they're looking to make some waves with their album The Curried Rice EP. The group released all three tracks completely free on Soundcloud last week; they're worth checking out if you're into the genres.

Next up is the debut release from Diminisher. To be honest, we can't really find much on this one, the album just showed up this week on Bandcamp and has been getting some buzz on Facebook from the local dubstep lovers. It's pretty good, although a little on the slow side; just in case you were looking for something a little faster paced. You can pick up the five-track self-titled EP for just $2, and if you are Diminisher, hit us up!

Since we're talking about weird music, let's discuss the latest release from Prince Polo, a four-piece pop band out of SLC who have been kinda back and forth about their careers. The band formed in 2009 and released their debut full-length album Pallies in April 2010, only to have founding member Chris Bowcutt take off on an LDS mission shortly after. Once they replaced him, the band played a bunch of lackluster gigs before breaking up last October. For some reason, they decided to reunite a few months later and released their sophomore full-length album, Princess. To a degree, it sounds like a They Might Be Giants album, if TMBG threw away the accordion and brought on a female singer -- just odd enough to garner some attention from the underage pop/rock scene. Here's hoping they stick through it for some better gigs. You can find download links for their albums via their Bandcamp page.

Moving back toward the softer side of local music, this past Wednesday saw the latest release from singer/songwriter Hannah Ohlwiler. If that name sound vaguely familiar, it should, as Hannah may be better known to many in the local scene as Wendy Ohlwiler. We're not entirely sure why the name change, but it is an interesting direction to take a career after establishing herself with the popular 2006 release Calico Sea. Ohlwiler toured off-and-on for years, determined to make a career of her music career, but in 2009 she went quiet and no tours or music seemed to be on the horizon. Last year, she returned with the new name and quietly released her sophomore album, The Gift. Now, the gentle indie-folk singer is back with her third full-length album, Welcome Back, an appropriate title as Ohlwiler reminds us why she was a popular attraction five years prior with simplistic recordings of her and a guitar, pouring her heart out into the microphone with little filter. You can snag a copy of the album from her Bandcamp page, but no word as to when she'll have a local live show, as it seems she's “traveling abroad” and playing her music wherever she feels like it.

While we're on the topic of returning songwriters, let's look at the latest release from Ogden-based Josaleigh Pollett. The tomboy acoustic player had a pretty awesome launch to her solo career before she even graduated high school, working with the John Lennon Educational Tour Bus to record tracks and even produce a small video that garnered some brief national attention and put a spotlight on her talent immediately. In 2009, she busted out her debut album, The Body of Water, to much praise and approval from local critics, even earning KRCL radio play. But shortly after, she faded from the limelight and we haven't heard a word since ... until this week. Out of the blue with no real warning to music lovers, Pollett released her second full-length album, Salt. Now a college girl, you can hear she has grown greatly and honed her craft in the short two years out of the public eye; this one is definitely worth listening to. You can download a copy from her Bandcamp page for just $10.

Moving on to actual release shows, tonight is jam-packed with releases, and we'll start down in Provo with the all-girl indie-rock band The Blue Aces. The Orem-based band (seen above) got together back in 2008, playing whatever events a teenage group could get. Apparently, the group caught the eye of Joshua James, who has helped the group produce their debut album. So far, the only music we've heard from the album is in the form of a video for “Tried To Warn You,” which will be their first single. If the sound of the first song is any indication of the album to come, this is pretty damned impressive for a group not fully out of high school yet. The Blue Aces will be playing their release show tonight at Velour with Malik; just $7, starting at 8 p.m.

Meanwhile, just two doors up the block, another release show will be happening at Muse for singer/songwriter Kristen Nelson. The Spokane native now living in SLC taught herself guitar at a young age, inspired by musicians such as Jewel and Eva Cassidy, eventually coming into her own a few years ago playing gigs and formulating a setlist from her alt/folk/pop kind of music she loved to play. For her debut album, Out Of My Hands, Nelson got together with Clarke Jackman of Metcom Studios and a wide array of well-known Utah musicians taking on the role of session players including: Michael Sasich, Melanie Shore, Scott Wiley, Rob Tinney and Patrick Campbell, to name a few. The album sounds pretty damned good, with Nelson's soulful lyrics on “Life Is Beautiful,” and bordering on irony at times with “Hipster Girl”; it's worth at least checking out. You can pick up a copy tonight at Muse Music Cafe as Nelson plays her release show with Ashley Garbe Smith and more to be named. Just $6, starting at 8 p.m. 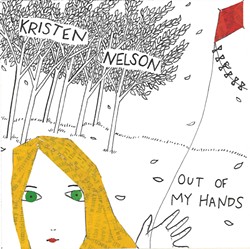 And then finally, back up in SLC, we'll see the latest release from the Samuel Smith Band. The group have come a long way in the past few years from an average bar band to sellout-venue sensation -- something we could have told you (and kinda did) when the band released their self-titled EP back in May 2011. Well, that full-length album we were waiting for finally comes out tonight, but if you want to know more about it in detail, check out CW'sAusten Diamond's Liner Notes for this week. As for the actual show, rather than pair up with a couple of bands, the group are celebrating their second self-titled release in style with several members of other popular Utah groups playing with them on stage. The who's-who includes Erin Barra, Josh Stevens and Mike Thomas (Feel Good Patrol), Ransom Wydner (King Niko), Camden Chamberlin (The Suicycles), Josh Holyoak (Muscle Hawk), Nick Romer (Scenic Byway), Jimmy Rockstar Lauscher (Marinade), Nik G (Pour Horse), Nate Simpson, Skyler Arbon and Mat Wennergren (Shades of Gray), Josh West (Yak Tooth), Brock Peterson (Reckless Spirit), Cole Burgess, Brian Kubarycz and a few last-minute surprises who haven't been announced yet. Head on over to Bar Deluxe to catch the extravaganza; just $7, starting at 9 p.m.