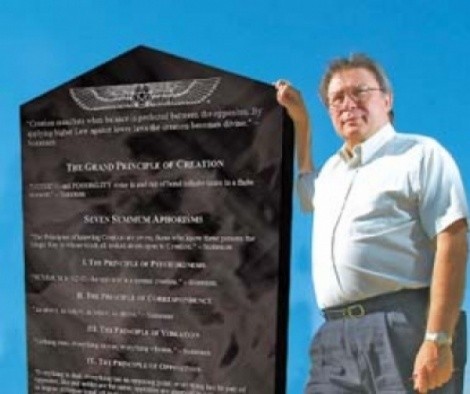 It's hard to conceive of Salt Lake City without its patron saint of lost legal causes.---

Civil-rights attorney Brian M. Barnard, 67, left us without much warning over the weekend, passing away in his sleep. For those who love justice, losing a person of Barnard's mettle is a true cause for grief. There just aren't many like him.

Yes, he was a lawyer who arrived in Utah some 40 years ago. Day to day, he plied his trade operating the Utah Legal Clinic, helping clients with divorces and estate planning from his modest offices on 500 South, across from the Leonardo.

His day-to-day work paid the bills and allowed him to take on any number of often pro bono civil-rights cases. Ripping through the maze of local sensibilities, few of those cases were popular. For example, the average person might not see the harm in the state erecting crosses on public highways for fallen law-enforcement officers. Barnard explained (in this link) why he represented American Atheists Inc. in arguing the crosses were an endorsement by the state of a religion and, as such, were unconstitutional.

Then there is the idea that if someone carves the Ten Commandments into a stone monument and donates it to a city park, that the park should also be willing to install a similar display of the Seven Aphorisms (the guiding principles of the locally based Summum faith). Barnard was able to shepherd the Summum case to the U.S. Supreme Court, where the court ultimately decided in favor of the park. However, Barnard believed that the decision was about only one aspect of the case and there was still more to argue.

When City Weekly celebrated the end of private clubs in Utah in 2009, Barnard wrote a historical account (here) of how he helped fight the long-tolerated ban on liquor advertising.

Barnard remained a go-to source for reporters at City Weekly, someone willing to weigh in on stories that involved the rights of the dispossessed -- prisoners, the homeless, religious fringe-dwellers. His relentless pursuit of fairness and understanding of the law gave us all reason to re-think our positions.

Brian M. Barnard, Esq.: Thanks for not letting up, for fighting the good fight. You've earned a rest ... and our debt of gratitude.

(According to Barnard's obituary, a memorial open house is scheduled at Starks Funeral Parlor at 3651 S. 900 East from 6 p.m. to 8 p.m. on Tuesday, Sept. 18 where his life and achievements will be celebrated. In lieu of flowers, please donate to Utah Civil Rights & Liberties Foundation, 214 E. 500 South, Salt Lake City, UT 84111.)