The Red Kool-Aid Stand: "Call Me Maybe" and more 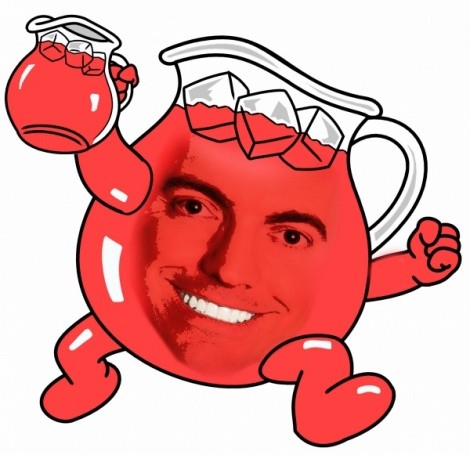 Since I’ve returned from my week in Tampa, some have asked me what my thoughts were on the final night of the convention. Thursday was a great evening for the Republican Party, and my only angst was that the national audience didn’t get to see more of it.---

Three speakers earlier in the evening shared touching, personal stories about how Mitt Romney helped their families when he was pastor of their congregation. (This was “convention-speak.” They always said “pastor” instead of “bishop” and “congregation” instead of “ward.”). Unfortunately, all of this was before the national TV networks tuned into the prime-time hour of the convention.

Likewise, a very solid biographical video of Romney was shown before the switch to prime time. If you missed it, you can catch it here:

Then, as the nation tuned in, in came Clint Eastwood. Many of my fellow conservatives around the country are trying to spin the unscripted appearance by the 82-year-old Hollywood star, but I’ll tell you what I thought sitting there live. He was rambling, he was inaudible much of the time, he was “off message” and he was cringe-worthy. It is like when that drunk uncle stands up to propose a toast at a wedding and you just sit there uncomfortably because you don’t know what will come out next.

Eastwood was also very funny and a huge hit with the delegate crowd inside the Tampa Bay Times Forum. But his appearance should have been placed earlier in the evening and not been the first thing the prime-time national audience saw. The Eastwood shtick really broke up the positive buildup that had begun with Romney’s past parishioners and the warm-and-fuzzy intro video. That could have culminated with Marco Rubio’s great speech and Romney himself (who did a terrific job that night, in my opinion).

One funny aside from Thursday night was the interaction between some New Hampshire alternate delegates seated near me and the CNN gang. Seated right below us was CNN’s Piers Morgan and Wolf Blitzer. A large and loud older gentleman seated near me told a few of us incredulously, “Wolf Blitzer did not stand up for the Pledge of Allegiance or national anthem last night, and if he does it again tonight, I’m calling him on it!”

So, as the evening program begun, we all rose for the pledge, except Piers and Wolf, who remained seated, flipping through their BlackBerrys. The man from New Hampshire near me was getting angry, and when the "Star Spangled Banner" began, he couldn’t take it anymore. “Stand up, Wolf!” he yelled. “Stand up! This is your country’s anthem! Stand up, Wolf!”

CNN’s cameraman looked up and held up a hand to our section. “Easy, man!” he said. But my large New Hampshire delegate was undaunted. “Don’t give me the hand! Stand up, Wolf!” And, eventually, Wolf and Piers whispered to each other and then stood up and turned around and faced the flag. Many in our section began clapping at this small victory of patriotic Republicans over the embodiment of the cable-news-media elite. Next to Piers and Wolf was the Fox News crew, who smiled up at us and gave a thumbs-up.

And speaking of fun: Many of you may be familiar with the Top 40 hit “Call Me Maybe” by young Canadian sensation Carly Rae Jepsen. This catchy ditty has spawned numerous covers and parodies in recent months. Some of my favorites include:

Thus inspired, I had fun going around Tampa filming many of the Utah delegation for a Republican National Convention version of “Call Me Maybe.” I apologize for being a little pushy at times to get a good clip, and I apologize to those I filmed who, through technical or other reasons, did not make the final cut. But I am grateful to all of the good sports starring in this, and especially grateful to Utah Policy’s Bryan Schott, who spent many, many hours back in Salt Lake City editing my raw footage into a very fun piece.

So, thanks again for enjoying The Red Kool-Aid Stand from Tampa, and enjoy the Utah GOP version of “Call Me Maybe”:

Mike Winder is mayor of West Valley City and former candidate for Salt Lake County mayor (he came in second to Mark Crockett in the recent GOP primary race). He also made a name for himself recently writing under the infamous pen name of Richard Burwash as a Deseret News writer, a lapse he has begun to atone for in his coverage of the RNC convention.