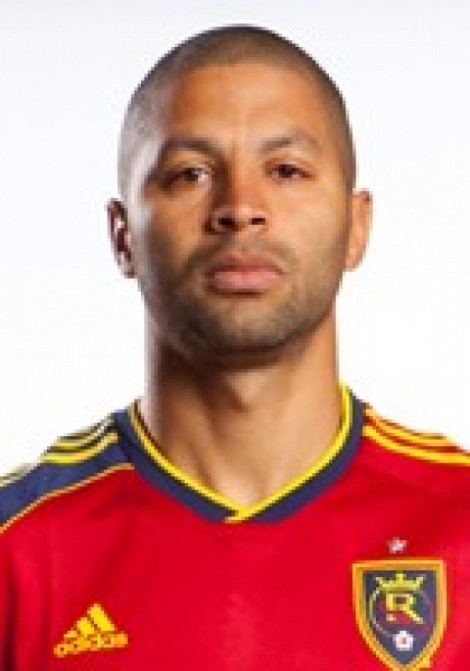 They said he wouldn’t play for a month.

Real Salt Lake’s Alvaro “Sabo” Saborio injured his shoulder during CONCACAF Champions League play on Sept. 18. His prognosis did not look good. Real Salt Lake had found a way to win without Sabo at home against the Portland Timbers on Sept. 22, mainly due to his fellow forward Fabian Espindola.

But Saturday night against Chivas USA, they both shined.---

RSL welcomed Sabo back onto the pitch and he soon made his presence felt. Sabo, the scorer of 10 of the past 17 RSL goals coming into the game, managed to inch back onto the end of an Espindola flick into the Chivas box in the eighth minute, making the score 1-0.

But Sabo was far from finished.

Only a few moments later, in the 12th minute, Espindola intercepted a bad pass from Chivas goalkeeper Dan Kennedy behind the home team’s defense and sent it Sabo’s way. His simple tap into the back of the net made it 2-0.

That’s when Chivas started fighting back.

During a forgettable season, down 2-0 at home, it would have been easy to give up the battle.

But instead, Chivas held on. Managed by former RSL assistant Robin Fraser (who some say is on his way out of the job), Chivas gave it all they could.

Only three minutes after Sabo’s second goal, Chivas midfielder Miller Bolanos was awarded a yellow card for diving, though he should have been awarded an Oscar. Will Johnson and Chris Wingert had been in several previous altercations with him already and were obviously displeased with his antics.

In the 20th minute, Wingert would get a yellow for running into Bolanos’ back. Bolanos would try to get even by kicking the ball directly at Wingert’s exposed chest in the 34th minute.

The game was getting exciting.

Bolanos soon had an opportunity to redeem himself, however. In the 18th minute, he got beyond the shaky RSL defense with the ball bouncing at his feet and shot it directly toward the goal. If it weren’t for the astounding one-handed save by Nick Rimando, the ball would certainly have gone in. Before the first half had concluded, Rimando would have to save two more balls sent his way, courtesy of Bolanos.

Still, that would be as close as Chivas would come, RSL quite easily pulling away in the second half. Johnson kicked a ball into the box in the 65th minute only for it to be deflected by Kennedy … right into the waiting feet of Sabo. He seemed destined for the hat trick all night. It was only a matter of time.

Even when RSL manager Jason Kreis substituted Paulo Jr. in for Sabo, the RSL attack seemed unstoppable. Espindola sent Paulo yet another key assist and the young forward shot a beauty in for a score.

It’s 4-0 and another three points for RSL, who face a tough schedule to close out the regular season. Those points were definitely needed for a club that comes back to the Home Depot Center next week to face a strong LA Galaxy side.

But that’s next week. For now, RSL can enjoy this. Sabo can sit back on the bench with an ice pack taped to every available limb and smile.