Hello to all you snow-driving, line-shoving, holiday-scowling, makeup-smearing, doomsday-predicting, tragedy-watching, would-this-fucking-year-just-end enthusiasts! --- I'm going to be honest: The holidays compacted with the endless stream of Mayan-calendar readers and the horrible events that took place yesterday in Connecticut; I'm ready for this year to end. And hey, what if all this over-hyped end-of-days nonsense is real? Considering a lot of the attitudes and events that have taken place during this past week, perhaps it isn't such a bad idea to hit the restart button on this glitchy world. Like an old Nintendo game, whatever powers that may be should just pop the cartridge out, blow into the end (even though that does nothing), stick it back in and start over from Level One.

Since this is the final month of 2012 and there's a certain occasion (depending on your persuasion) to be marked coming up near the end of the year, I'm going to cover what's left in December so you can somewhat try to plan whatever it is you're doing heading into the new year. The first half of the week is kinda dull, with the exception of the two locally made pub quiz events at The Republican on Monday and the Big Shiny Geek Show quiz at Lucky 13 on Wednesday. If you want a fun trivia night that isn't mired in competition and rules from nationally syndicated committees, pick one of these two with a team of six and just get out of the house. At Lucky 13, you even get to play to hold the “trophy” for a week. 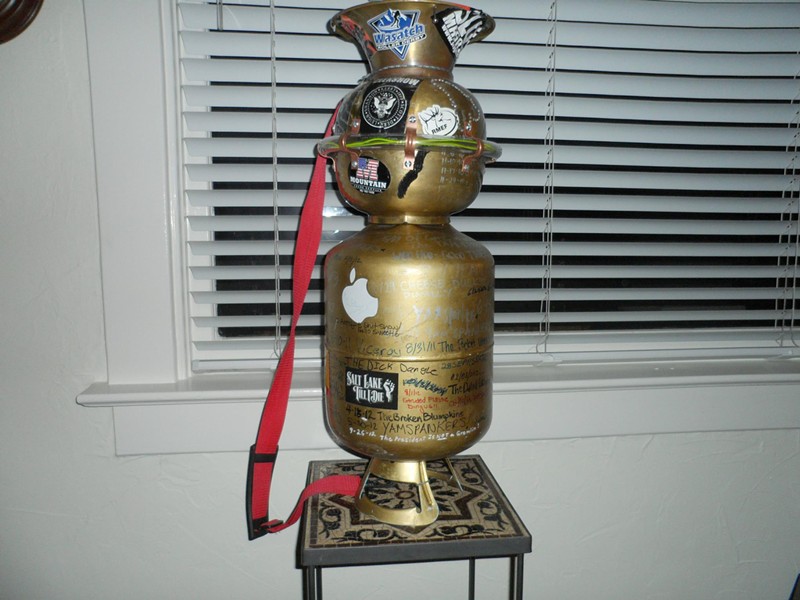 On Thursday, Travis Bone, the creative mind behind FurTurtle, will be showing off his works at Fat's Grill (in partnership with The Hive Gallery) with an exhibition of his posters from the past year and some classics. Bone has become a sought-after artist for national indie acts and has done well to serve the local music community through great displays of screen-printed artwork. Show starts at 7 p.m.

Friday night will become the second-biggest amateur hour this year, as anyone who even slightly believes the world is coming to a close will be out at any number of events. To list them all -- including the one where, for some reason Snopp Dogg (or Lion, whichever shows up), decided to book a show at the Depot -- would be too painstaking of a process. Truth is, you'll end up going wherever you feel like, even if i'ts a bomb shelter with your revised Y2K plan and updated supply of food. If you want a recommendation of a place to hang and watch the world burn with friends, try The Pickle Factory for its third-annual Christmas Party.

That evening will also mark the start of SantaCon SLC, which is, essentially, a pub crawl for anyone dressed up like Santa Claus. I'd show you pictures, but there are no good ones worth putting on this blog because apparently no one can aim a camera in a drunken state wearing a red suit. Check out this Facebook link for the complete details of how you can participate, watch or just avoid the red train.

And then ... the aforementioned occasion, Christmas, which just annihilated the rest of the year. The majority of Christmas week is regular DJs and sprinkled shows; not a lot worth noting over the week until we hit the end of it on Dec. 29 and the start of EVE. The three-day celebration takes over parts of downtown SLC, and this year they've gotten some pretty good headliners for cheaper prices than they have in the past; $15 for three days is a hell of a lot cheaper than most of the options over single nights. Check out their website for details.

And finally, the last real geek bash of the year will be at Brewvies, when the Geek Show Podcast presents their final movie night of the year. The podcast actually lets their listeners vote on what they'll be showing, which is why you're getting the awesome combination of Raiders Of The Lost Ark and Ghostbusters. The films are free but the libations aren't; join the crew for one last movie night before the year comes to a close.

As for the blog: Over the next couple of weeks you'll see some posts about local theater, a brand-new diner/club, an activist group and some glass works, not to mention the annual X-Mas post and marking a special occasion. At least, that's the plan for now; as always, we'll see what happens.