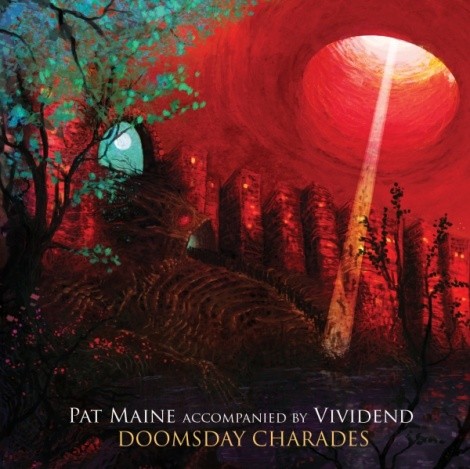 “Hip hop is my life,” says local MC Pat Maine. Doomsday Charades, which he describes as a timeline, captures way points in his hip-hop life. Maine talks about three songs from the forthcoming album.---

It’s been a busy 2012 for Maine: He’s toured nine months out of the year, with stops at South by Southwest and AC3 Festival, and the cherry on top was a run with Abstract Rude. Somehow amidst it all, he managed to produce the follow-up to his 2011 collab with MC Pigpen, Hard Work in Artwork, and shoot two videos. His latest album, Doomsday Charades, was four years in the making.

“Doomsday Charades is a very in-depth and dark piece of work. I would easily say it’s my darkest yet,” Maine says. “The best way I could describe what it is to me is a timeline -- it captures certain life-changing events in every song … whether it gives me some insight of an event in the lyrics or the song itself puts me back in time when I wrote it.”

Maine will be on tour in January with Aceyalone and JNatural, but first he drops this album on Dec. 21 at The Urban Lounge. Emerson Kennedy also releases a CD tonight. DJ Battleship and Taken Root provide support.

You ever clubbed a woman in the head and dragged her by her hair? No? Well, neither have I, but my producer, Vividend, does that musically. When I set out to write this song, I really just wanted to write descriptively through the perspective of a caveman. To my surprise, my third verse tied the whole thing together to mirror modern society. Even though we aren't clubbing future ex-wives and dragging them around, we are most definitely not far from that.

This is a track that has a cool little story: Burnell [Washburn] and I were touring our way back home on a beautiful end-of-summer drive from Portland, Ore. While making our way along the Columbia River, Burny comes to the front of the van and puts headphones on me. It hit me immediately, and I said, "That's the best beat you've ever shown me. I’ll write to it right now." Burny probably said something like, "No way. I'm so stoked," 'cause that's how he does. By the time we got, like, two hours out from Salt Lake City, I had these lyrics written. Please feel free to take advantage of the free download of this track.

I wrote the hook on a random inspiration of style from a local Illinois group that we played with. I really was looking for a song to give praise and thanks to all of the supporters over my years of being a struggling musician, and the hook tied in to that. “People I Claim” is the anthem track for humility because, quite literally, music is nothing without with ears for it to fall upon. I'm just glad people have cared enough to give us couches to crash on, shows to rock and sent us money when we were stranded in New Jersey with two flat tires and a need for an oil change.