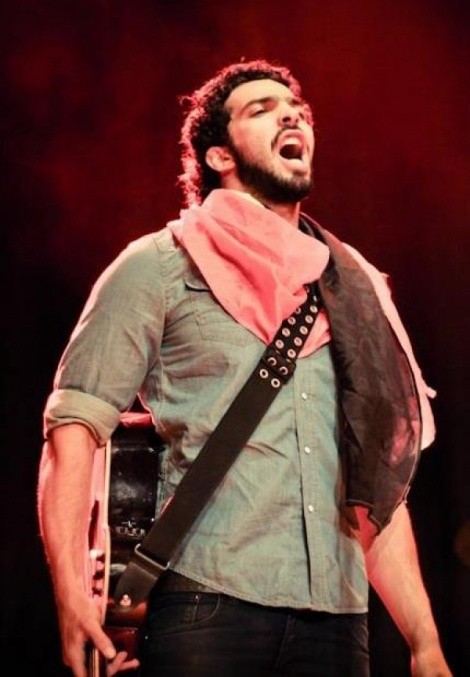 Ramy Essam wrote “Irhal” on Tahrir Square in minutes, but that song became the rallying cry for demonstrators during the Egyptian Revolution. Since, Essam has continued to run into issues with the military, though, and his management has stated this has happened again.---

In 2011, Time Out declared “Irhal” as the third most-world-changing song in history. His, and others’, contribution to the movement is documented in The Square, showing this year at Sundance Film Festival.

Essam was scheduled to perform at the ASCAP Music Cafe today, but the performance was cancelled because the musician was not allowed to leave the country.

In a statement from his management: “The purpose of this is to convey to you our sincere apologies for any inconvenience you may have experienced … Less dramatic but no less momentous was the military rejection of letting Mr. Ramy Essam leave the country, though it wasn't the first time to face problems like that.”

“Spreading the word is the best way you can help us achieve our long-term goals,” the statement continues. “Your help will allow us keep up the pressure and demanding justice.”

For more information about The Square, and for screening times, go here.