Ready for Love? Not Even Ready for TV | Buzz Blog

Ready for Love? Not Even Ready for TV 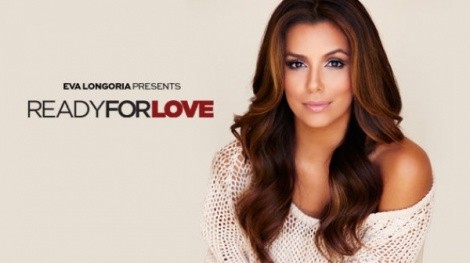 If you were planning on watching NBC’s new Ready for Love, get ready for math. Or meth. Either way, this show is good for no one. ---

If you’ve ever thought to yourself, “I like The Bachelor, but it’s not as confusing as it could be,” or “I wonder what kind of brilliant programming former Desperate Housewife Eva Longoria would produce?”, here ya go! As much as I was hoping that Ready for Love would be a Broadway show based on the songs of Bad Company (Wiki it, kids), it’s really just another reality-dating show, with several unnecessary twists: Three bachelors (including Plain White T’s guitarist Tim Lopez—live this one down, bandmates) sift through 36 women with the help of two hosts (Giuliana and Bill Rancic) and two “relationship and compatibility” experts (I am so in the wrong racket) over eight weeks and two channels (NBC and Style). So, anyway … you can watch the whole blissfully simple season of Burning Love 2 now at BurningLove.com. Do that.

Cougar Town (TBS) Season Finale: Yes, it’ll be back next year. No, it won’t have a new name.