Caucus Backers Have a Tough Argument to Make | Buzz Blog

Caucus Backers Have a Tough Argument to Make 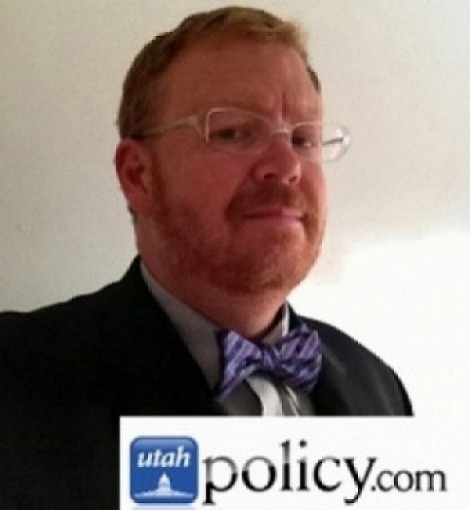 At the center of the fight over Utah’s caucus system is power. Delegates don’t want to give up their power over selecting candidates. Why would they? ---

Backers of an alternative path to the primary ballot want to give voters more say in who nominees are. Why wouldn’t the public sign up for that?


When you look at it, those pushing for the alternative route have the easier argument to make, while opponents of the alternative path to the ballot have to convince voters to not give themselves more power in the candidate-selection process. How on earth do they expect to make that sound palatable?

Look at this video from the Iron County Republican party that explains the benefits of the caucus system. Yes, it’s a clever video and quite engaging. But, it takes more than two minutes to make the case. How many voters are going to see this, much less sit through the entire video?

Caucus proponents have to make an intellectual argument, while alternative path backers get to appeal to emotion. In politics, the emotional argument resonates more and is easier. That’s a simple truth, and that’s why caucus backers are wary of the Count My Vote group.

If you distill the arguments down to their most basic flavors, they are this:


There certainly are benefits to the caucus system. It gives underfunded candidates a chance. It keeps the decision making with the party diehards. But, despite the massive influx of caucus attendees in 2012, most Utahns are simply disengaged from the process. Participating in the caucus system requires a level of commitment that most Utahns aren’t willing to give. This is America, after all, where entire industries are built around our laziness and love of convenience.

I love politics. I could sit and talk about political strategy and policy all day long. People like me are open to debating the merits of the caucus system and see a real value to it.

Now think about your neighbor, your spouse or a close friend. How “into” politics are they? Unless they’re a total freak like me, they’re probably just casual observers. They follow the big stories, but the minutia is often lost on them.

That’s whom caucus opponents and backers will be fighting to persuade. That’s whom they need to make their pitch to.

If caucus lovers have to spend more than 30 seconds explaining why the caucus is a good thing, they’ve already lost. I’ve tried it. It’s nearly impossible to explain in that amount of time how the caucus system works and why it’s needed. The tune-out factor is high.

Last month’s GOP convention gave us a sneak-peek at what kind of arguments those who want to preserve the caucus system will use. Speakers railed against “elites” who want to control the nominating system, how special-interest money may take over the nominating process, how the parties are being “blackmailed” by Count My Vote into making changes.

I’m not sure how those messages will resonate with voters. They appeal to those who already have a stake in continuing the system, but it could be too “wonky” for the general public.

There’s one other minefield for those who want to keep the caucus system. It would be very easy to paint the caucuses as a tool of a “nanny party” that makes decisions about who the candidates should be because they somehow “know better” than everybody else.

Power is a seductive thing. Delegates want to keep nominating power with the caucuses. Count My Vote wants to give that power to a wider group of Utahns.

No wonder caucus backers are so fearful the idea could be put to voters.

Bryan Schott is managing editor of UtahPolicy.com and UtahPulse.com. He is an award-winning journalist who has covered politics in Utah for more than 15 years. He also blogs at SchottHappens.com.