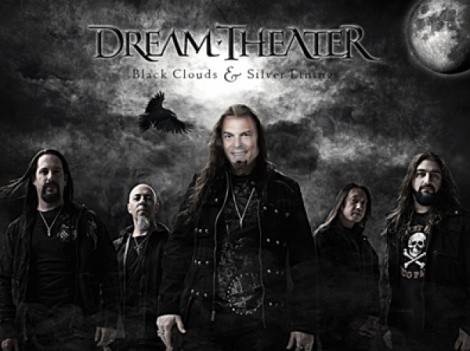 In an alternate dimension, former Utah Governor Jon Huntsman Jr. never got into politics. In this universe, instead of his patented salt-and-peppery Ken doll haircut and smooth-talkin’ demeanor, Huntsman has long, flowing, metal hair, never wears a shirt and regularly flips off the crowd while playing keys in a progressive rock band called Wizard.---

Back in 1978, Huntsman was just a high school whippersnapper and he did, in fact, play in a band called Wizard. But, as the story goes, he eventually traded in his Moog synthesizer for a suit and tie and the rock-god version of Huntsman was laid to rest. Or was it?

On July 30, 2007, Huntsman brought his two sons to a Dream Theater show at the E Center (now the Maverik Center) and, upon hearing the band’s progressive rock sound, he later that day signed an official proclamation declaring that July 30 will be forever known as Dream Theater Day in the great state of Utah.

Yeah, that actually happened. Here's Huntsman, his sons and members of the band making it official:

Now, every year, Utahns must recognize Dream Theater Day because that’s what alternate-dimension Jon Huntsman wants us to do. So, to help you get into a celebratory prog-rock mood, here’s a brief video of the same show that summoned Huntsman’s inner rock god and helped inspire today’s holiday…

Note: The date of the concert was actually July 30; not August 30, as suggested in the video's title.