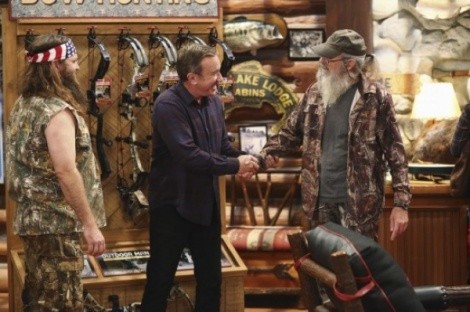 Last Man Standing (ABC) Season Premiere: Not only is Tim Allen’s utterly fucking awful sitcom back for a third(!) season tonight, he’s also got Si and Willie from Duck Dynasty—it’s the convergence of All Things Terrible. ---But hey, at least Nancy Travis still has a job.

The Neighbors (ABC) Season Premiere: One of the most-maligned new comedies of last season has been sent to the Friday Night Island of Doom—too bad, because critics (myself included) should give the suburban aliens of The Neighbors a second chance; after Last Man Standing, its going to look like genius. But hey, at least Jamie Gertz still has a job.