Local Releases: It's Too Hot, Let's Just Download It.

July 04, 2014
comment
We're getting into July with a lot of awesome music on the way, but for the time being you're going to be finding most of it online as summer tends to not have as many release shows as the rest of the year. Something about people not liking hot and humid rooms. —- We'll start with the one from last night, held in the humid Urban Lounge, the release show for Dustbloom. You can actually read my article on the band in this week's City Weekly, then head over to Bandcamp and purchase Keeping The Black Dog At Bay for a mere $8, or $9 if you want a CD.

Getting to the online releases, next up is the band Boxfish, a two-piece acoustic Americana project from JeniSage Sidwell and Brooke Mecham. The SLC duo take synchronized harmonies and mix it in with guitars, harmonica, ukulele, violin and even a harp on occasion to create this really sugary sound, reminiscent of early songs from The Mollies. The put out their debut album titled Dads a few weeks ago on Bandcamp, you can snatch it up for a mere $7 today. 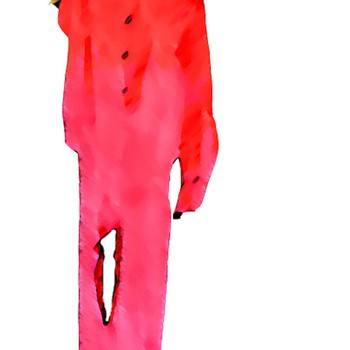 Next up is a new release from Logan rock band Racecar Racecar. The double-palindromed band have been around since 2009, mainly sticking to Cache County with the occasional visits to Ogden and SLC. These guys actually had a self-tilted EP floating around that didn't quite make it outside of their city and received no online release. But that was five years ago, before the band re-established themselves in 2012 with a sound that feels like an entirely different project, aiming for a more pop-influenced writing. They've finally got some new music out to the masses in the form of a four-track demo, which you can pick up for $3 off their Bandcamp.

Speaking of demos, this week we got an interesting release from Her Luminaria. This is the acoustic “sadcore” project from the talented JP Keirn, you may have gotten his last album, The Dawn Is Your Enemy, back in October 2013. He's got a new album where the title pretty much explains it all: Demos, Covers, And Other Found Tracks. The material itself has no dates or notations to it, it's more like he went to clean out his musical hard drive and found a bunch of stuff he didn't think was up-to-par. But now you can get it for whatever price you'd like on Bandcamp.

Getting into some instrumental music, we have a release from hip hop producer Ominous. This is a name coming completely out of the blue, not much to look up on the man as they're not giving out their name and everything under this name is from 2014. They've put out an album of free ambient/beats under the title Music For The Occult, but it sounds more like a backing track for a NIN-type project than hip-hop. It's at least worth listening to, and it is completely free on Bandcamp.

And then finally we have The Circulars, who kinda shocked everyone this week by releasing a full-length album on short notice with a release show at The Rose Establishment last week! The four-piece dreampop/shoegaze band from SLC have been making the rounds and have their live act down pretty tight. Last year they released their debut self-titled EP in September which earned them some local press, but this new album called Ornamental outshines the EP by miles. You can some minor refinement on the instrumentation and vocals, putting a nice shine on something that was already great to listen to. You can download it for whatever you'd like to pay on Bandcamp now.