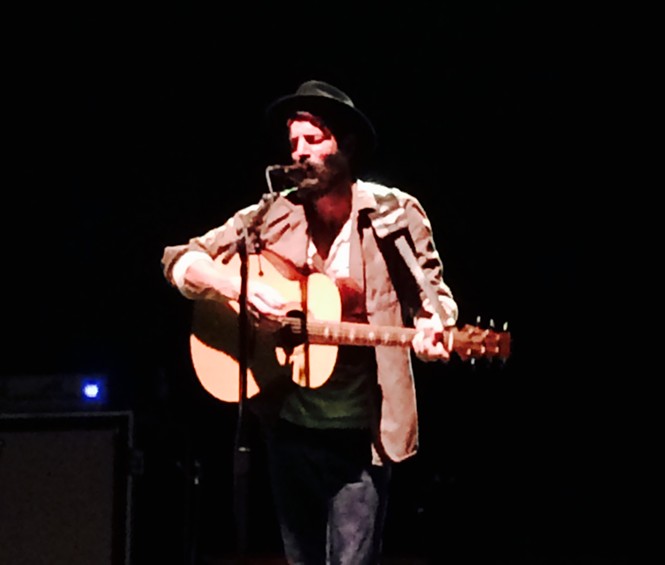 Grammy Award-winning singer-songwriter Ray LaMontagne played a sold-out show Friday night at Red Butte Garden Amphitheatre. A nearly full—not yet super—moon backlit the amphitheater to add to the dreamy ambiance of the evening, and a mild breeze swept over the audience while lightning strikes lit up the skies to the West as LaMontagne appeared onstage to croon away. LaMontagne was joined by upright bassist Zachariah Hickman, multi-instrumentalist Dave Depper, and brother/sister duo Barbara and Ethan Gruska of Belle Brigade on drums and guitar, who pulled double duty by also opening the show. 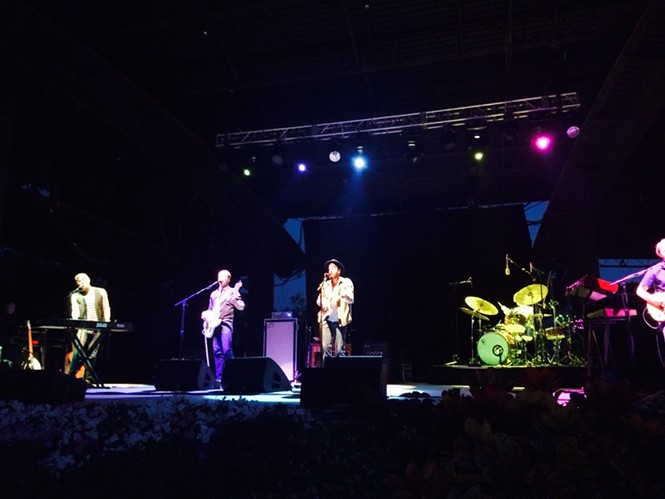 LaMontagne mostly performed songs from his latest endeavor, Supernova, but also played bluesy fan favorites such as “Trouble” and “Jolene,” from his first album, 2004’s Trouble. At one point, he inspired a massive sing-and-sway-along by treating concert-goers to an achingly beautiful reduction of Ben E. King’s classic hit “Stand By Me.” During what was to be the most surprising and clever moment of the evening, the band channeled The White Stripes by playing a few chords from “Seven Nation Army” during “Meg White,” a nod to White Stripes drummer Meg White, who toured with LaMontagne a few years ago.

Ray LaMontagne has performed in Salt Lake City several times, but this was his first performance at Red Butte Amphitheatre. Halfway through the show, LaMontagne shared his thoughts about Salt Lake City saying, “It’s a beautiful, beautiful, beautiful place,” and then regaled the audience with stories about raising hell with his friends in a housing development while dressed like ninjas during his middle school years here. He admitted that he may have overshared after describing their antics, but quickly laughed it off and continued to speak of his affection for his formative years in Utah and his connection with this place.

LaMontagne returned to the stage for the first of two encores with “Hey Me, Hey Mama” and “Drive-In Movies,” and then delighted the audience by returning to the stage for a second encore to perform love song “Shelter” to end the night.