August 22, 2014
comment
August may be winding down, but it's still got some surprises in store this week, mainly in the online realm. The first one up is from SLC producer Right Star. The alter ego of Adrian Morales, Right Star is a longtime name in the game who produces some of the more nocturnal beats you'll find in town. He's also an awesome producer, photographer and all-around nice guy. His most recently released album, full-length The Wanderer, came out in summer 2012. Now he's returned with an EP titled From Right Star, With Love, which is a small collection of what he calls “songs from other projects I've worked on or songs that just never found a home for some reason.” There are some cool songs on here from emcees Atheist, Dine Krew and Ruddy Carpel, as well as some sweet instrumental beats. You can download it for whatever you'd like on Bandcamp.

Moving from hip-hop to death metal, damned fine Salt Lake City trio Curseworship has come out with a new album. Their first self-titled album was put out on Bandcamp in September 2012, followed by a formal cassette in spring 2013. They just released their brand-new EP titled Awakening last week, and it contains four heavy, pounding tracks with some of the most rasping vocals I've heard in a while. You can download it for whatever you'd like to pay on their Bandcamp page, and if you're a venue looking for a metal act, they're now taking bookings for any dates they can set up.

Racing to the other side of the musical universe, St. George band Pangea just released their debut album. This group has some mighty fine Southern Utah musicians, including Isaac Gish, Thom Valadez, Tyson Christensen, Kyle Lyman and Jeff Ostler. They've got a good two and a half years of experience behind them, which is probably why their debut album Hourglass sounds pretty professional. If you're into a lighter version of Arcade Fire or Pearl Jam, this might be the band for you. You can download it for $5 off their Bandcamp now. 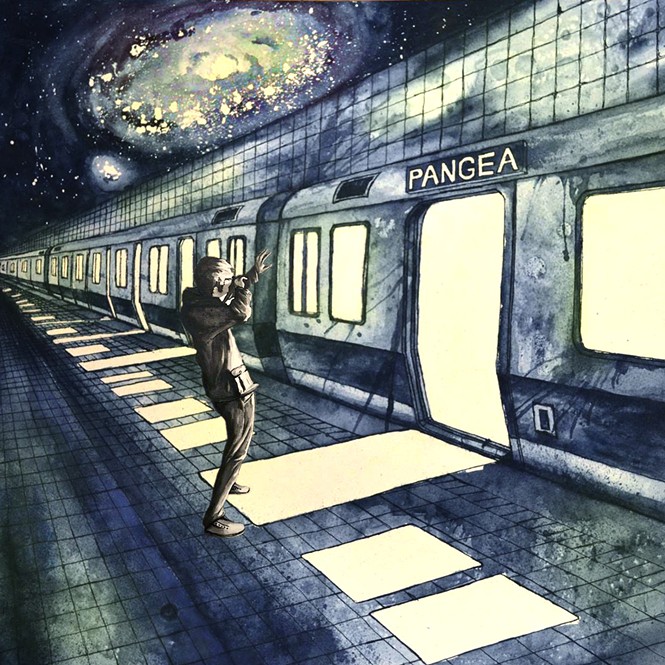 Finally, moving on to release shows, the first is from Baby Ghosts. We mentioned their online release here a few weeks ago, and now they're putting the physical copy of Maybe Ghosts out tonight at Kilby Court, with support from JAWWZZ!! and Chalk. Tickets are $5 and the show starts at 7 p.m.

Meanwhile, a few block east, SEM and U92 will be releasing their new collaboration, Home Grown Mixtape Vol. 1. This is actually pretty monumental on a local level, because local radio stations have a bad hit-or-miss record when it comes to producing local music albums. KRCL's Circus Brown released a couple awesome Snackbox albums on his own, KUER has has a couple Live In Studio CDs for fundraisers and of course the highly praised/ridiculed Live & Local series X96 put out. But this is one of the few hip-hop compilation albums we've seen, backed by a radio station that's proven they have a love for the locals. You can pick up this completely free mixtape tonight at Bar Deluxe, where Jef Doogie, Fleetwood and LAM will perform, probably with some surprise guests, all hosted by DJ Poetik C. Tickets are just $5 and the show starts at 8 p.m.