September 12, 2014
comment
We've got some really cool music to talk about this week as both the SLC and Provo music scenes have started picking up steam for the fall. We'll start with online releases, and the first on the list is Grizzly Prospector. This originally started as a solo project for singer/songwriter Parker Yeats, who would mainly perform beautiful acoustic music at smaller venues and coffee shops around SLC. Over the years, he built the project into a full band with Garrick Biggs, Michael Biggs and Seth Pulver as the primary musicians, as well as a troupe of SLC performers who drop in from time to time to contribute to recordings and live performances. Grizzly Prospector's latest release is an EP called All of Them Witches, which is an acoustic ambient album that the band has listed as “ambient drone” music. You can currently download it for whatever you'd like to pay on Bandcamp.

Next up is the debut album from alternative/post-hardcore band 20 Stories Falling. The Orem-based trio—comprised of Brad Rhoades (Wake Up Nebula), Colton Swapp and Oakley Hill—formed in late 2010. The band has been kind of an on-and-off thing over the years without any formal releases until now; last week, 20 Stories Falling released their debut EP, A Reminder Of You, on their Bandcamp page. You can snag a digital copy for $7, and the album may also be released in a digital format in the future.

While we're talking about alternative music, let's shift to alt-folk/Americana band Beard Of Bees, which features a lineup made up of musicians from SLC, Logan and Rexburg, Idaho. Not surprising, live events are a rarity, but when they get together, it makes for an impressive show. The group recently released their debut album, Prenatal Beard, which you can buy for whatever you'd like to pay on Bandcamp.

Moving into electronic music, we have the latest album from Itchy, the project of Roy-based producer Collin Wheelwright. He put out a really cool album called Sound of Information in 2011, but then he seemed to fall off the radar. It took him a few years, but he finally put together his sophomore album, a self-titled full-length that you can snag from his Bandcamp for whatever you'd like to pay.

Heading into release shows, we've got two happening tonight. The first is at Kilby Court, where we'll see the latest release from Nora Dates, an indie-screamo band that formed in late 2011. The lineup of the group has rotated a couple times; currently, they're operating as a four-piece. Nora Dates' sound is quite melodic and intricate, and they're definitely a band worth seeing in person. Their previous album, an EP titled How to Die With a Smile on Your Face, was released in May 2013; now, they're releasing a full-length album called Worth/Fountains, which you can snag on Bandcamp for whatever you want to pay. Or you can pick up a physical copy tonight at Nora Dates' release show, where they'll be playing with Wasatch Fault, Jesus Christ & the Goddamns and Radiator Hospital. Tickets are $7, and the show starts at 8 p.m. 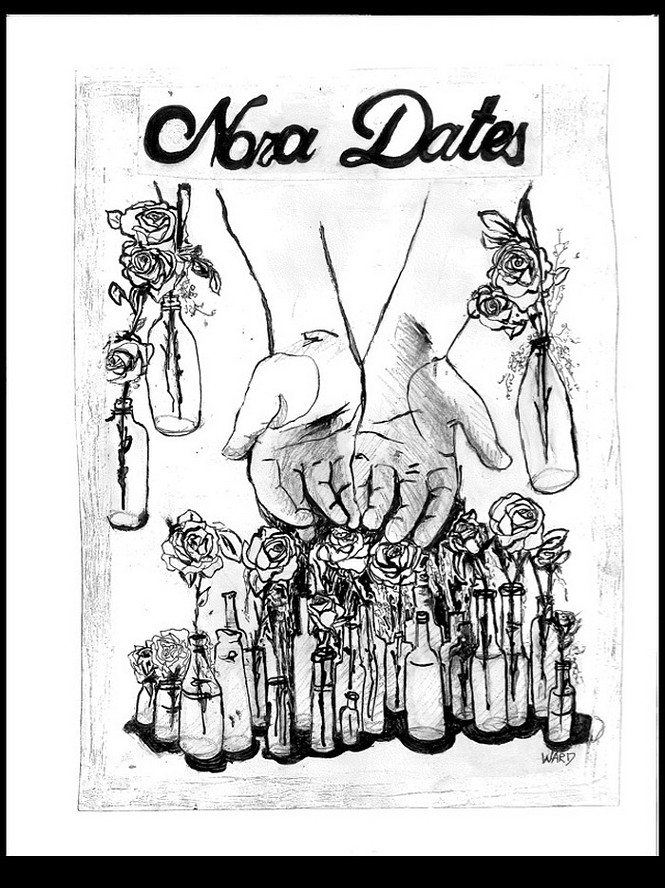 Meanwhile, down in Provo, John Allred will be releasing his latest solo album. You may know him better as the namesake of indie-rock band Allred, who have released a number of impressive albums over the past few years. It's been a while since we've seen John doing his own thing and not tied to specific group; however, his latest solo album finds him playing with members from his previous projects. So is it really a solo project, or just the latest incarnation and evolution of Allred as a musician? Decide for yourself when you pick up a copy of Forest Eyes at his album-release show at Velour tonight, where he'll play with Mindy Gledhill and Scott Shepard. Tickets are $10, and the show starts at 8:30 p.m.

And then finally, heading up to Logan, tomorrow night is the release show for the latest album from The Cotton Ponies. This four-piece rock band got their start in early 2011, mainly sticking to northern cities like Logan and Ogden and earning a fine following as one of the harder acts in Cache County. Their new EP, Fancy as Fuck, comes out this weekend, and if the small clips online are any indication, this is one punk fans should check out and support. You can get a physical copy at Why Sound on Saturday night, where the band will play with the Jail City Rockers and The Insomni-Antics. Tickets are $5, and the show starts at 8 p.m.