Asteroid named after the University of Utah | Buzz Blog

Asteroid named after the University of Utah 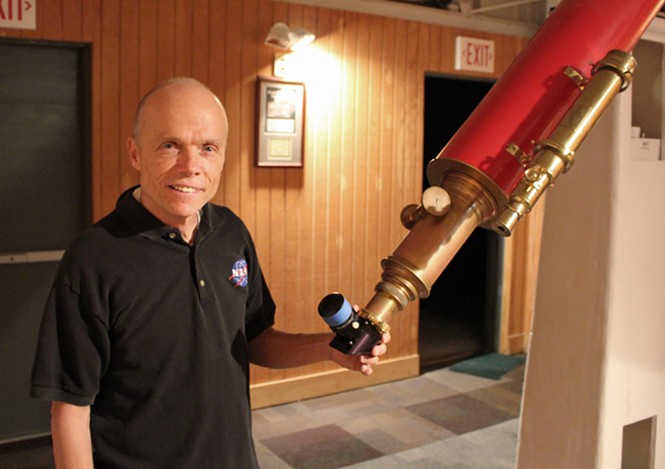 The University of Utah now has an asteroid named after it, an honor that is typically bestowed upon history's greatest minds like Enya, George Takei and Adam Carolla.  This is a big deal.

The University of Utah now enters a special class of schools that have asteroids named after them including Princeton, Harvard, Cornell, and Amherst College. “There aren't too many other universities on the whole planet with asteroids named after them. So that puts the U in rather rarefied company," says Patrick Wiggins, a part-time public education assistant in the University of Utah's Department of Physics and Astronomy,

Wiggins discovered the asteroid in 2008 in his home observatory in Tooele, Utah. Wiggins submitted the name "Univ of Utah" to the International Astronomical Union’s Minor Planet Center in July 2014 who later changed the name to Univofutah.

Wiggins says that the naming agency has a 16 character or fewer requirement for asteroid names, meaning "The University of Utah" was not an option for the asteroid's new name.

The asteroid is small, compared to other in the main asteroid belt, at 1.2 miles across. Wiggins says that because of its size and distance it is difficult for even the Hubble Telescope to determine its shape. Although, the night Wiggins discovered the asteroid it was a mere 137 million miles from Earth.

Univofutah is the fourth of five asteroids Wiggins has discovered. He discovered Elko and Timerskine in 1999, Laurelanmaurer in 2007 and Nevaruth in 2008.

“Thankfully, this one will not be coming anywhere near the Earth,” Wiggins says. “It’s a loooong way out. It is in the main asteroid belt. It stays between the orbits or Mars and Jupiter."