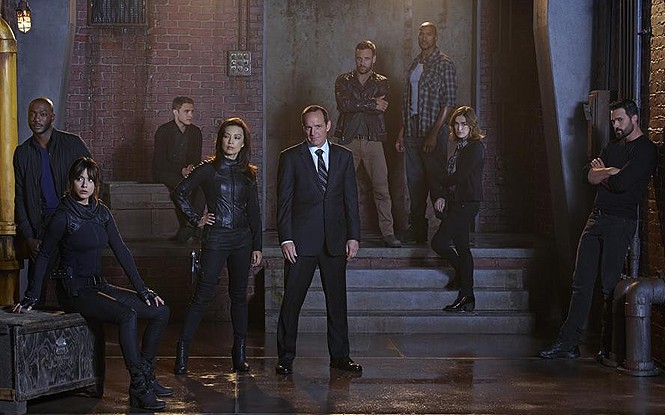 Marvel’s Agents of S.H.I.E.L.D. (ABC) Season Premiere: What do we know about Season 2 of that Marvel show with no superheroes? The agency is in shambles! Coulson is monologue-ing with a vengeance! Skye has serious bangs! Ward has a bad-guy beard! Agent Carter shows up (in a flashback)! Lucy Lawless joins in! The Mockingbird (Adrianne Palicki) is coming! Just like last year, ABC didn’t let critics see the first episode! Sigh …

NCIS: New Orleans (CBS) Series Debut: Any need to spell this one out? Scott Bakula is the Aw-Shucks Silver-Maned Leader, Lucas Black is the Leather-Jacketed Wild Card, Zoe McLellan is the Sensible Female Presence, and CCH Pounder is the Quirky Science Lady; they investigate military crimes in New Orleans. Don't worry, your town will eventually get its own franchise ... were we talking about NCIS or Popeye's?