Over the past four years, loveDANCEmore has made a lot of waves within the dance community, being both a place for alternative presentations and a home for dancers and choreographers looking to expand their careers in a more intimate setting. Because of this opportunity, the company hasn't just succeeded—it's thrived and become an independent source for entertainment. LoveDANCEmore will enter its fifth year in January, and today we chat with founder Ashley Anderson about the company and its growth before their November Mudson show Nov. 17. (All pictures courtesy LDM.) 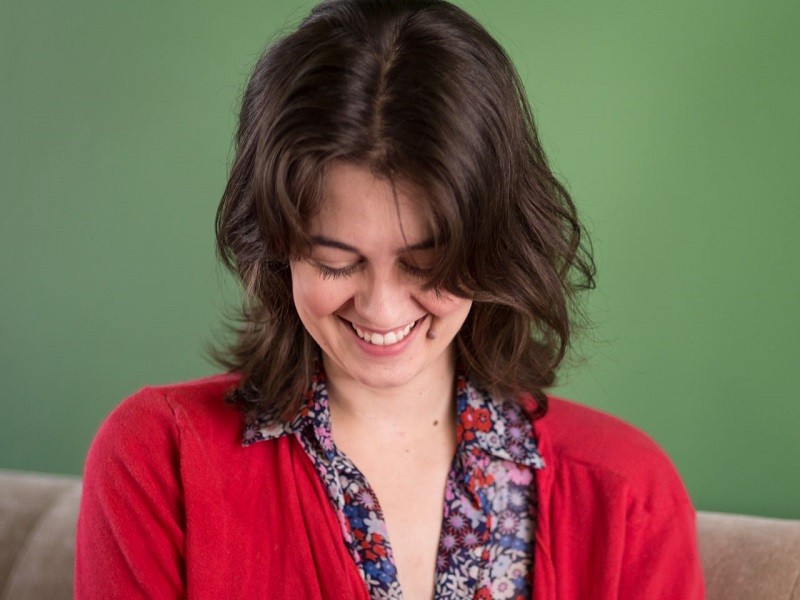 Gavin: Hey Ashley, first off, how have you been since we last chatted?

Ashley: I have been great. IoveDANCEmore programs have been growing and I've also been producing a good deal of my own creative work.

Gavin: When we first spoke, loveDANCEmore was just taking off. How did your inaugural year go for you?

Ashley: LoveDANCEmore has unfolded in a really great way. Since 2010, we have produced 25 Mudson work-in-progress performances, published nine performance journals, hosted three showcases of artists in the studio theater at the Rose, started a new series in Provo and created/participated in countless other concerts and new media galleries.

Gavin: Over the past couple years, you've been able to develop it into more than just a company. How was it for you to transform it into a hub of local dance info?

Ashley: The idea that loveDANCEmore is a "dance company" is one of the most common misconceptions about what we do, partially because Utah has so many great dance companies, which runs counter to national trends, where primarily independent artists work on a project-to-project basis. LoveDANCEmore has always been set up to be a supporter of what's happening in Salt Lake's dance scene, which includes producing works by local dance-makers and also documenting their work on our blog and also in a biannual performance journal.

Gavin: What's the response been like from the community to the reviews and news sections?

Ashley: We've just started sharing our reviews with 15 Bytes which has expanded our audience greatly. The response to reviews is primarily positive — only so much dance can be covered in traditional media and we've managed to give a lot of artists critical response who wouldn't otherwise have it. This, of course, comes with counter criticism because not everyone is interested in a response to their work unless it's positive. We've tried to be really transparent about that. A good example is a recent review of Rhythm Migration at the Rose. Our reviewer had a lot of critical feedback and another local artist responded not with hostility but with a respectful, yet totally alternative point of view. We posted both.

Gavin: You also launched a journal that comes out two or three times a year. How challenging was it to put that together and build a subscription base?

Ashley: The journal has been great to work on, primarily because of community volunteers like Matthew Hall who helped us with the initial design. A lot of university dance programs and libraries are interested in the journal because it's reviews of dance in Salt Lake alongside thematic essays and photographs about dance and performance. I've passed my editorial hat to Samuel Hanson, who has been a great contributor in terms of reviews. I find his extremely frank style to be a great, if controversial, addition to the dance coverage and I've enjoyed seeing him put together the last two issues. People interested can find copies he scatters throughout community-dance spaces and coffee shops or order a copy via lovedancemore.org.

Gavin: One of the biggest success stories from your run has been the Mudson performances. How have those been going for you over the past year?

Ashley: Mudson is another project with new names on board. Amy Falls has been coordinating this works-in-progress series which allows 12 choreographers a year to test out ideas they are working on. Each show is very different. The fall has included works by a range of artists from Ririe-Woodbury's Artistic Director, Daniel to my intern Emma Wilson. The result is a real interplay between choreographic approaches and styles. Each artist brings their own audience and everyone gets a total mix of approaches dance-making. The result shakes up what people expect and helps artists assess whether their ideas are working on a large scale. Since I started in 2010, the amount of reviews we've published per year has doubled — I credit a lot of dance being produced to the existence of this series as a platform for artists to be paid to work on ideas.

Gavin: How has your relationship with the Masonic Temple been, and how have they reacted to becoming the home for the Mudson shows?

Ashley: The Masonic Temple has been a great space to work in. We use the ballroom, which is a really neutral and unusual space. Audiences are disarmed from their theatrical expectations and the result is great. Sometimes I think those on a tour during Mudson setup can be a bit confused about what is happening, but I think that's a good thing.

Gavin: You have a performance coming up this Monday, Nov. 17. Tell us a little bit about the show you have planned?

Ashley: The show this coming Monday features a flamenco choreographer alongside three modern dance artists, two from Salt Lake and another from Ogden. As with all of the shows, a brief proposal is submitted in an open application process, but beyond that, we never know what people are up to. It's a totally free platform for artists to test ideas, and it's often as much a surprise to me as anyone.

Gavin: How did you go through and select the choreographers who put together the works for it?

Ashley: The applications are screened first for logistics. For example, the space can't support aerial dance, which a lot of people are interested in. Then a blind panel helps to determine which dances should be selected and also which make the best pairings (varieties of work, not all solos or not all large groups).

Gavin: What's the process been like getting the show together, and what are your favorite pieces from this run?

Ashley: The process is up to the new Mudson coordinator, Amy Falls. She works with the artists to turn a non-theater space into a space where dance can be presented. This often involves creative lighting and staging. I'm excited to hear how flamenco by Solange Gomez (Tablado Dance Company) sounds like in the space because it has incredible acoustic. I'm also excited to see the work by Sarah Bybee, who I've never seen perform, and Josie Patterson, who is showing her third work in the Mudson series.

Gavin: For this show, you've received some additional support from both ZAP and the Utah Division of Arts & Museums. How has it been working with both of them to bring this to the public?

Ashley: ZAP and the Division of Arts & Museums are incredible. This coming year we also have support from the Salt Lake City Arts Council. These grants, which don't exist in all cities or states across the country, really value not just the arts but also the importance of free events.

Gavin: Come January, you'll be entering your fifth year with LDM. What are your thoughts on how the company has progressed, and where do you think you'll be headed over the next few years?

Ashley: I think the events have managed to stabilize and grow since 2010. Mudson evolved from a works-in-progress series to also include Daughters of Mudson, a showcase at the Rose Wagner where a curator selects five works to be supported to completion. The next few years will look at components where our programs can grow. I know Sam is interested in not only growing the journal and blog but also possible expanding to new media, including podcasts. I'm glad that Amy and Sam now run Mudson and the performance journal, respectively, because it adds new voices but also ensures that new developments will continue to unfold.

Gavin: What can we expect from you and loveDANCEmore over the rest of the year and going into next?

Ashley: After November Mudson, there may be a pop-up performance of dance films, so check lovedancemore.org for news. Otherwise, cozy up with the newest volume of the performance journal, to be released this Monday! And wait for the spring Mudson series and more 2015 announcements.

Ashley: Just come to Mudson on Monday! 7:30pm, Masonic Temple (650 E. South Temple). You can pick up a performance journal too. Visit our website or AshleyAndersonDances.com for more.