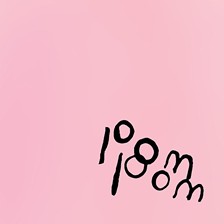 Greetings, music fans. Here's your weekly sampling of the new tunes that are coming out this week, and today's eclectic offerings range from off-kilter pop to stark, grating rock. Out of the week's various new releases, my favorite is probably the latest album from New York City indie-rockers TV on the Radio. I'm especially digging the track below, and not just because the music video is so eye-catching.

As a sneak peak for next week, check out the sweet debut album from enigmatic New York City rapper Your Old Droog at NPR First Listen.

Ariel Pink, pom pom
"Put Your Number in My Phone"

Pink Avalanche, The Luminous Heart of Nowhere
"In Empty Spaces"