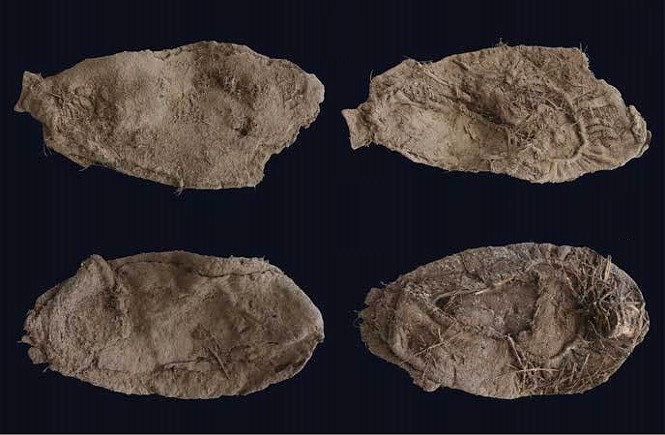 More than 80 years ago, anthropologist Julian Steward excavated a group of caves outside of Salt Lake City and discovered hundreds of moccasins, the majority of them belonging to adolescents of a previously unknown culture.

His discovery was startling, but interest in the Promontory Caves—on the shore of the Great Salt Lake—waned until Dr. Jack Ives of the University of Alberta resumed excavation in 2011.

Ives' excavation led to the discovery of 40 moccasins; with Steward's collection, there have been 350 total moccasins discovered in the area. Ives and his colleagues published their findings in the American Journal of Physical Anthropology in October 2014.

The discoveries made during the two excavations helped the researchers draw conclusions about the little-known people who lived there centuries ago.

“One difference between Steward’s excavation and ours is that we’re collecting animal bones,” Ives says.
The animal bones Ives and his colleagues collected showed that the Promontory Culture of the mid to late 13th century was mainly big game like bison and elk.

“When we see that many children in a population pyramid, we can tell they were really thriving,” Ives says.

In addition to the more than 350 moccasins discovered between the two excavations, ceramic shards, stone tools and hunting bows have also been unearthed.

Ives points out that some of these findings, mainly the ceramic shards, are evidence of other Great Basin cultures like the Fremont, who occupied the area shortly before the Promontory and the Shoshone.


The caves' location has been kept under wraps for decades for fear that artifacts will be stolen.

“There can be a problem with looting in instances like this. We owe a lot to the current land owners they have protected the caves,” Ives says.

“We’d be very glad to talk to anyone with artifacts from Promontory. I’d be very curious to see them. We imagine there could be a lot more out there that we don’t know about,” Ives says.

A few of the Promontory moccasins are currently on display at the Natural History Museum of Utah.