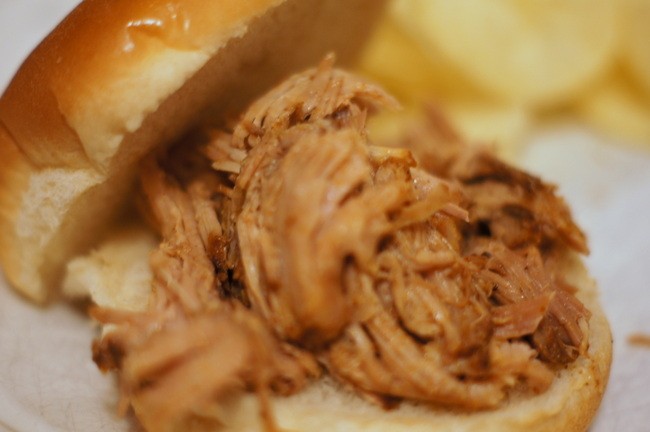 I love pulled pork sandwiches. However, I don't always love cranking up the outdoor smoker and slow-cooking the pork for 12 hours or more. Here is an easy slow-cooker method for making pulled pork that is darned good. You won't get the crunchy "bark" that you would with slow-smoked pork, but this version is really tasty, juicy, and simple.

One trick to getting a somewhat smoky flavor from slow-cooker pulled pork is to use smoked paprika rather than regular. You can find it in most Spanish markets and gourmet specialty shops.

In a small bowl, mix together 1 Tbs. of the brown sugar with the paprika, cumin, mustard powder, salt and pepper.

Rub the spice mixture onto the pork, making sure to season all sides.

In a large skillet, heat the cooking oil over medium-high heat. Add the pork and brown lightly on all sides, about 7-9 minutes total.

Remove the pork and place it on a plate.

Deglaze the skillet with 3/4 cup water (or you could use broth), whisking and scraping up the pan drippings.

Transfer the pan liquid to a slow-cooker.

Add an additional 1 cup of water or broth to the slow-cooker, along with the remaining 2 Tbs. brown sugar, tomato paste and vinegar. Whisk to combine the ingredients.

Place the pork into the slow-cooker, cover and cook on low for 6 to 8 hours, or until the pork begins to fall apart.

Remove the pork from the slow-cooker and place on a cutting board.

Strain the liquid from the slow-cooker into a saucepan.

Bring the liquid to a boil and cook over medium-high heat until reduced by about half. Taste the liquid and season with additional salt, if necessary. 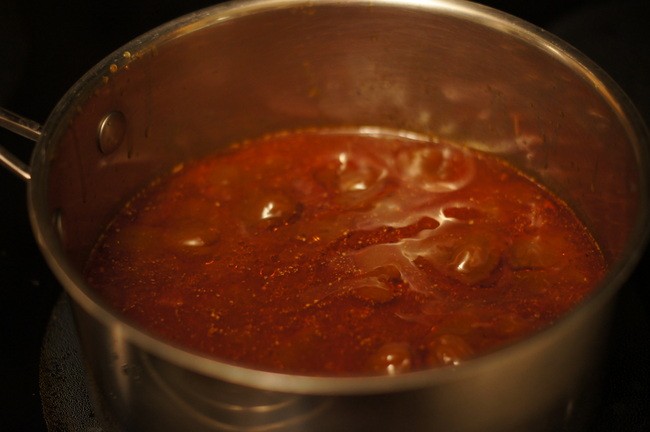 Roughly chop or pull the pork into pieces and place into a large bowl. Add some of the cooking liquid to the bowl and toss to moisten the pork.

Serve the pork on buns with additional barbecue sauce or cooking liquid alongside.