Alty News: A Record Number of Prisoners Were Freed After Wrongful Convictions in 2014 | Buzz Blog

Alty News: A Record Number of Prisoners Were Freed After Wrongful Convictions in 2014 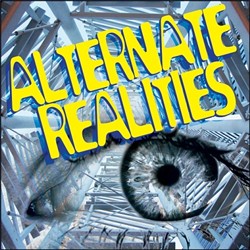 As President Obama calls for more protections in Arctic wilderness areas he also calls for the opening up of East Coast waters for future drilling.

While the President called for fast and free Internet at least 20 states have laws set up to hinder the development of high-speed broadband networks.—ProPublica

A new report shows a 2014 was a record year for people to be freed from incarceration after being wrongly convicted.—Mother Jones

The Salt Lake Community College's nursing faculty is in turmoil with the hiring of a new department head.—Salt Lake City Weekly

Utah Politico Hub reflects on how the caucus system has many benefits but also caters to participants driven by fear.

Fear is such a powerful motivator that all sides use it to drive people to the polls and generate millions in revenue on talk radio and news shows.

The effect of the fear is that the people who are elected to participate have much stronger and more one-sided views than the general population. This is even more extreme with the party’s central committee. This is especially true when there is a low turnout on caucus night.—Utah Politico Hub

The New Yorker examines Albuquerque's high rate of police shootings where no officer has been indicted.

In the five years before Christopher’s death, the Albuquerque Police Department shot thirty-eight people, killing nineteen of them. More than half were mentally ill. In Albuquerque, a city of five hundred and fifty thousand, the rate of fatal shootings by police is eight times that of New York City. Renetta vaguely remembered hearing about many of the deaths in the local media. Nearly every time, the police announced that the person who had been shot was violent, a career criminal, or mentally ill. “I just assumed that these men must have done something to merit being killed,” she said. “On the news, they relayed these really sinister stories about the men, and they’d flash these horrible pictures. They looked frightening.”

Grover, the former sergeant, said that when officers shot someone the department typically ordered a “red file” on the deceased. “The special-investigations division did a complete background on the person and came up with any intelligence to identify that, you know, twenty years ago, maybe, the person got tagged for shoplifting,” he said. “Then they gave the red file to the chief.”—The New Yorker