February 22, 2015
comment
Saturday's Best of Utah Music band showcase was a fantastic night of eclectic local music, featuring live performances by Minx, Big Wild Wings, VanLadyLove, Fictionist and Bat Manors. Check out some of the highlights from the evening below.

Thanks to all who participated! Don't miss the second Best of Utah Music band showcase, happening Saturday, Feb. 28, at 50 West Club, with The Ladells, Secret Abilities, Dark Seas, Static Waves and The Strike.

Electro-pop duo Minx kicked off the showcase with a multi-media performance, treating the audience to moody but danceable music—featuring electric guitar by Raffi and brassy vocals by Ischa—paired with eye-catching images and film. That creative visual element added an interesting layer to the performance, and it was especially cool when Minx played material from their latest album, Together Forever, as they screened a portion of their short film of the same name.

Indie-rock outfit Big Wild Wings played a hard-edged but beautiful set that featured strong, clear vocals from frontwoman Lyndsi Austin and had some interesting touches thanks to a toy piano and a cigar-box guitar.

VanLadyLove was a popular act at the showcase, whose fans packed in to experience the Provo band's high-energy brand of sing-along, clap-along pop-rock. At the end, VanLadyLove surprised the audience by bringing onstage two guest vocalists, who supplemented the band's performance with solid backing vocals and a rap interlude. 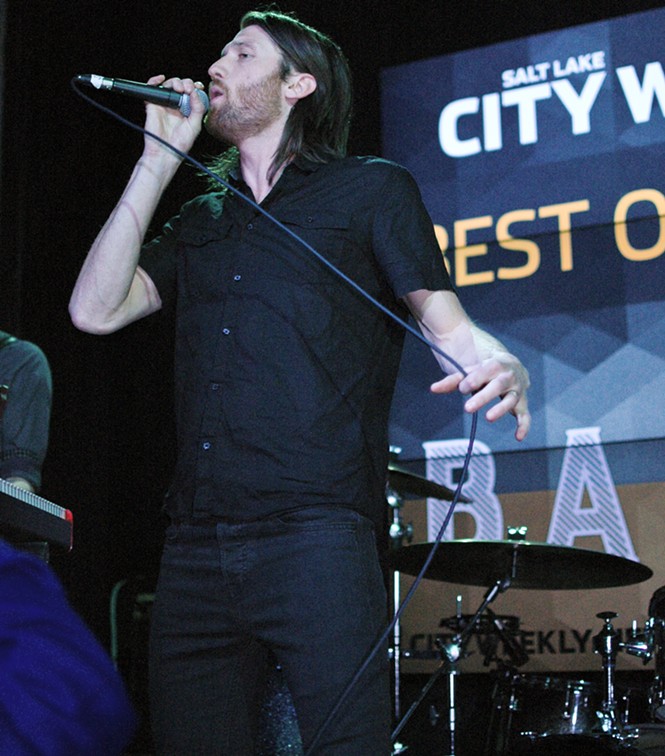 Pop-rock band Fictionist demonstrated impressive musical skill and compelling stage presence at the showcase. Co-lead vocalists Robbie Connelly and Stuart Maxfield have some eyebrow-raising pipes between them, and that really came out when they harmonized together. 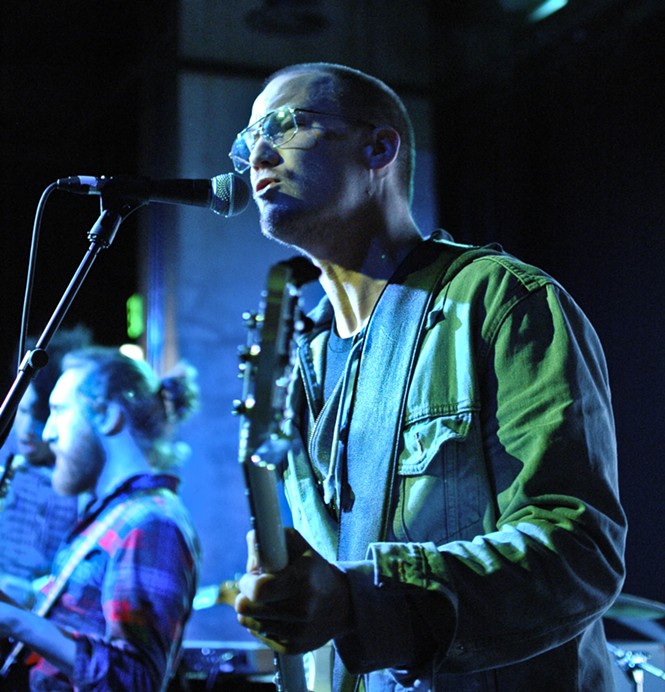 Everyone who stayed until the end of the showcase were rewarded with a mellow but stunning set by chamber-pop band Bat Manors. With ethereal violin and xylophone, the music was beautiful, but adding flawless vocal harmonies by Adam Klopp and Katrina Ricks made the performance nothing short of magical.

All photos by Josh Scheuerman