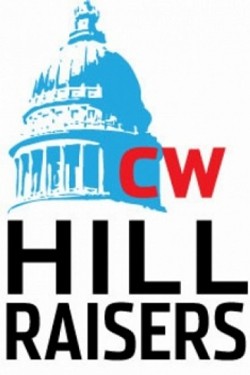 There was singing, screams of “no” and lots of yellow lawn signs that read “Protect Wild Utah” at a rally Monday at the Capitol where environmental groups mixed with hunting groups and the camouflaged blended in with puffy Patagonia jacket-wearing folks.

Most came to voice their disgust with the state of Utah’s continued and relentless efforts to take back around 31 million acres of Beehive State soil managed by the federal government’s Bureau of Land Management.

Those in attendance listened to spirited speeches from Black Diamond Equipment founder and CEO Peter Metcalf, Bill Christensen, president of the Rocky Mountain Elk Foundation and Heather Bennett, a Salt Lake City School Board member and founder of the group For Kids and Lands.

But anyone who stuck around for the conclusion of the hour-and-a-half rally got an up-close view of just how fervent the opposition is.

Among those gathered was a bespectacled man in a dark suit. He snaked his way through the crowd, making his way to the front row. He stood quietly and listened. When the crowd sang the chorus of Woody Guthrie’s “This land is your land,” he sang along. And after the last speaker spoke, he climbed the east steps in the Capitol rotunda and took his uninvited place at the microphone. He was Rep. Mike Noel, R-Kanab, who has been among the staunchest advocates in Utah’s now multi-year, multi-million dollar quest to manage the state’s treasured public lands.

Noel told the Utahns gathered that he represented a lot of the wild places in question, and he accused the speakers of spewing “misinformation.” The crowd booed, the microphone either cut out or was cut off, and Noel moved into the crowd, where he spoke face-to-face with a few men as the crowd gathered around to hear.

It was a scene straight off the middle school playground, when two tough kids get in a brawl and their classmates, sensing blood, circle. And, if nothing else, the scene aptly illustrated the tension that exists between those who believe the federal government should continue managing these lands, and those who believe the feds should stay in Washington D.C.

But while the Utah Legislature, with its robust Republican membership, isn’t likely to relent in its efforts any time soon, environmental groups are finding common ground with hunting and wildlife groups who also see state ownership of public lands as a threat to wide open spaces.

“Utah’s federal lands should remain in ownership of all people in this great country,” Christensen said. “Motivation for change should be rooted in what is best for the land, not political posturing.”

Metcalf, who located his once small-time rock climbing business to Utah 25 years ago, said he did so in large part because of Utah’s public lands.

Massive corporations like Adobe and Goldman Sachs have also flocked to Utah, in part due to vast corporate income tax breaks given through the Governor’s Office of Economic Development. But Metcalf said there is another reason Utah’s robust economy thrived. “The key ingredient are our public lands,” he said.

Tim Wagner, executive director of Utah Physicians for a Healthy Environment, noted the high costs those living in the Uintah Basin and along the Wasatch Front pay in terms of unhealthy air caused in part by the thriving fossil fuel industry in Utah, which he says operates 12,000 oil and gas wells. Much of the oil sucked out of the ground is trucked to Salt Lake City, where it is refined.

Wagner also noted that around 95 percent of these holes in the ground involve fracking and require massive sums of water.
A study by the state’s universities on the economic viability of Utah’s land seizure found that oil and gas exploration on Utah lands would need to remain robust and the costs of fuel to stay high in order for the state to operate in the black.

Wagner called the state’s efforts to wrest these lands a “shell game for the fossil fuel industry.”

Christensen acknowledged that his group doesn’t always see eye-to-eye with other conservation shops. But on the topic of whom should manage places like the Book Cliffs, the San Rafael Swell, the Henry Mountains, the Wasatch Mountains and vast swathes of Utah’s red rock country, Christensen says he and his group are on the side of federal ownership.

And in case the Utah Legislature thought they had an ally in the camouflaged contingent, Christensen pointed out that they do not.

“This sleeping giant is awake and watching,” he said.