A look into the new collective film studio in downtown SLC

March 27, 2015
2 comments
The film community usually swings like a pendulum, as do a lot of the communities in Utah, with this one taking an upswing in the past calendar year. With the new movement and activity come require changes and need for support in this time of growth. One of the latest additions to that community has been TWIG Media Lab, now located in downtown SLC near the highway. Operating much like the Photo Collective Studios does for photographers, the studio space can both films and edit material with an in-house crew, as well as utilizes the space for rentals for professionals looking to make their own projects. Today we briefly discuss the work happening here with one of the co-founders, Christopher Lee. (All pictures courtesy of TWIG.)

Gavin: Hey Chris, first thing, tell us a little bit about yourself.

Chris: Myself and my brother Alex are the principle partners in TWIG Media Lab. A little about ourselves. We grew up in SLC, our mother is the director of the Tanner Dance Program and our father was a Professor of Occupational Health. There are nine years between us—though much of our childhood experiences were similar. We grew up dancing in our mom’s studio and going to movies with our Dad on Friday nights. 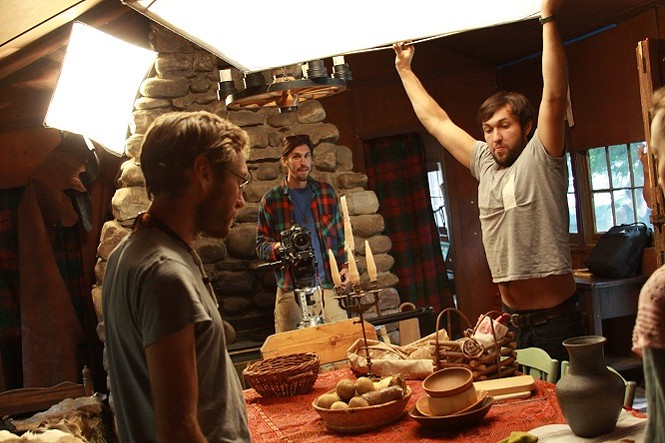 Gavin: What made you decide to study at the University of Colorado Boulder and what was your time like there?

Chris: I left for college in Boulder when Alex was eight. I was a business major though I didn't really understand how poorly that fit until my last two years when I was taking accounting, finance, etc. I stayed with it, though upon graduation when options were companies like Proctor and Gamble and Phillip Morris, I fled. My first job post-undergraduate was working for Warren Miller Productions. After spending a week on set in Aspen, they asked me to write a screenplay. I loved film but more so writing. I moved to Missoula, Montana where my best friend from high school lived and came to feel so driven by writing and storytelling that I knew it would be my future. In 1998, our Dad passed away after a long illness which sent me traveling for several years and Alex spending his teenage years growing up faster than he needed to. He spent his undergraduate at BU studying Psychology and Mass Communication and upon graduating moved to Portland Oregon where he had a cousin in the film industry.

Gavin: What was it like for you growing in your field and learning the ropes to filmmaking?

Chris: Filmmaking is so hard. We’ve made so many mistakes. Our first feature film was like trying to guide a fragile boat through a cliff-lined channel. I felt like it was going to sink at any moment. But each success and mistake brings more encouragement to refine and improve. I learned about filmmaking in my Master’s Program. Which means I learned about the tools but also the theory, history,  My brother, and partner in TWIG learned filmmaking in the industry. As such we have spent a lot of the last number of years arguing about how to do things. 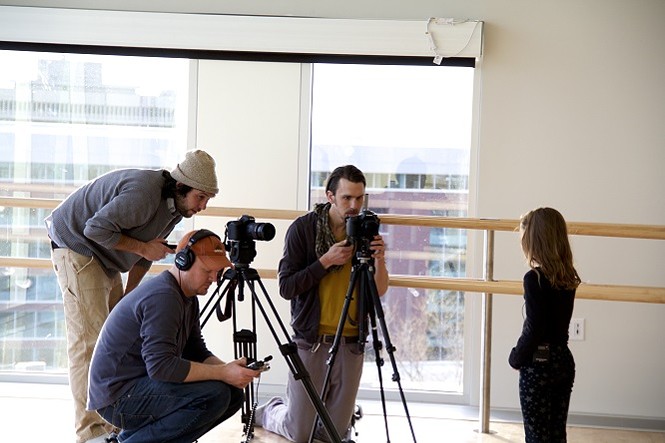 Gavin: How did the idea behind TWIG Media Lab come about?

Chris: Alex returned to Salt Lake City in 2007 to work for Animation Studios on the Legend of Santa Claus. I returned to Salt Lake several years prior where I was teaching dance and drama at the Salt Lake Arts Academy. In 2009 I had begun an MFA program in film and the two of joined forces along with our Director of Photography, Brian Roller, our sound engineer and composer, Aaron Webb, and our Financial administrator, Paula Lee, my wife to make our first feature film, an adaptation of Hansel and Gretel.

Gavin: With the five of you combined, how quickly can you turn various projects around?

Chris: We now operate out of our studio at 569 West 600 South. We have done such varied projects over the last couple of years. Our second feature, a documentary on the Children’s Dance Theatre will come out later this year. We’ve done pieces for non-profits used to secure local and national funding, commercials, all kinds of different projects. We are currently working on a four-part series addressing Climate Change, as well as a Poetry Series for the Division of Arts and Museums. We turn projects around quite fast, as our principals are involved in all stages of production. 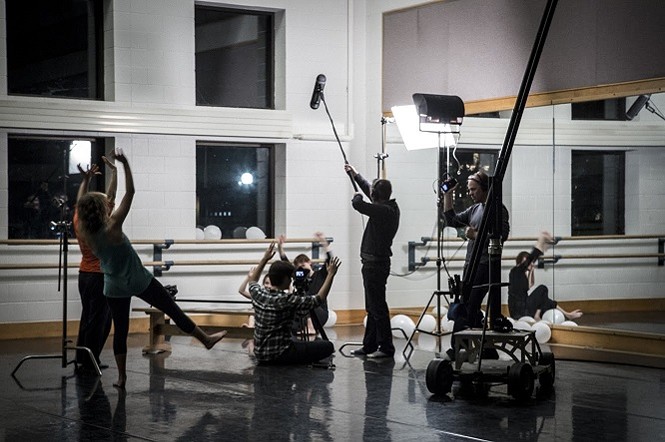 Gavin: How did you come across the place on 600 West and what was it like transforming it into a studio?

Chris: As far as our space goes, we are housed in a studio that is part of a bigger warehouse that was once home to Lumenas Animation Studios. When the recession hit in 2008, the Lumenas film, The Legend of Santa Clause went under and the space turned into a disarray. When we were looking for a studio, Alex recommended we come down and check it out. We’ve since put hours of sweat into it to give it life.

Gavin: Aside from the film aspect, what have you done to make your studio stand out from others who do the same kind of rental/community workspace format?

Chris: Our CYC is a great element of our studio, as is the community that rolls around this warehouse. We have recording studios, personal trainers, ring makers, musicians, dancers, etc. People walk in from across the hall all the time and say, “can you shoot this for us.” We try not to turn anything away. 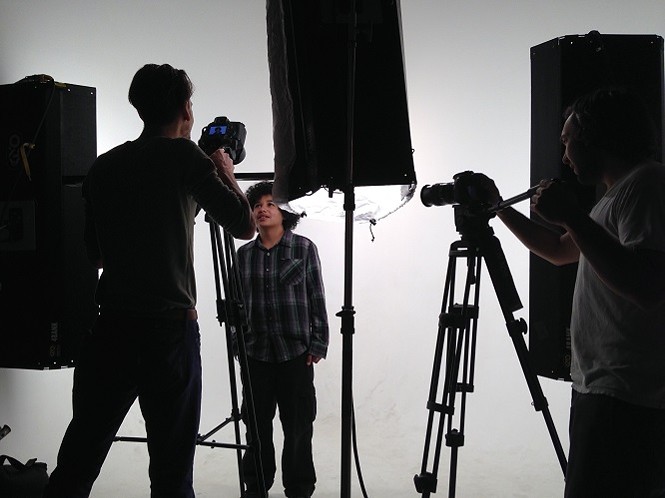 Gavin: How has the community responded to the facility since opening?

Chris: As far as the film community goes, I see TWIG making feature films every couple of years. They are films that use a small crew but rely on excellent storytelling and a dynamic visual . We hosted a screening this summer of one of our films down at the warehouse and had 250 people socializing, watching, and ambling through the corridors of the warehouse.

Gavin: What kind of impact are you hoping TWIG will have on the film community?

Chris: I see TWIG Media Lab as a studio bending into experimentation in film on both a commercial, documentary and narrative plain. This summer we will accompany 6 dancers on a journey to create site-specific dance films across the state. We plan to use drones in particular to offer new perspectives on dance as well as a documentary approach to give people insight into the creative process. Along with running TWIG both Alex and are adjunct Professors in the Department of Film and Media Arts which gives us the opportunity to bring our real-world experience into the classroom. 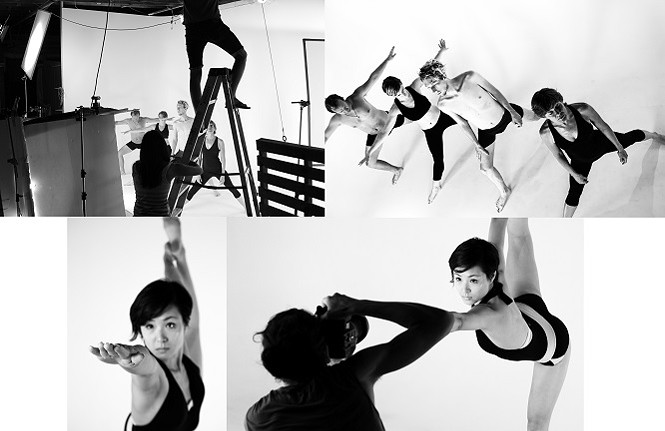