We've talked about this but it doesn't hurt to repeat it, the standup scene in SLC is probably one of the most gender-balanced in the country. The rise of women comedians in the valley and abroad in Utah is astonishing, as a new crop of talent in the past two years have turned the once male-dominated entertainment genre into lineup where almost every show has a handful of women on the bill. One of the names to come up in the past year is Eileen Dobbins, who we talk comedy with today as well as her career and thoughts on the local standup community. (All pictures courtesy of Dobbins.) 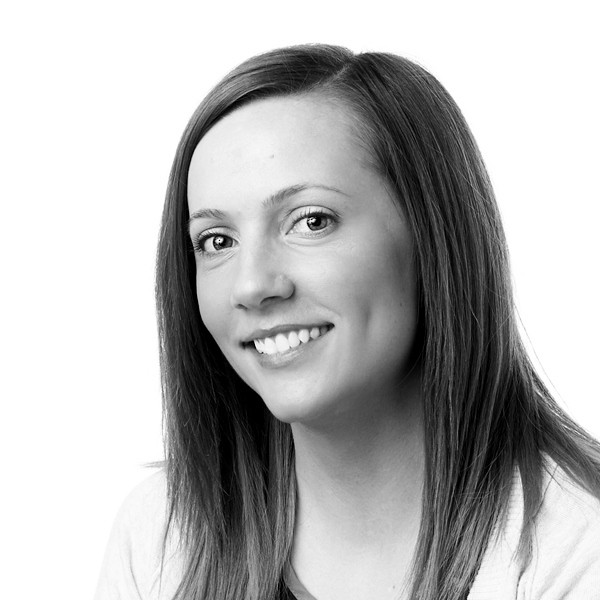 Gavin: Hey Eileen, tell me about yourself.

Eileen: I’m just your average home-schooled Montana girl turned standup comedian. I’ve been told I have an “old soul.” Really I just have the interests and stamina of grandma.

Eileen: I only really got into listening and watching as an adult. I was raised in a very conservative family, so my views on comedy were inspired by reading a lot of witty books and watching people like Bob Hope and Bing Crosby in the Road To... movies.

Eileen: Comedy is something I had been wanting to try for a few years when I finally got around to it last July, as part of a resolution. I don’t think I’ve really thought about it as a career, but it has definitely become a passion. I get such a rush from making an audience laugh—it is very addictive. I tried it once and now I can’t stop.

Eileen: It was challenging at first. I had to put in a lot of time and a lot of open mics and test out a lot of before I got a chance a real gig, but that’s how it works—you have to pay your dues. I got to see that effort pay off when some of the local comedians noticed the hard work and improvement and rewarded it with opportunities on showcases.

Eileen: I’ve gotten a lot of really great advice from some of the local comedy veterans that it would have taken forever to learn otherwise. One comic taught me that I should pace my jokes to have a punchline about every ten seconds. Other comics have given me tips on how to improve my writing. The biggest thing I’ve learned is that comedy is about confidence, you need to tell jokes that you stand behind and really commit when you deliver them.

Gavin: What’s it like for you personally coming up with material and deciding what works and doesn’t?

Eileen: I love writing new jokes! I look at any experience now as a potential joke. That means I write a lot of that isn’t any good at first. I’ll usually be working on a joke for a few days before I perform it anywhere, and if it stays funny to me that whole time then I’ll try it at an open mic. If it works there for a few weeks then I’ll use it in my set on shows.

Eileen: The acceptance and support in the local comedy scene unbelievable. I have made some great and truly hilarious friends while telling jokes. Right into trying comedy, I had several seasoned comics approaching me offering encouragement and advice. I like to think comedy isn’t competitive—really there’s enough funny to go around.

Gavin: What was it like for you as a woman comedian coming into a scene that’s much more balanced in gender equality than other comedy scenes?

Eileen: Having not experienced any other scenes it’s hard for me to answer that question. I do know that comedy does seem to be a more male dominated field and I think we would all like to see that more even. All the comedians with whom I have spoken about it are thrilled to see new female comics bringing more balance to the scene.

Gavin: What’s it been like for you moving up through both the underground and independent circuits so quickly and making a name for yourself?

Eileen: That’s something that I’m still working on. So it’s hard, but I love seeing the fruits.

Gavin: What’s your take on our standup scene and the work coming out of it?

Eileen: I think it’s an exciting time for comedy in Salt Lake. People are working hard to create opportunities for stage time, and the local comedians are reaping the benefits of that. There are so many talented comedy minds here, Salt Lakers are really lucky to have so many funny people available to them.

Eileen: OK, let’s see. Jackson Banks, Andy Gold, Steve Soelberg, and Alex Velluto are some of my favorites—just to name a few. There's a bunch of great local comedians. It’s hard to list them all.

Eileen: Without an audience comedy doesn’t exist. Obviously Wiseguys is a great venue and they put on a lot of shows which provide a lot of opportunities, and they know how to draw a crowd. I’ve been really impressed and grateful, though, with some of the non-comedy club venues that have opened their doors for comedy and let us have shows and open mics on their stages.

Gavin: What’s your opinion of national stand-up comedians coming through town and what that does the local scene?

Eileen: I love it for selfish reasons. I turned into a total fangirl when Demetri Martin came to Wiseguys. I also think it benefits everyone to bring in some big names. It’s great because local comedians may have a chance open up those shows and get in front of they might not be able to reach otherwise.

Gavin: What would you say the impact of events like the SLC Comedy Fest and the Comedy Carnivale have had on local performers?

Eileen: I haven’t yet had the opportunity to participate in any of these events, but I really hope I get the chance to. I think anything that creates time in front of an audience for our local comics is a good thing.

Gavin: What advice do you have for people looking to get into standup comedy?

Eileen: Think up some jokes before you hit an open mic. Don’t be afraid to try new things. Ask for feedback. Grow thick skin. Don’t be discouraged.