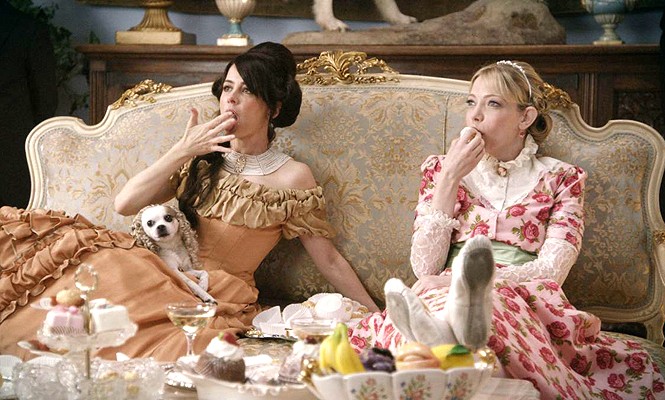 Another Period (Comedy Central) Series Debut: The Bellacourt sisters (Natasha Leggero and Riki Lindhome) were the Kardashians of the early 1900s, concerned only with being rich, famous and relatively disease-free. Leggero and Lindhome are two of the funniest comic actors around, and the rest of the cast (including Michael Ian Black, Paget Brewster, Brett Gelman, Christina Hendricks, David Koechner, Jason Ritter and David Wain) is equally impressive. But Another Period is more silly than stellar, like a leftover episode of Drunk History (same director, coincidentally) that wasn't done cooking yet—nice summer filler behind Inside Amy Schumer, but it likely won't last any longer than that. Leggero deserves her Big Break—has Season 3 of True Detective been cast yet?

WWE Tough Enough (USA) Return: It’s been gone for four years—did you miss Tough Enough? Apparently not, but it’s back, anyway! On the upside, the new take on America’s Next Top Rassler is hosted by the always-entertaining Chris Jericho, and the trainers include the likes of Booker T and Lita, as well as judges Daniel Bryan and Hulk Hogan.