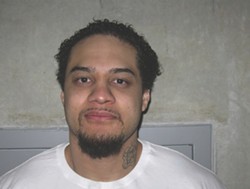 The following is text of a letter sent to U.S. Attorney General Loretta Lynch.

Each year, the Utah Headliners Chapter of the Society of Professional Journalists bestows a Black Hole Award to one or more government agencies that demonstrate significant opaqueness and disregard for public information laws. While the designation is referred to as an "award," it is not one any public official should relish.

At its banquet Thursday, the Headliners gave its 2015 Black Hole Award to two agencies under your oversight: the U.S. Marshals Service and the FBI. The award was bestowed for those agencies' refusal to disclose any reports or details about the April 21, 2014, shooting at the federal courthouse in Salt Lake City.

In that episode, a U.S. marshal — no one has disclosed his name — shot and killed defendant Siale Angilau. The FBI investigated the shooting.

Those few facts and that the Department of Justice elected not to prosecute the marshal comprises what we know. No one at the Marshals Service or the FBI will answer more questions. The Marshals Service has denied multiple requests made for documents under the Freedom of Information Act. A request to the FBI has been pending for a year.

A lot has happened in a year. Citizens in multiple cities have expressed concern about use of force by law enforcement. In some of those cases, the Justice Department has stepped in to investigate that force and whether civil rights were violated.

The transparency and accountability the Justice Department has sought to ensure in those cities has not been applied to the Angilau shooting. To be clear, The Headliners take no position on whether the marshal was right to kill Angilau. We want to know what happened in the courtroom that day and what any investigation found.

It's not too late to rectify the situation, Madame Attorney General. The Headliners encourage you to facilitate the release of all reports, witness statements, the statements of the marshal and conclusions reached in the Angilau shooting. The Justice Department also should disclose the name of the marshal and work with the court to provide the video of the shooting to the public.

The Headliners give a Sunshine Award each year, too, to someone who promotes transparency and public information. Here's hoping you're a nominee for that award next year.

Members of the Utah Headliners board signed and sent this letter. The Utah Headliners is the state's largest SPJ chapter. Copies of this letter also has been sent to the U.S. Marshal Service and FBI field offices in Salt Lake City and to Utah's congressional delegation.

Editor's note: Eric S. Peterson sits on the board of The Utah Headliners Chapter.