Descending on the southern end of the valley will be the next big convention to take over the Salt Lake Valley, as Salt Lake Gaming Con hits the start button on their events. Designed to appeal specifically to video and tabletop of multiple genres, the event will take over the next three days and feature a multitude of tournaments and competitions, all with celebrity guests, cosplay and some additional bonuses. Today we chat with SLGC founder and tournament competitor Jake Williams about his career, setting up the convention and the fun you’ll be able to see this weekend. (All pictures courtesy of SLGC.) 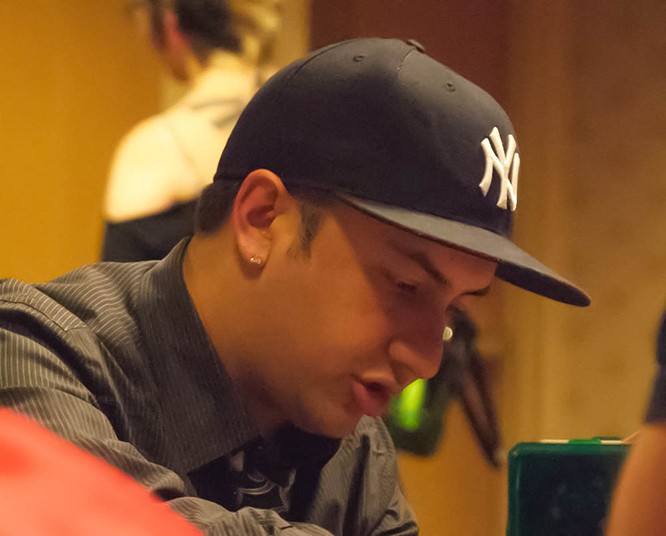 Gavin: Hey Jake, first thing, tell us a little bit about yourself.

Jake: I’ve always been a big gamer.  I’ve also worked in the entertainment industry for the past 15 years.  I’ve put on concerts at venues like Saltair, In the Venue, The Complex, The Depot, The Salt Palace and quite a few others.  For the past few years I’ve been traveling nationwide going to conventions like DragonCon, WonderCon, San Diego Comic Con, GenCon and Origins.

Gavin: What first got you interested in gaming, and what were your favorite titles growing up?

Jake: I grew up in the arcades playing Mortal Kombat and Street Fighter.  I spent a lot of time at the Nickelcade and other arcades growing up.  When I was about 13 years old, my parents finally got a computer.  The first computer game I ever bought was Civilization.  Ever since then I’ve been hooked on turn-based strategy games.

Gavin: Would you say you were more of a video gamer or tabletop gamer?

Jake: I play both; they both have their place.  Fighting games are fun because no one likes to lose.  Being able to compete with actual people is so much more fun than playing against the computer.  I also think that is why I am so drawn to tabletop games.  Sitting across the table from someone and actual being able to play a competitive game is a blast.

Gavin: At what point did you decide you wanted to start competing as a gamer, and why Heroclix as your main game?

Jake: I was at San Diego Comic Con in 2004.  Everyone at the convention was talking about this big Galactus toy that you needed to buy.  My name got drawn to purchase the Galactus.  When I got it home and I saw that it was a game, I became really intrigued.  When I realized that it was a turn-based strategy game like Civilization that you could play with someone across the table, I was hooked.

Gavin: For those who may not know, you're the 2013 Heroclix World Champion. How was it for you entering that competition and working your way up the ranks?

Jake: It was one of the most amazing experiences of my life.  I have always been someone who, when I jumped into something, I jump all the way in.  My first year competing at Worlds, I didn’t qualify for the finals.  The second year, I went undefeated in the format, winning 13 games in a row.  I put so much time and energy into learning the game, the figures and the strategies, that it was good to finally see it pay off.

Gavin: We're in a day and age where people who compete at that level are reaching celebrity status. What was your take on the experience and the stardom you received?

Jake: It’s been both fun and strange at the same time.  I’ve had people recognize me at non-gaming conventions like WonderCon in LA and Denver ComicCon. Part of winning a Heroclix World Championship is you get to design own figure.  I designed a Harley Quinn figure. The first few times I had someone ask me to sign it was a little bit strange to me. Some people have been amazingly supportive. Unfortunately, there have also been some “creative differences.”  The funny part is traveling to so many events, like I have, you’d be surprised how much nicer some people have been in person compared to their online persona.

Gavin: How did the idea of starting your own gaming convention come about?

Jake: When I won the Heroclix championship, I was then sponsored and able to travel the nation to most of the big gaming conventions.  That's where the idea started.  With my background in entertainment, I then started to do some research. Once I realized that Utah is the top board game market per capita, the ideas really started to flow.

Gavin: With SLC already being con-heavy at this point, did you feel you might over-saturate the market, or were you confident because you were going after an area that didn't get its due elsewhere?

Jake: Utah is one of the fastest growing convention markets in the nation.  While we have an amazing pop-culture market, here we also have a lot of .  Comic Con is amazing at what they do.  However, we never put this convention together to compete with what they do. We are a gaming convention. Our focus isn’t about the celebrity or pop culture, but more about the interactivity of gaming. With this being the first year, we wanted everyone to be able to experience it, and that is why we started our ticket prices so affordable. While we can have over 2500 people playing games at any given time, we also have a lot of demos for people to try. Our goal is to make Salt Lake Gaming Con as interactive as possible.

Gavin: Why the blend of tabletop and video gaming instead of just one or the other?

Jake: I was a fighting game fan for years before I found tabletop gaming.  If I hadn’t been at SDCC years ago and won that Galactus, I wouldn’t have ever learned about tabletop gaming.  While some tabletop games take a bit more dedication to get into, the experience can be amazing. With us blending the two, hopefully, we can help introduce video to tabletop games and tabletop to other types of games that they haven’t been able to experience. The overall goal is to help build the overall gaming community in Utah in all aspects of gaming.

Gavin: This convention is set to be very tournament-heavy on the video game end. What games will you have available for people, and why specifically those titles?

Jake: We have both, actually. The amount of tournaments are about 60/40 video game vs. tabletop and card games. The Magic: The Gathering tournament sponsored by TCG Player has the biggest prize of the convention, with $5000 in prizing.  While we wanted to do every tournament that we could, we also needed to make sure that we would have enough players to play in them. We sat down with our team and picked the top games that we could find the most interest for. As the convention grows from year to year and more games are released, you will see more tournaments available.

Gavin: Are you doing anything to balance out the mix of hardcore gamers vs. newbies, or will it be a free-for-all with people facing others at various skill levels?

Gavin: On the tabletop side you'll have a good mix of dice, cards, clix and other gaming types. How was it for you finding a balance in games that would attract the most amount of gamers?

Jake: The Wasatch Front currently has over 40 gaming stores. That is one of the highest amount of gaming stores per capita in the nation.  Most of these stores play a lot of tabletop games in store. Magic: The Gathering, Heroclix, Pokemon, Yu-Gi-Oh, Fantasy Flight, etc. all have huge fan bases here.  That's what we wanted to draw from.

Gavin: You've got some special guests coming in. tell us about who will be coming and why you chose them.

Jake: Programming can be very challenging for a convention. We looked at a lot of different types of panel ideas. The challenging thing is, gaming is so broad that we wanted to make sure that we had something for everyone. We have brought in Gazillion Entertainment, the creators of Marvel Heroes 2015, to talk about taking a comic book and turning it into a game. We have brought in Rika Muranaka, the composer of Silent Hill, Castlevania Symphony of the Night and Metal Gear Solid.  We have the national touring Geek Comedy Tour. We also have panels for Assassins Creed, Dues Ex, and The Walking Dead games with the voice actors. We have panels on getting into the gaming industry, cosplay panels, speed dating, and all kinds of other things. We have really tried to find a wide variety of options so there is something for everyone.

Gavin: The one event that's got the most buzz around it at the moment is the “Utah’s Biggest Murder Mystery Game” happening on Saturday. What can you tell us about that event?

Jake: One of my good friends, Scott Crampton, owns The Murder Mystery Company. They put on about 5000 shows per year all over the world, but none in Utah.  When I was looking at some fun programming, I had the idea to have them come in and put together Utah’s Biggest Murder Mystery Game. We can have up to 4000 players playing. We expect it to be at capacity for it.

Gavin: Is there anything else you'd like to talk about this inaugural con before it kicks off?

Jake: We have a tremendous staff that we’ve put together to help out with this event. We have people of all kinds of different backgrounds and experiences. We have really tried to look at this con as how can we make this as interactive and as fun for everyone as we can. We really want people to come out and experience what we’ve put together. I’m really excited for it.

Gavin: After the con, what can we expect from you over the rest of the year?

Jake: SLGC has a few things planned throughout the rest of the year.  We plan on having a few smaller tournaments and events spread out at different times.  We also want to be able to help sponsor any gaming tournaments or community events that we can be a part of.  There are a lot of gamers in Utah.  Our biggest goal is to help bring all of them together.