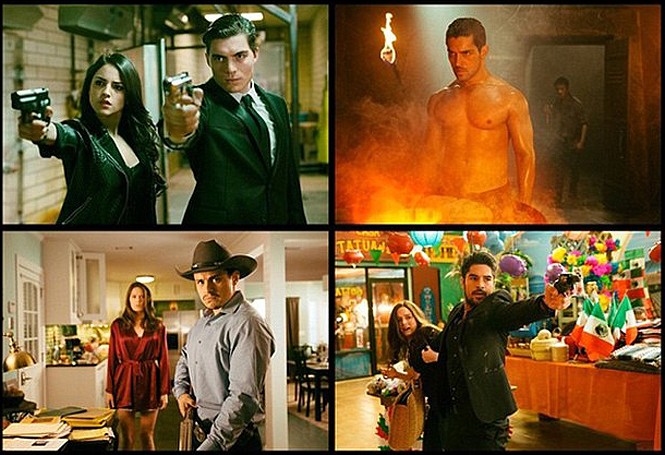 From Dusk Till Dawn: The Series (El Rey) Season Premiere: Never heard of the El Rey Network? Had no idea there was TV series based on the classic Mexi-vampire flick? [Facepalm] Anyway. From Dusk Till Dawn: The Series was Robert Rodriguez's first original series to debut on El Rey (also his network) in 2014, a blown-out, 10-episode expansion of his 1997 movie, with new Gecko Brothers (D.J. Cotrona and Zane Holtz), a new Santánico (Eiza Gonzalez), a new scary-ass adversary (Wilmer Valderrama—yes, really), and an ending that set up a whole new chapter for Season 2 (like Rodriguez was going to cancel his own show on his own network). Check out Season 1 on the on-demand platform of your choice, then come back for Season 2—trust me, it's worth it.