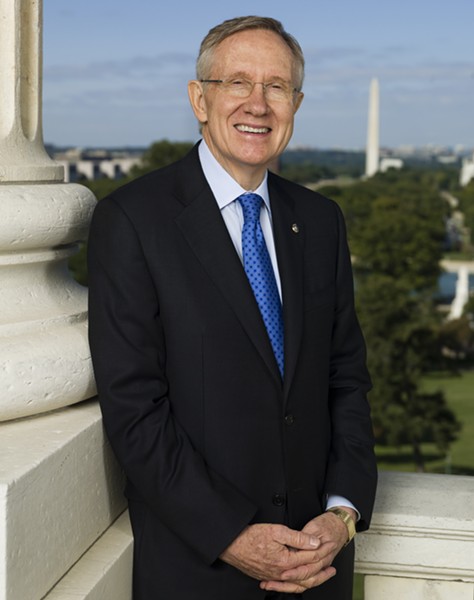 In what is emerging as a titanic struggle between Utah and the federal government, a local prosecutor has confirmed he is investigating a U.S. Senator in Washington D.C.

According to charging documents in 2014, both Shurtleff and his heir apparent as attorney general, John Swallow, allegedly had dealings and received donations from indicted St. George businessman Jeremy Johnson. Court documents referenced in both cases detail how Johnson sought Swallow’s help to ward off civil and criminal investigations into his company’s IWorks’ business interests. Johnson went on to implicate Reid in two bribery schemes.

In an email to City Weekly, Rawlings says as a “special assistant Utah attorney general,” he has statewide jurisdiction to look “into allegations related to Senator Reid and others.”

According to a legal source close to the Shurtleff case, the Utah Attorney General's office gave Rawlings the special designation because of the obvious conflicts of interest the office would face prosecuting two former AGs.

Jeremy Johnson claims that Reid was involved in a pay-to-play bribery scheme focused on gambling, the details of which were published in The Salt Lake Tribune in October 2014.

A transcript of a conversation that Johnson recorded between himself and Shurtleff included allegations about a group of online poker business owners who had funneled $2 million to Reid in 2010 to get Reid to introduce legislation legalizing online poker. According to a June 6, 2013, AP story, Reid as well as Sen. Jon Kyl, R-Ariz., "pursued federal law to legalize Internet poker but ultimately gave up before even introducing the legislation."

That wasn’t the only time the name of the Mormon Democratic Senate leader—who grew up dirt poor in Searchlight, Nevada—was mentioned in corruption investigations relating to the Utah Attorney General’s office.

In charging documents filed in 2014 by Davis County and the Salt Lake County district attorneys, prosecutors laid out a series of email exchanges between Johnson, Swallow and the late Provo payday-loan magnate Richard Rawle. The charging documents allege that Swallow was helping Johnson send funds through Rawle to a contact close to Reid in hopes of securing a meeting with the senator. Johnson claimed he needed Reid’s help to make a Federal Trade Commission case against him disappear. According to court documents, Johnson sent Rawle $250,000, some of which allegedly went to Swallow.

Reid’s Washington, D.C., press office did not respond to two requests by City Weekly for comment on the investigation, but the senator's spokesperson has previously denied any allegations connecting the senator to Johnson and the Utah Attorney General’s Office.

Senator Reid's political position would provide some protection when it comes to a civil prosecution, but not a criminal one. "Just because Reid is in the Senate doesn’t give him any immunity," the legal source says. "If you violate Utah's criminal law, too bad. The fact that you’re a U.S. Senator doesn’t shield you from that." 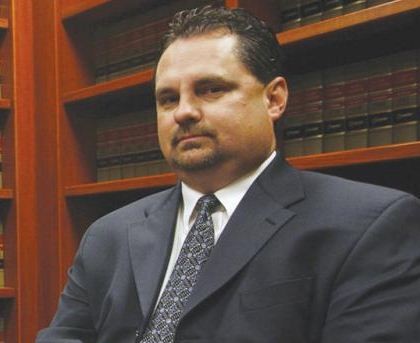 Rawlings' admission that he is now officially investigating Reid comes after Rawlings' recent attempts to force the Department of Justice to hand off evidence the FBI and other federal agencies gathered in other investigations. Targets of those investigations included Johnson, Shurtleff and Swallow.

Rawlings wants to know what the feds did—or did not do—to trace the money that Johnson allegedly gave to Rawle.

Given the adversarial relationship of criminal proceedings, with prosecutor and defender squaring off, it is notable that Shurtleff’s defense team has joined ranks with those prosecuting Shurtleff, to call for evidence the feds are allegedly holding back. Rawlings maintains Shurtleff has a constitutional right to the information the feds have gathered.

Meanwhile, Shurtleff is also attempting to take the feds to task. He recently made a statement—through his attorneys—criticizing the Department of Justice and alluding to the fact that he had served as a confidential informant to the FBI and federal prosecutors, feeding both camps information about Johnson's attempt to bribe a U.S. Senator.

A month ago, Shurtleff's law firm took the highly unusual step of filing a motion in support of Rawlings’ request for the feds’ evidence. “The DOJ claim that it has produced everything the federal government deems relevant to this prosecution is a classic case of the fox guarding the henhouse,” Shurtleff’s attorneys wrote.

It is, however, curious that the Salt Lake County District Attorneys office has not joined Davis County in its quest for material from the feds. Shurtleff’s lawyers have argued that some of the material the Davis County District Attorneys Office is attempting to wrest from the DOJ could have an even greater impact on Swallow’s defense than Shurtleff’s.

Swallow’s attorney Scott Williams did not respond to a voice mail seeking comment.

All the same, Rawlings says the Salt Lake County DA's office does not have to follow his lead in investigating Reid, “if, in their judgment, I am off base.” He adds that cases can and do end up dismissed “for a prosecutor’s knowing failure to pursue and obtain material the defendant is constitutionally entitled to.” Part of Rawlings' dual role as a prosecutor is to find evidence that incriminates but also that can exonerate Shurtleff, he notes.

Salt Lake County District Attorney Sim Gill did not comment as to why his office hasn’t joined Davis County in its fight with the feds but he wrote in an email, “Troy and I have worked the investigation together and are prosecuting the two matters separately. I trust Troy to make the motions he deems necessary for his case, and I assume will be shared with us if relevant materials are discovered as we have with him where appropriate.”

Rawlings writes that he cannot turn away from where the evidence leads him. “To simply ignore and run from what has been presented by multiple witnesses and sources, and the potential impact on the Mark L. Shurtleff case, would mean I am either intentionally blind, or overly worried.”

[Editor's note: This story is updated from its original version, and now asserts that Reid in 2010 considered introducing legislation to legalize online poker. He did not, however, actually introduce the legislation.]