We're in a brand new year with tons of new standup comedians making their way up through the ranks. Wiseguys have a new venue open that looks to be booming on a nightly basis. 50 West is building up more of a resume with traveling comics and local shows. Dozens of independent showcases and have been excelling at impromptu venues. Things are looking up on many ways, it's just up to the comedians themselves to take advantage of everything around them and triumph. This month we're chatting with Jordan Makin about his career and the local comedy scene. (All pictures courtesy of Makin.)

Gavin: Hey Jordan, first thing, tell us a little bit about yourself.

Jordan: Hey engaged readers! My name is Jordan and I'm a recently married 26-year-old that teaches at UVU and works at a hotel once a week. I also enjoy performing comedy.

Gavin: What first got you interested in comedy and who were your biggest influences?

Jordan: I've always enjoyed getting laughs. It probably fills some deep need inside of me for attention and approval that I will have to face more directly at a later time in my life. However, I like the angle that I enjoy making people laugh because it makes the world a better place by providing a small moment of relief to distressed souls. That's the reason I'll go with. So, from making my friends laugh to doing radio and making silly videos in high school to more recently doing standup, comedy has been a big part of my life. Lots of things have influenced me and obviously, the ones I relate most to have evolved over time. I grew up on The Simpsons, Seinfeld, and Adam Sandler movies. I later discovered Judd Apatow which opened my mind to a whole new world of comedic possibilities. I finally got more into stand up thanks to Louis CK, which eventually led me to Marc Maron and his WTF podcast.

Gavin: What made you decide to attempt standup comedy?

Jordan: It was a combination of a few things. During the summer of 2013, I was taking an advanced public speaking class and I made my speeches funny so I had some classmates say, "Hey! You should do stand up!" Don't listen if people tell you that. But I did. However, I was also listening to a lot of Marc Maron's podcast at the time and I enjoyed hearing comedians talk about their experiences on stage and wanted to have those for myself, even the bad ones. Together, with a few friends I was interning with at X96, we made a plan to go to the open mic at Wiseguys.

Gavin: What was it like putting together your first sets and breaking into the open mic scene?

Jordan: I was really, really scared the first time. It was when Wiseguys was still at Trolley Square. I wrote a lot of material about redheads. I had a lot of people come. In retrospect, I made too much of an event out of it. I remember waiting by the wall before I was supposed to go up, overwhelmed with anxiety. Jay Whitaker was hosting and gave me the advice "If you get a big laugh, just get off stage"—it's good advice. That calmed me a little. My first set actually went really well. I still use one of the jokes I did that first time. I'm not sure if that's a good thing. I was so pumped after my first time that I went back the next week with undeserved confidence and bombed my booty off. I got one laugh from one person. That person was Alex Velluto, who I didn't even know at the time. You can hear his lone cackle on the video that I will never show anyone. It was rough. 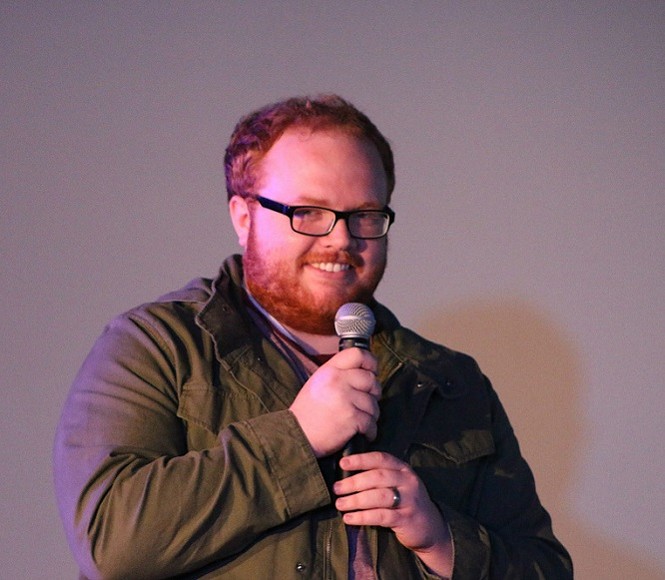 Gavin: What were some of the biggest lessons you learned about performing when you first started?

Jordan: Those first couple of times taught me to not get too high or too low based on one performance. I still struggle with that. I've had to learn that things I find funny won't necessarily be funny to an audience and sometimes beats in jokes that I didn't find funny will get laughs. Stand up really shatters any confidence you had in yourself about how funny you are, but then helps you craft and articulate your humor if you put the time into it.

Gavin: What's your process like coming up with new material and figuring out what to use?

Jordan: I wish I could just sit down and go "let's think of a joke now!" but that just doesn't work for me. I'll have ideas pop into my head when I'm waking up, showering, driving, or something like that. I'll do my best to quickly save the thought in my phone—yes I'm sure I've even typed it into my phone while I was driving before because, for some reason, the thought of losing an idea that potentially will get no laughs is worse than potential death to me and others. I'm sorry. I'll be better. I return to the thought later and flesh it out with all the ideas I have. I write it out word for word, but I don't follow that on stage. It just helps me construct the ideas in my head. 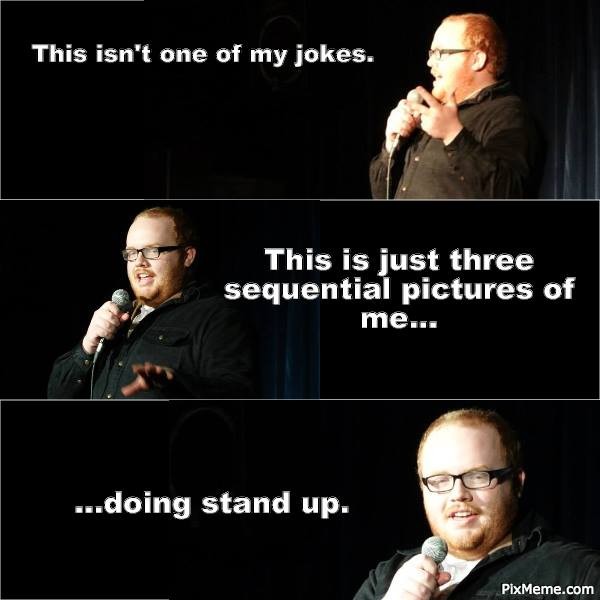 Jordan: I really love the standup community here. It's one of my favorite parts of doing comedy. Comedians are generally smart, clever, and uninhibited, so interacting with them is constantly exciting and unnerving. Some complain that the scene is clique-ish, which it is, but I like it. I haven't emotionally evolved since my high school so cliques are fun. Inter-clique communication is always friendly.

Gavin: What's your experience been like working both the indie circuit as well as the big rooms in SLC?

Jordan: I have had good experiences in the different kinds of rooms Utah has to offer. Wiseguys is the best place for comedy in Utah, but I've also been part of fun shows in SLC bars, Provo art museums, and even the Elks Lodge in Tooele. It's worth mentioning that, at that Elks Lodge show, Nick Smith spewed 15 minutes of verbal filth onto this large group of older people and I've never seen audience laugh so hard. It was amazing. 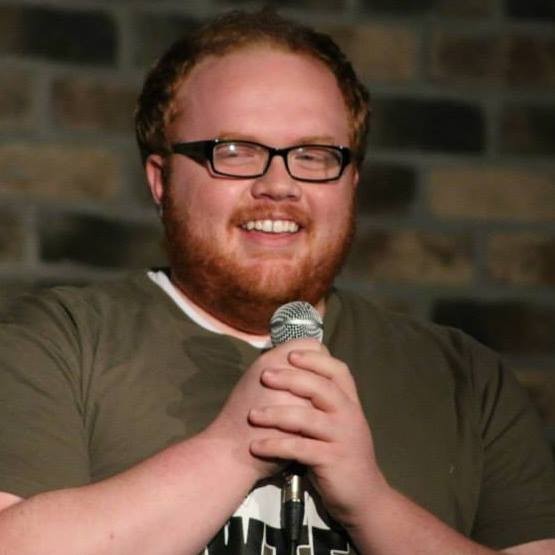 Gavin: What's your take on the Utah standup scene and the people coming out of it?

Jordan: There's really a lot of talent here so it's always exciting to hear about people going to festivals or getting on The Bob & Tom Show. It's only a matter time before someone makes it BIG and I can only hope they like me enough to give me a staff writing position on their sitcom.

Jordan: As I mentioned before, the scene has its cliques, so I gotta give it up for my clique, The Bad Boys of Mormonism: Alex Velluto, Eric Ripley, Andrew Hobbs, and Mike Schooley. Jay Whitaker calls us "Handshake Jordan and the Friendly Approachables." But really there's lots more I enjoy: Mac always does things that make me laugh. I'm glad Shayne has kept him alive. The insane ramblings of Jackson Banks and Amerah Ames bring me great joy. All the Wiseguys headliners are crazy talented and hilarious: Andy Gold, Christian Pieper, Jay Whitaker, Steve Soelberg, Spencer King, Josh Fonokalafi, Marcus, Guy Seidel, etc. And, of course, the Godfathers of Utah comedy, Keith Stubbs and Rodney Norman are fantastic. I'm sure there are more that I'm missing, but it's late and this question has given me enough anxiety already. 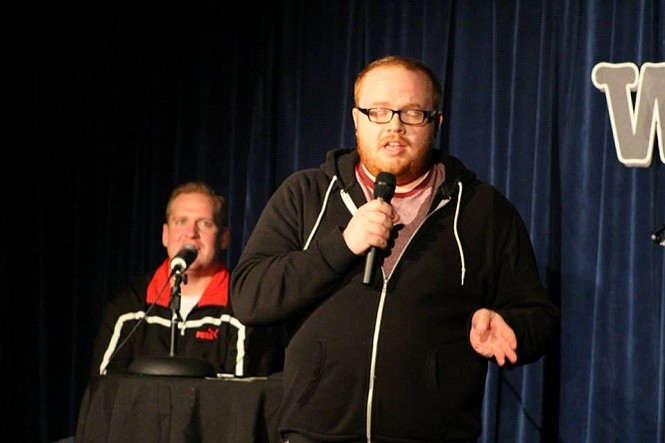 Gavin: What are your thoughts on the current club system, both major and indie, and the work they do to promote comedy?

Jordan: It's great that there's a lot of places where local comedians can develop their craft. It's even better when those places can draw and entertain a crowd, so I appreciate any work that is done to promote stand up comedy. Wiseguys being in downtown SLC is really exciting, as it is exposing more and more people to quality stand up.

Gavin: What's your opinion of national stand-up comedians coming through town, and what impact do you believe that has on the local scene?

Jordan: My opinion of them is that they should stay the EFF out of Utah. Just kidding. It's great. They obviously have a positive impact: bigger draws, more exposure for local comedians, etc. Also, it's always fun to take a picture with someone you're a fan of and post it on social media for all your friends to be jealous of! 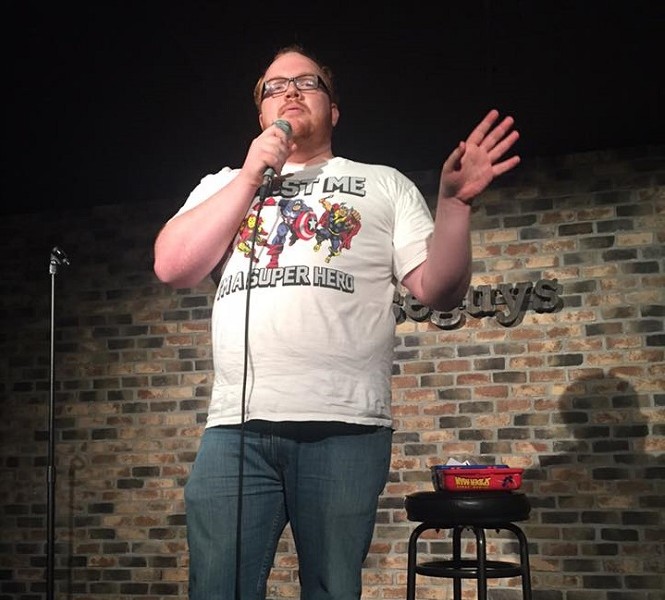 Jordan: Listen to the audience. Don't force a personality or demeanor that isn't really true to you in some way. Don't talk about the lights or compare stand up to sex. Don't wear shorts; your legs are gross. Don't go over your time. Keep writing and trying out new stuff. Show up to open mic later than me so I don't get left off the list.

Gavin: What can we expect from you during 2016?

Jordan: I hope to be on lots of shows at Wiseguys and other places so you can expect lots of annoying self-promotion for those shows on Facebook and Twitter. There will be more of my podcast, The Happy Valley Podcast, and more personalized memes.