No More Inspections On Local Food? 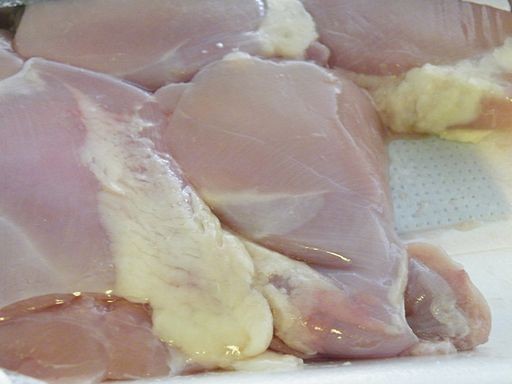 A new law proposed at the legislature would drop requirements for some of the food we eat to go through any type of safety inspections or certification. While supporters tout it as pro-free market, opponents worried it could lead to many Utahns getting sick.

The Food Freedom Act, proposed by Rep. Marc Roberts, R-Santaquin, exempts food producers from “state, county, or city licensing, permitting, certification, inspection, packaging, and labeling requirements for the preparation, serving, use, consumption, or storage of food.” It would apply only to food that is sold in-state, must be sold directly from the producer to the end-consumer (not to grocery stores or restaurants). It also would not apply to meat, wild game, or wild fish, but it would apply to poultry like chicken or turkey.

The bill was heard Friday, Feb. 5, in the House Natural Resources, Agricultural, and Environment Committee. But despite hosting a press conference on the bill one hour before the committee hearing, Rep. Roberts was conspicuously absent from the hearing itself.

“I saw Wyoming do this last year, and I thought ‘Hey, that’s a cool bill. That’s a cool idea,’” Rep. Roberts told City Weekly before the committee hearing. “I like local agriculture and local farms, so I get into that sort of thing, being self-reliant and all those buzz words.”

Roberts says there are a lot of people in Utah who want access uninspected food, who don’t like or don’t trust government regulations and safety inspections, and prefer to buy food free of those restrictions. “This gets government out of the way for those producers and those consumers,” Roberts said.

The proposal has raised red flags, however. Travis Waller, director of the regulatory services division of the Utah Department of Agriculture and Food says existing laws allow Utah producers to sell produce (fruits and vegetables) without any restrictions, as long as they are not preparing or cooking the produce in any way. But things get very dangerous when you start talking about poultry or dairy.

“There may be a market for it,” Waller says, “but there still needs to be some checks and balances in place. We’re willing to work with people and help them get their products to market, but it can’t just be the Wild West or people could get hurt.”

Waller adds there is much higher risks of food-borne illnesses with things like chicken and dairy, and pointed to recent Utah outbreaks, like in 2014 when 45 people were infected with campylobacter after a Weber County dairy failed to follow regulator’s sanitation protocols. He also pointed to a 2007 outbreak in Utah County when another dairy farmer’s milk was contaminated, and another instance when a Community Supported Agriculture (CSA) farm caused an outbreak of salmonella when they delivered untested food to the public. LuAnn Adams, commissioner of the Department of Agriculture and Food adds that existing food inspections and regulations are very minimal already, and include things like making sure pets are not in the kitchen when food is prepared, and correctly labeling what is in food.

The Utah Department of Health, whose representatives also spoke against the bill at the hearing, has repeatedly warned against consumption of products like raw milk, because without pasteurization the bacteria common to milk can still be alive when you drink it. Health department officials say food-borne illnesses can be especially serious for young children, pregnant women, the elderly, or anyone else with a weakened immune system.

Roberts disagrees, and notes that his bill has the backing of Red Acre CSA farm in Cedar City, McDowell Family Farms, some smaller local producers, and the conservative Libertas Institute.

While Roberts says that under his bill, consumers would be encouraged to talk with the producers to find out how the poultry or dairy is produced, he does concede that if his bill were to become law and the safety inspections were removed, there’s nothing that would prevent a producer from lying to customers about their process. “That’s where the market is a beautiful thing in my opinion,” says Roberts, “why would a producer sell [tainted] food because his interest is to make sure his customers are healthy. So yes, you could get sick. There’s always going to be bad players in the market—in any market. But by-and-large, [producers’] incentive is to make sure their customers are healthy and happy.”

Waller agrees that the majority of food producers would do their best to make sure their customers never get sick. However, he says, it’s not just about the consumers who choose to take the risk and purchase uninspected foods, because many food-borne Illnesses are communicable and a family who gets sick could spread infections to others who did not eat the uninspected food. "We're talking about potentially bringing back diseases that we've had very nearly eradicated for 100 years. It just doesn't make sense."

That’s precisely what makes the Utah Farm Bureau Federation nervous. Sterling Brown, the UFBF’s vice president of public policy, says they oppose the bill because if Utahns become worried about the safety of local food, they might start buying from all local producers and not just those who are selling the uninspected food. “Consumer confidence is imperative to a sustainable, viable, growing agriculture in Utah,” says Brown. “There has to be some level of inspections on our food, to ensure that when it reaches our kitchen counters, it's a safe product.”

Brown says that he doesn’t buy the idea that just because a customer is told that the raw chicken or milk they are buying wasn’t inspected, that means the customer is well-informed. “Consumers are gullible, we just buy it and eat it. Just as I would think you would support some level of inspection on a house before you buy it to make sure it was built correctly, there needs to be some level of minimum inspection on our food.”

Carl Ingwell, the head of Clean Air Now, disagrees and says he supports the bill because “this is the trend in food today, people want to have their food go through as few steps as possible between the producer and their table.” While Ingwell acknowledges the difference between heavily-processed foods and safety inspections, he likens Roberts' bill to it to the national trend away from those processed foods from multinational food corporations. "Anything we can do to get people closer to the producers, the better," says Ingwell. "I think this could help push more people to buy locally."

Nick Como of The Downtown Alliance, which runs the state’s largest farmers market, says the bill won’t impact them either way, because they already have internal rules that forbid food products like poultry and dairy which haven’t been inspected to make sure it’s safe. So even if HB 144 were to become law, uninspected poultry and dairy won’t be turning up at the Downtown Farmers Market, although they would appear at other farmers markets that don't have those internal rules, along with roadside stands, and direct sales from farms.

Roberts did not respond to press requests after the hearing.