Democratizing entrepreneurship for those needing help

March 15, 2016
comment
For a new business, putting a business plan into motion can be difficult. Many turn to startup organizations and community hubs to get going, but few are sure what they're looking for or how to find it. With that in mind, Sustainable Startups has been helping bridge the gap between idea and fruition by pushing entrepreneurs toward the resources they require. 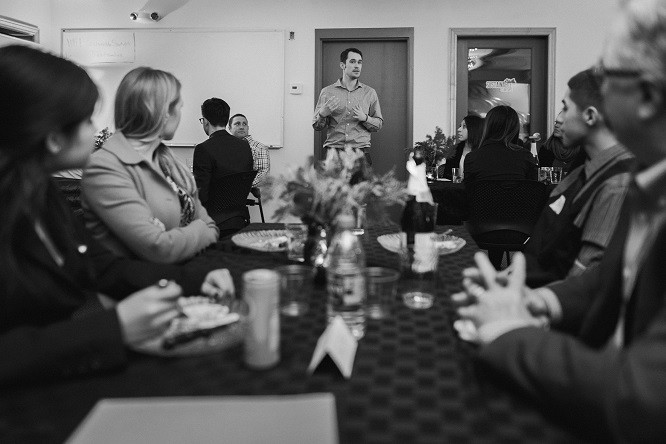 Founded by Ian Shelledy and Robert Bell in early 2014, the duo and much of their team came from the University of Utah where they worked to commercialize technologies developed at the U. The nonprofit organization works to help underrepresented entrepreneurial areas, such as clean tech and social enterprises. They also strive to help women, minority and youth entrepreneurs, as well as those from low-income households. Their primary focus is to help those just starting out, as opposed to established startups or those who need a boost.

“There already are a lot of resources and assistance available for entrepreneurs and startups who are somewhat established and have traction,” says Shelledy. “However, there was not a lot out there for people right at the beginning. People who said: 'Hey I have this wild idea and I want to start exploring it.' We wanted to serve those people.”

Sustainable Startups focuses on the people behind the idea. Programs such as the Entrepreneurship Incubator are designed to boost skills and confidence. This 12-week program teaches the basics of starting a business from scratch using the least amount of financial resources possible, adding greater worth to their product as it grows. Sustainable Startups also offers an interactive discussion series that invites successful startup founders to speak about what worked for them.

The programs ultimately serve three types of entrepreneurs: underserved, social and values-driven. Shelledy says that the first two need the most help (as other organizations don't care about them too much), while the third is part of Sustainable Startups makeup in incorporating personal values into a business. “Doing this can fundamentally change the way business is done. Suddenly, decision-making isn't just based on short-term financial returns, but something more. It keeps founders grounded and spending their time doing things they believe in and feel are worth doing,” said Shelledy.

The future is looking bring for more programs to come. “Our youth entrepreneurship program, Idea Factory, is growing quickly as well,” said Shelledy. “We will be … partnering with the Leonardo Museum for Mind Riot 2016. Additionally, we have partnered with Entrepreneur Learning Institute, to provide their Ice House program to the Wasatch Front.”

The Ice House program has been in practice around the U.S. for some time now, allowing participants to engage with successful "unlikely" entrepreneurs and learn directly with first-hand experience. It allows candidates to develop while being in real-world situations. Other programs that people can take take advantage of include: the CoWorking space, which allows entrepreneurs to collaborate in a single space; Sustainable Soirees, which gives women a monthly meetup to build their network and find support through others trying to achieve the same success; and the Idea Factory: Youth Entrepreneurship, which is designed to help the next generation get a head start while they're still in high school.

The space itself is fantastic in downtown SLC, located a block from the Library Trax station, giving those with low income the ability to access it through public transit. As well as affordable plans that even at the cheapest level give potential startups the tools they need to get off the ground and move toward launching their business. And while success is never a guarantee, at the very least the organization is giving anyone who wants to change their careers and live their dreams the best possible chance to achieve it.